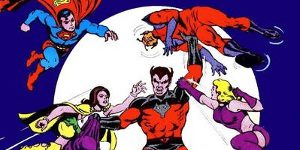 Say what?  That doesn’t sound like a Fabulous Find, you might be thinking, and you’d be correct.  I thought I’d do something a little different this time, as I am fighting the dreaded deadline doom!  I’ve pulled out one of my first blog posts and have given it a bit of spit and polish.  Hopefully you’ll bear with me and allow me to drop some knowledge on you, that you just might not know, or if you were one of the few reading my blog post way back in the day, have forgotten.

Back in the late 1950’s when DC Comics began publishing new adventures of heroes, with golden age names, like the Flash and Green Lantern, etc. The fans and collectors of comic books, like Detroit’s own, Jerry Bails, as well as, Don & Maggie Thompson, and a young Missouri teacher, by the name of Roy Thomas, started up an active comic book fandom, they looked back at the heroes and comics that were published during their youth. These included The Justice Society of America in All Star Comics and Captain Marvel, today known as Shazam, in Captain Marvel Comics and Whiz Comics, as well as, quite a few other titles during the heyday of the strip! 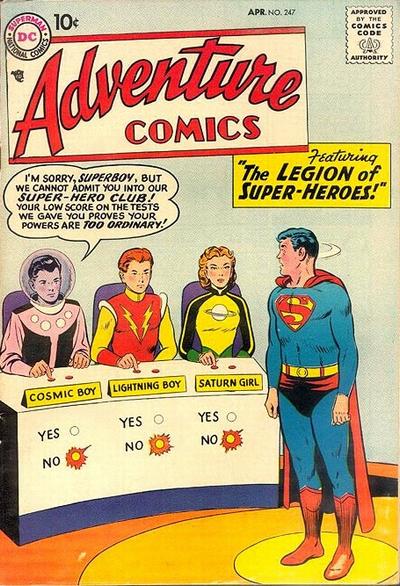 Also first appearing during the 1950s, within the pages of Adventure Comics, were a group of teenagers, from the future, who formed a club of super-heroes, named the Legion of Super-Heroes. From their first appearance, within the pages of Adventure Comics # 247, published by DC Comics, this group of young super-heroes struck a chord with comic book readers of the day. The group soon went from occasional guest stars in Adventure Comics, to taking over as a co-feature with Superboy, to eventually taking over the whole book, where the strip reigned for a number of years. The group drew a large fan following, but eventually, the shine wore off the Legion series and they were bumped from the comic by Supergirl!

The Legion were then relegated to occasional back-up stories within the pages of Action Comics.  So what has all this got to do with Legion fandom? Well, it was about this time, in 1971, when a young Paul Levitz, fourteen (14) years old, and a great fan of the Legion comic book series, wrote an article for a fanzine entitled: “Hero History: The Legion of Super-Heroes”. He covered all of the Legion adventures within the pages of Adventure Comics, as well as, Action Comics, that had been published up till then. At the same time, another fan named, Mike Flynn, founded The Legion Fan Club, via a letter that was published in the letters page of Superboy # 182, asking for fellow Legion of Super-Hero fans to write to him and join the new club. He also asked them to send post cards with their favorite Legion member, as well as, their birthdates. 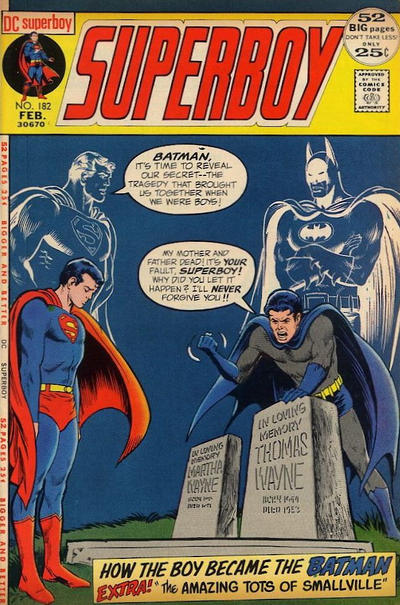 Almost simultaneously, DC editor, Murray Boltinoff, and the powers that be, at DC Comics, decided it was time to maybe reintroduce the series and they decided that the comic, Superboy, was the place to do it in!  In the same issue of Superboy that Flynn’s letter appeared, an editor made note of the fact that they had never received so many letters asking for new and longer original Legion adventures. Letters which came, not only from the United States, but from Canada, the United Kingdom and Northern Ireland. In fact, I was one of those fans at the time who wrote in. My best friend, Jamie Robbins, and I, wrote to DC Comics begging them to BBTLOSH, or Bring Back The Legion of Super-Heroes!

And they actually listened to us fans, as editor Boltinoff, put together a new team to see what they could do with this, former, hot commodity! He paired writer, Cary Bates, with artist, Dave Cockrum and the rest, is as they say, is history!  The next mention of the Legion Fan Club was on the letter page of Superboy # 188, and the ranks of the club had swelled to one hundred and forty-three (143) members. The stated goal of the club was to get the Legion of Super-Heroes back into it’s own title! With that in mind, The Legion Fan Club decided to print their own newsletter about the Legion of Super-Heroes and dubbed it; The Legion Outpost.

The first issue came out in 1972, a fourteen page newsletter, filled mostly with notices of fans running for Legion of Fan Club leadership positions. With the second issue, Harry Broertjes, a freshman at Northwestern University’s School of Journalism, became its editor and it evolved into something else, a fanzine!  With this switch, The Legion Outpost, became a success and attracted, not only the attention of Legion fans, but also comic book professionals, particularly, Murray Boltinoff, Cary Bates and Dave Cockrum! They wrote articles and provided art to the new fanzine. Cockrum previewed new members and new costume designs within its pages. The goal of the club was realized, when in September 1973, the Legion of Super-Heroes received a new “permanent” home as a feature in Superboy # 197. Boltinoff even wrote a guest editorial for the summer 1973, Legion Outpost # 4, in which he credited the Legion Fan Club membership for bringing the Legion back to its monthly publication schedule! 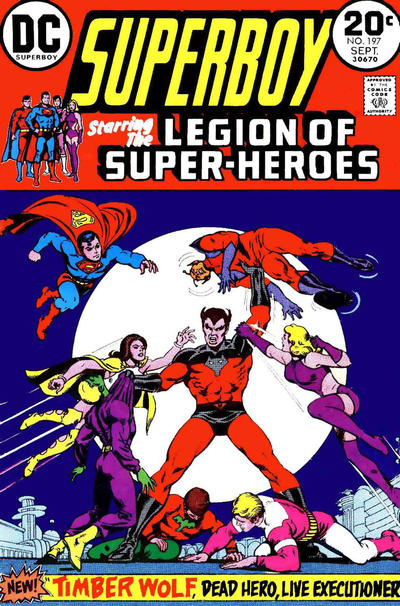 The Legion Fan Club and The Legion Outpost, saved the Legion, just as viewer mail, saved the original Star Trek television series, for one more year! It was one of those rare instances when fan feedback actually made a difference. The Legion Outpost didn’t just stop its influence there, as with the Summer 1974 issue, Harry Broertjes, tracked down and interviewed writer, Jim Shooter, who at the time hadn’t been part of the comic book industry for four years. Broertjes and fellow fan, Jay Zilber, visited Shooter in Pittsburgh, and convinced him to return to comic books. As a result, Shooter traveled to New York, and subsequently, became a writer, once again for the Legion of Super-Heroes comic. But he soon left to become an editor at Marvel Comics!

It was at this time, Paul Levitz, now nineteen (19) began writing for DC Comics and he gladly took on the Legion of Super-Heroes. He was paired up with a number of new artists, such as James Sherman, Mike Nasser and Steve Lightle.  DC Comics at the time, also published an in-house fanzine entitled; The Amazing World of DC Comics, and in issue # 9, they devoted the whole book to … The Legion of Super-Heroes! This issue provided in depth information about each Legionnaire, their planets of origin, their clubhouse, their equipment, their constitution, their enemies and allies, as well as, a Legion comic book checklist, listing all the appearances of the Legion stories to date. That book is still hunted for today, by collectors!

Before I end, I want to mention the formation of the first Legion of Super-Heroes amateur press alliance/association, or apa, Interlac. This amateur publication was started by Legion fan, Rich Morrissey, though he called it LEAPA, which stood for Legion Amateur Press Association in June of 1976. The name didn’t last, as three issues later, LEAPA became Interlac. It began with only fifteen members and its first mailing was all of twenty-six pages, but it has grown, in size of membership and size of mailings over the years. This apa, and a few other Legion apas, still exist today and are going strong! I, myself, belong to a Legion apa, entitled; APA-LSH, which was formed in 1993 and is celebrating it’s twenty-fifth year anniversary this month.

That may have been more information than you wanted to know, about the beginnings of Legion fandom, but I find it interesting, that such staunch fans of a little story, created by writer, Edmond Hamilton and artist, John Forte, which appeared in Adventure Comics # 247, could do so much in the years since. So remember … Long Live The Legion!

Let me know if you’ve enjoyed this different Fabulous Find, this week, and please return next week for another RETRO REVIEW.