Strange Times & Places: Batman The Doom That Came to Gotham 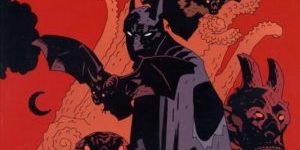 Batman, after being beaten up several times.

Welcome back to Strange Times & Places, where today we put Batman in a genre he rarely visits, Lovecraftian cosmic horror, in Batman: The Doom That Came To Gotham!

It’s an Imaginary Story, utterly divorced from anything more than cosmetically familiar from the mainstream DCU.

Bruce Wayne and his crew (Alfred Pennyworth, Dick Grayson, Jason Todd, and Tim Drake) investigate the mysterious disappearance of the Cobblepot Antarctic expedition and find only one “survivor” – a walking corpse who requires refrigeration to exist. This sets off a series of events that will expose a conspiracy dating to Gotham City’s founding and lead Bruce to realms beyond reality, beyond understanding. 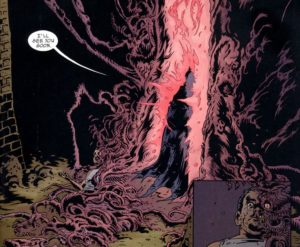 Come Back Next Week for Another Installment of Tokusatsu Gesundheit!