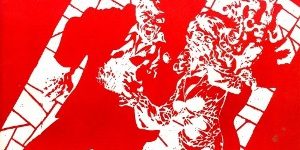 Hey there, fans, friends and family! It’s time for another Fabulous Find this week. And, as such, I have delved into the fanzine annex of the Comic Book Vault, buried deep beneath a secret location. Well, it’s secret, if you don’t know where my basement is. This week I’ve unearthed a couple of science fiction fanzine, rather than comic book fanzines. They are Syzygy # 1 and Syzygy # 2. They were published by Simon Jester Publications, out of Virginia, and edited by Ron Baker. 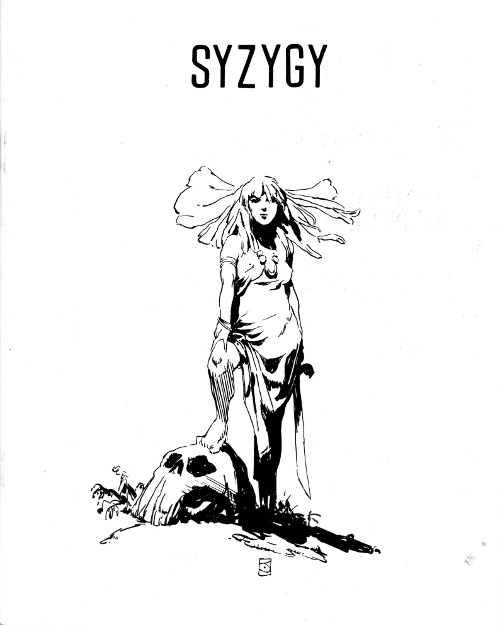 As you can clearly see, it sports a very nice Jeff Jones pen and ink cover.  He also provided the back cover, but I’ll show you that a little later.  The fanzine is more of a prose than an art zine, as well.  So that is it’s first strike in my book, as you all know by now, I tend to be an “art guy” rather than a “story guy’!  It does have a five (5) page portfolio reprinting Gustav Dore‘s work, entitled; “Gods And Demons”.  The art is nicely printed and excellently presented, but if you know Dore, he’s not for everyone.  So let’s call this strike two!

All of the stories run one (1) to eight (8) pages.  Finally near the end of this first issue is a strip entitled; “Visitor”.  It runs just four (4) pages and it is written by Bob Lewis with art by Mark Cheshire.  It’s an end of the world story, so even though it’s told in a graphic story format, rather than prose, it really doesn’t do it for me.  So strike three!

Which brings us to the back cover, as I said earlier, also done by Jeff Jones.  Here it is: 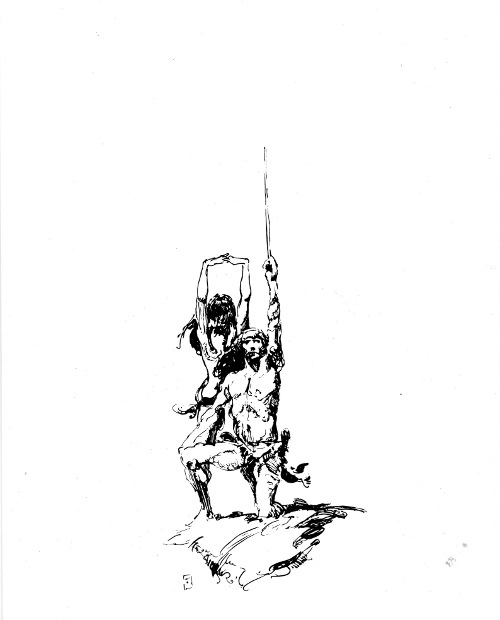 Syzygy # 1 back cover by Jeff Jones

So, even though the fanzine really is not for me, I bought it for the Jeff Jones covers.  If you care about such things, my copy is numbered 372 of 511 copies.  The whole thing ran thirty-two (32) pages, including the covers.

So let’s move on to the Syzygy # 2.  Here is it’s cover, as drawn by artist, Jim Steranko: 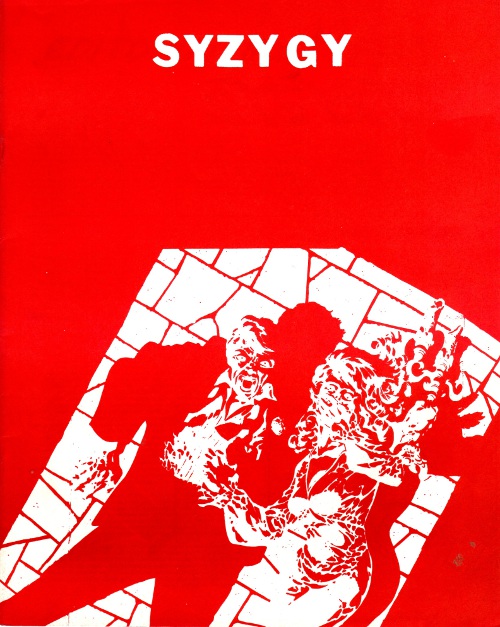 The cover was originally meant for Marvel Comics‘ Tower Of Shadows # 1.  But Marvel chose not to run Steranko’s cover.  Maybe they thought it wasn’t clear enough, you be the judge!  So Marvel’s loss was Ron Baker’s and Simon Jester Publications’ gain.

Oh, on the inside front cover, Baker provided the definition of the fanzine’s name.  Seems quite a few of his readers wanted to know.  So what does Syzygy mean?  Well, in astronomy, either of two opposite points in the orbit of a planet or satellite, especially the moon, where it is in opposition to ot conjunction with the sun.  Also the points in the orbit of the moon when it is new and when it is full; the line joining these two points is called the line of the syzygies.

Well, that certainly made it clear, didn’t it?

Again, the second issue is primarily a prose zine, featuring stories that run from one (1) to seven (7) pages.  It does offer a four (4) page portfolio section.  This issue/section has full page art by Will Meugniot and Val Mayerik.

And as last issue, near the back of the zine is a two (2) page prologue to a graphic story featuring a character named; Star-Streaker.  Plus a one (1) page looking ahead to Star-Streaker’s battle against someone named Deathlord!  I’m not sure, but I don’t think this story was ever continued anywhere.  It is written and drawn by Frank Alarcon.  If anyone knows of where it was continued, I’d love to know, if it was indeed ever published somewhere within fandom.

And finally the back cover, as drawn by William Wallace: 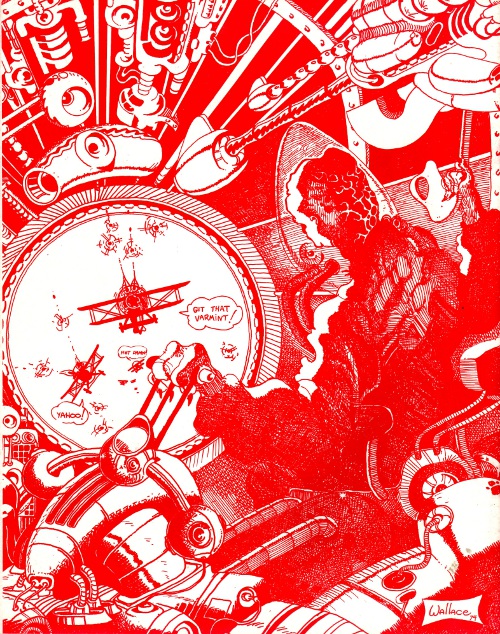 One thing issue two has going for it was the color red used in the front and back covers.  It really makes this issue stand out!  Well, that and the Jim Steranko cover.

The second issue also runs just thirty-two (32) pages and each issue is numbered.  My copy is numbered 389 of 510.  The only other thing to note are the sizes of these fanzines, they measure eight (8) inches by ten (10) inches.  That’s just a little bit unusual, not comic book size and not magazine size either.