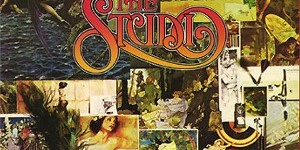 Hey ho everyone!  Sorry that I’ve been missing for the last two weeks.  Hope you didn’t miss me too much.  What’s that?  You didn’t even know I was gone?  Well, whether you missed me or not, I’m back this week, with a new Fabulous Find.  And I’ve brought along the 1979 first edition book, entitled; The Studio.  It was published by Dragon’s Dream and features the four artists that made up The Studio, and they were; Jeffrey Jones, Michael Kaluta, Barry Windsor Smith and Bernie Wrightson.

Take a gander at the cover: 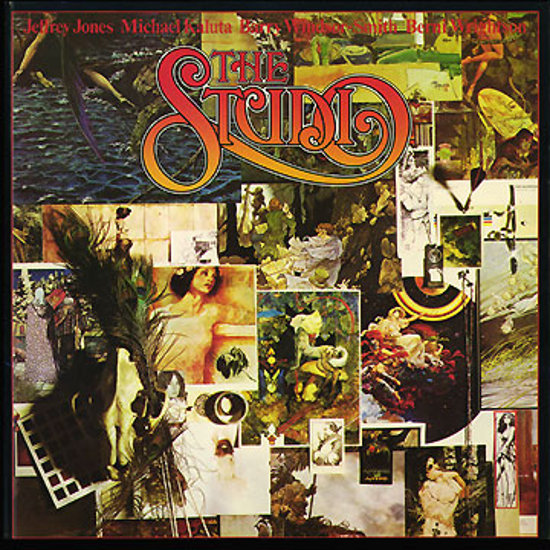 The four artists came together in 1975 and formed their small artist’s loft commune in New York City, specifically Manhattan’s Chelsea district.  They even were known as the “Fab Four”, during this time, but certainly never had the worldwide appeal that the other and original, “Fab Four”, The Beatles, commanded!

The studio space was a converted machine shop with high ceilings, ideal for our artistic foursome.  The space allowed each artist to have his own space to work upon their various projects, but also allowed them to interact with each other and share influences.

By 1979, the four artists had produced enough material to issue an art book under the name; The Studio, and this is that book.  Ironically that same year, 1979, that the book was published the four artists closed the Studio and moved to independent projects and work spaces.

The book provides an introduction with basic information about each of the artists and their initial difficulties being able to work around each other and how they made their quarter of the loft their own world.  Then the book is divided into four sections, with each section given to each of the artists.  If you are wondering how they decided who got to be first and in what order, it was done alphabetically, by last name, first up was Jeff Jones, then Michael Kaluta, followed by Barry Windsor Smith and finally Bernie Wrightson.  And the book wraps up with a two page index covering each artist’s works within the book.

Here is a pic of the four friends and fellow artists: 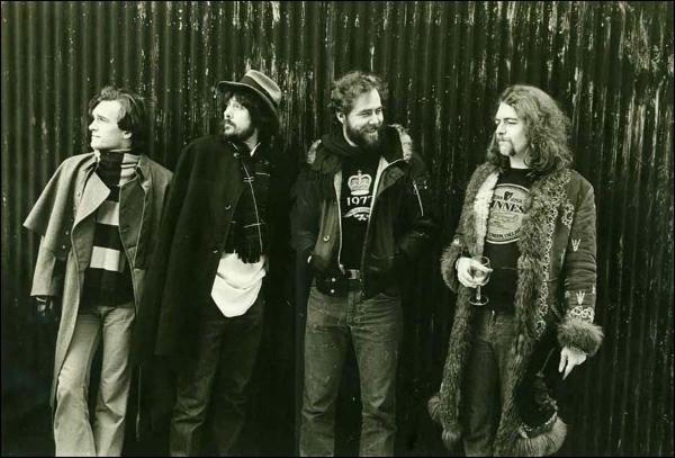 Oh, one more thing, Barry Windsor Smith designed the logo for the book, though it was used in a slightly different form on the cover, take a look and compare the two:

As you can see the peacock feathers, ivy and skull have been removed , though if you look closely at the book’s cover, you’ll fine the feathers and skull represented.

For this Fabulous Find, I’ll show just a couple of pieces of art from each artist, but the book is well worth owning, at whatever price you’ll have to pay, and is simply filled to to the bursting, with glorious art from each of these fabulous gentlemen!  As is the book, I’ll show their art in alphabetical order.  So first up, Jeffrey Jones, and 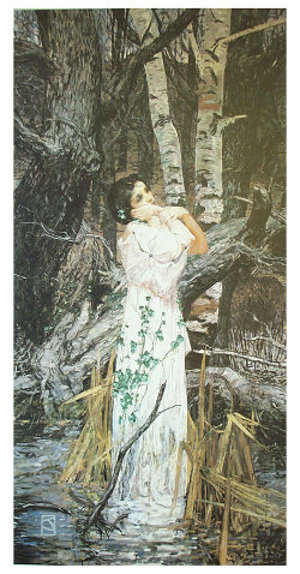 As you can see, Jones first did  a number of studies before undertaking his Bland Narcissus painting.  Maybe it’s just me, but I like the study better than the finished painting.  But then again, I’ve always loved his pen and ink work, like his work on Idyl from a couple of years earlier.  That just might make it into a future Fabulous Find, as well.

Here is another work by Jones, it’s entitled; In a Sheltered Corner and is from 1978. 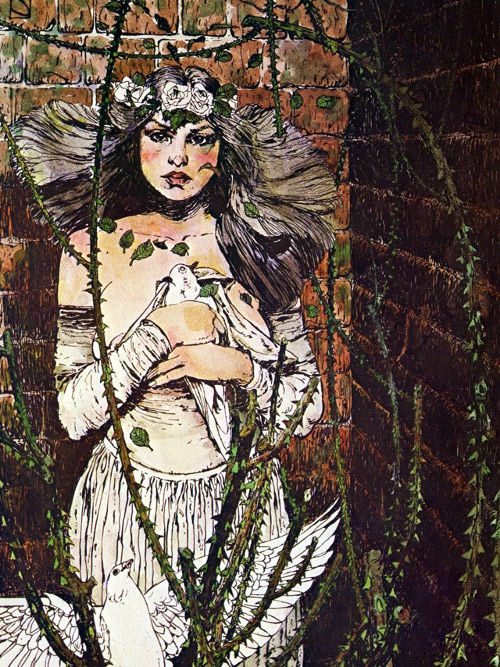 In a Sheltered Corner by Jeff Jones 1978

Next up is Michael Kaluta, in the book and here in this posting.  Both pieces are from 1976.  I once owned both in poster form and may still have the second one, but I think the first piece was damaged in shipment and I never received the replacement copy if my memory serves me correctly.  The first features Lamont Cranston and Margo Lane, as well as The Shadow! 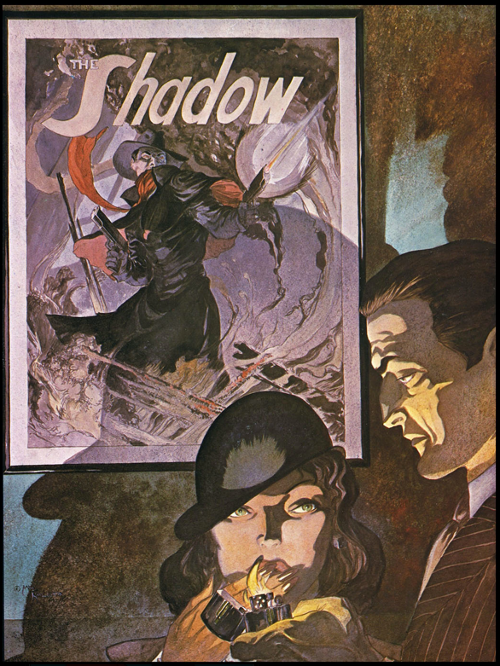 And the second is entitled; Icarus Had a Sister, take a look: 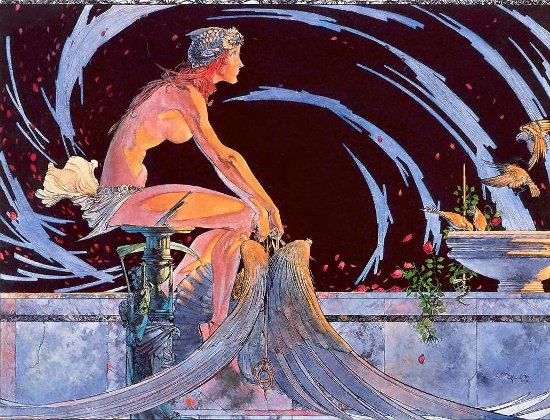 Icarus Had A Sister by Michael Kaluta 1976

The book tells of Kaluta first bringing his own personal stuff to decorate his portion of the Studio, and soon each of the other artists followed his lead.

Barry Windsor Smith is the third artist represented in the Studio and as I have stated on many different occasions, here, there and everywhere, he is my all time favorite “comic book” artist, though he is certainly not just a “comic book artist” by any means! So please forgive me if I show an extra work by him.  First up is his Pandora print, which I own and have framed in my house: 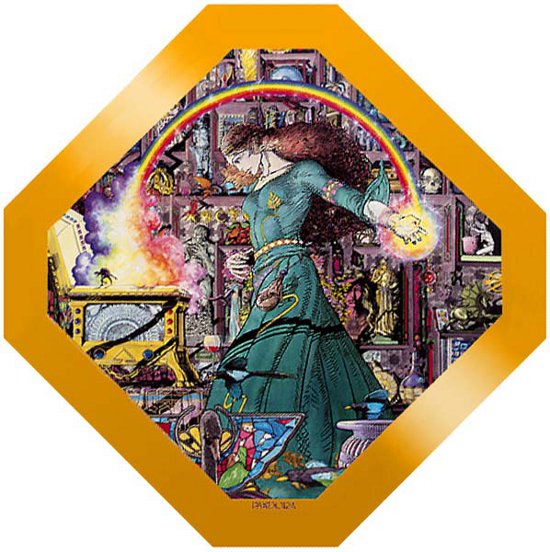 Next up is another framed art print I own and proudly display, Fate Sowing the Stars, which is from 1977: 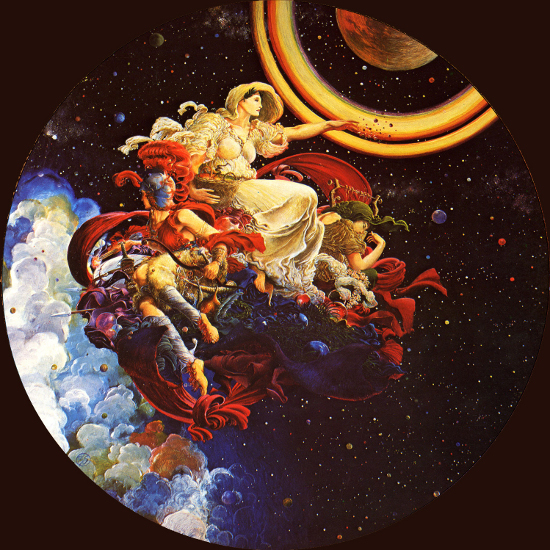 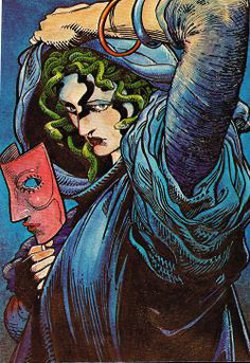 And finally it’s Bernie Wrightson’s turn, batting clean-up, so to speak.  From him I’ve selected, Taking No Chances, from 1977: 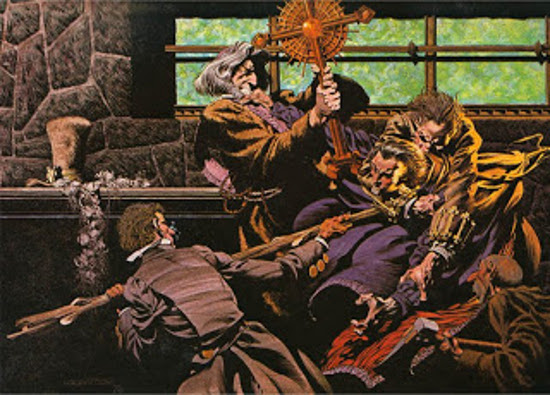 Taking No Chances by Bernie Wrightson 1977

As you can see, it depicts a battle royale against Dracula!  And for the second piece, something a little more quiet, entitled; Ssshhh! from 1978: 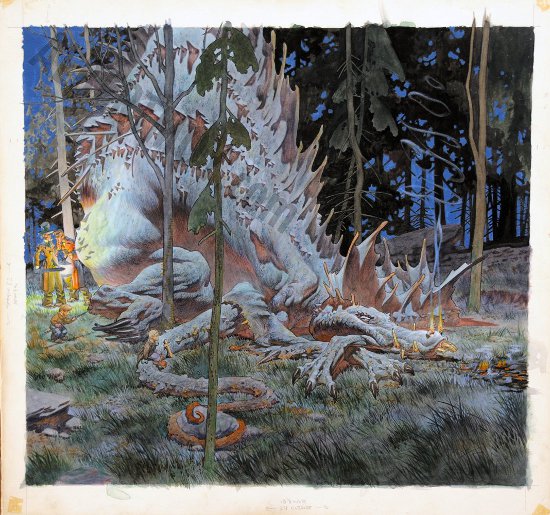 And before I wrap things up, hpw about one more picture featuring the four Studio members: 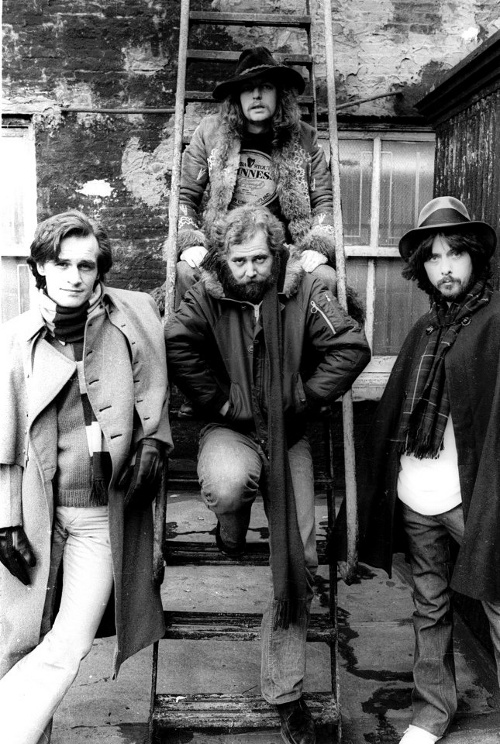 Dig their wardrobe selection!  As I said earlier, this is a great book and if you can lay your hands on a copy, it would be worth owning, if for no other than all the great art reproduced within.  Though checking on eBay, I found just one copy, and the seller wanted $180.00 for it.  Amazon has a used water damaged copy for $75.00 and a couple of others around $ 100.00 to $150.00. So you might want to think it over before you spent your money, as the book originally sold for just $12.50.

The book itself, is an oversize art book, measuring 12 by 12 inches, or the size of an music album/ lp.  My copy is soft cover, and I do not know whether a hard cover was offered, but I don’t think so.  The book was printed in Holland and was sold worldwide.

So that’s it for this week’s Fabulous Find.  I hope you enjoyed it and be sure to come back next week for a new RETRO REVIEW.  Be seeing you …