1 out of 5 – Would Recommend: Manborg 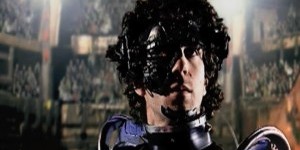 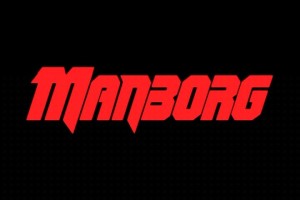 Welcome back to 1 out of 5 – Would Recommend, where lower budgets make better movies. Today, we’re examining one of the rare 1-out-of-5s where the laughs are intentional: 2011’s Manborg!

A young soldier is killed during Hell’s invasion of Earth and is resurrected in the distant dystopian future as Manborg! This inept living weapon joins up with a prickly band of unwilling gladiators/resistance fighters to overthrow Count Draculon and the armies of Hell. Can they succeed where the armies or the world failed?

Who Made This Thing?

Astron-6, a small Canadian production company devoted to satirizing the horror and sci-fi of the 1980’s. They write, produce, star, and do the special effects for their flicks and do so on the cheap – this movie allegedly cost $1000, although that can only be true if a lot of people donated their time. Their most notable work other than Manborg would probably be Father’s Day, distributed by the legendary Troma Entertainment. 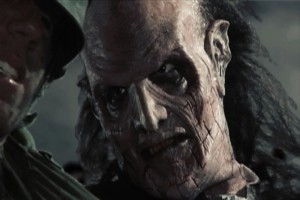 Seriously, is this what you expected the bad guy to look like after you saw those heroes?

This movie is a mix of backyard movie-making that you’d expect from YouTube and special effects on par with a good live action Sega CD game. The script feels like somebody dusted off the totally badass screenplay they started in middle school and polished it up to add intentional humor. This movie does on purpose what movies like Birdemic and the Miami Connection do accidentally and does it without coming off as too self-aware or “ironic”. It is absolutely worth a watch, so go check it however you can.

NEXT WEEK: Former Captain America Reb Brown fights dinosaurs with his butt hanging out in 1983’s Yor, The Hunter from the Future!

Category: TV & MoviesBy Chris WalkerMarch 24, 2015Leave a comment
Tags: 1 Out of 5 Would RecommendAstron-6Manborg