Last week, as you’ll remember, I spoke of DC Comics’ upcoming line-wide relaunch. And how it was not the first time DC had been to that dance, nor had it been the first time that we all accompanied them, as much as they would have us believe otherwise.

That first dance, of course, was 1985’s Crisis on Infinite Earths, which was not only DC’s first company-wide event (which we called crossovers back then), but also their first attempt to make the DCU an easier place to get around in, and by extension, gain new readership. DC might not have officially and literally exclaimed “Big Changes! Things Will Never Be The Same!”, but we all went into Crisis with that expectation, and when it was all said and done, we all found that promises made were also promises kept. 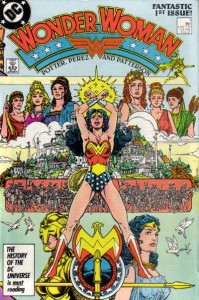 Of course, after inviting us all to the dance, they had to show us a good time once we got there. So with a leaner, streamlined continuity in place, DC brought in all-star talent like Frank Miller, John Byrne, and George Pérez to lead the creative way and populate the new DCU with stories that would have us dancing long into the night, even after those creators moved on and others moved the stories forward. So we danced and danced and danced. 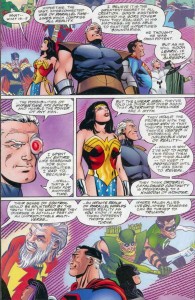 DC tries to explain things, 15 years after CoIE. Dem's a lot of woids.

Well, we knew we’d have to leave the party soon, as the band began to play out of tune. Future writers started playing fast and loose with the simplified continuity, their editors let it happen, and it wasn’t long before more fixes were needed, and then the fixes had to be fixed. Concepts that had become unworkable and were jettisoned in CoIE not only eventually found their way back into the DCU but were embraced by recent editorial reigns. Embraced to the point where the stories suffered, readership fled, and DC is right back to the point they were when Crisis was determined as being necessary.

So here we are again. We’re in the midst of Flashpoint, an event that appears poised to be the catalyst that’s going to result in a reboot of the DCU; a reboot that’s supposed to attempt, again, to make the DCU an easier place to get around in, and by extension, gain new readership. Yeah, it’s been said. 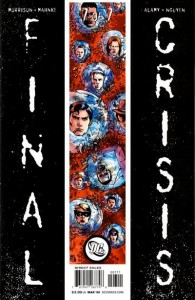 Unlike Crisis, though, Flashpoint didn’t launch with any promise of big changes, and no one expected that when it was finished, things would never be the same. Or, maybe DC did make such a promise, but perhaps after we all got collectively burned by the disastrous, incomprehensible, and totally useless so-called event that some call Final Crisis, we all finally decided to seriously swear off believing any such claims ever again.

Regardless, Flashpoint did not carry the same kind of buzz about sweeping changes before its release the same way CoIE did. Whatever DC said regarding the series, and any major changes that might follow it, it was all largely written off as hype. It wasn’t until DC stood on their desk, raked their fingernails across the chalkboard, and yelled, “Big changes! Things will never be the same!” in their press release a few weeks ago that anyone took notice.

Kind of sad that a real-life press release generates far more excitement than their imaginary stories currently do. But then, perhaps that’s why big changes are necessary, because no one cares about their stories anymore. They tried to tell us change was coming, but they had already cried wolf far too many times.

Which kind of begs the question: if DC’s looking to just start everything over, why not just do it? Just wrap up any ongoing stories, and then just start all titles from scratch. You don’t need a Crisis-type, in-continuity reason to restart everything.

I can hear it now: “Why JJ, I will tell you. It’s because they wanted to make money.”

Yep. If you’re initiating another Big Bang, why not go out with a bang, too? It would be pretty uncharacteristic of a big publisher to just push the reset button without a lot of fanfare leading up to it. So, we get Flashpoint. And its twenty-two spinoff children. Might as well go out with a big bang, too.

I kind of feel like a charred Yosemite Sam covered in soot, staring into the barrel of a cannon that just went off, saying “Yep, it’s loaded.” All right, DC, I believe you. Flashpoint will bring forth big changes. Nothing will ever be the same. I get it. 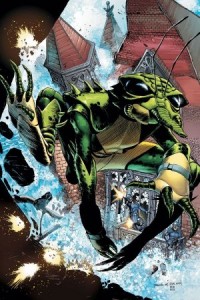 With the DCU relaunching in September, DC has failed to explain why we need to have Flashpoint: Canterbury Cricket #1

Although, there were other indications. Like, when Flash #13 was cancelled, and not re-solicited. Hmm. Or when Superman renounced his citizenship, and DC immediately came forth claiming that story will not be acted upon. It’s all so clear to me now; DC didn’t care about negative feedback; they knew the world was coming to an end! Or when no other titles were originally scheduled to ship the week of Flashpoint’s final issue. That was just plain weird.

The best way to keep a secret is to hype the hell out of it, I guess.

DC has set out a big challenge for itself, but they’ve also kind of set forth a more immediate one: the announcement of the relaunch brings about a kind of defeatist attitude about its current offerings. Some readers are asking why they should care about Flashpoint, or its tie-ins, or any of DC’s other titles, for that matter, if they’re all going to be gone come September. I’m sure not everyone’s going to drop the titles they buy in mid-arc, but it’s a pretty safe bet that few are going to decide to give, say, Justice League of America a go at this point. 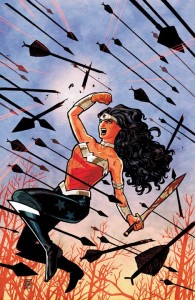 But, looking forward, I’m optimistic about the initial offerings. DC has assigned a pretty impressive array of talent on these new titles, and I have to admit that I’m more excited about DC’s comics than I have been in over a decade. I welcome liberation from the stifling and increasingly muddy continuity that has so often weighed down what could have been better stories. And I truly hope that in conjunction with this revamp, DC undertakes an aggressive marketing push to get these readers into the hands of younger readers.

One Year Later, though, my optimism remains a little more guarded. In a year’s time, will all of these titles be at #12, or will they be plagued with lateness? Will the creative teams remain intact on so many books for so long a period of time? Will all of these titles deliver, or will some not even make it to their first birthday? These are all problems that publishers face regardless, so one can only hope that the editors remain as focused on this reboot after its kickoff as they are on its launch.

What about One Decade Later? Will future editorial reigns show the same focus, or will this focus fade, as it eventually did after the original Crisis? Will someone decide that a Superman who’s as powerful as God but with a weakness towards twenty different kinds of Kryptonite that anyone can find at Wal*Mart is a good idea? How about a Green Lantern from Earth-43 fighting a Sinestro from Earth-26? And what’s going to happen with the numbering once Action Comics would have reached its 1000th issue sometime in 2019?

This is the future generation you’re going after, DC. It’s not us you’re asking to the dance again; it’s our daughters. You’re taking a big risk that just might alienate your current fanbase, so you’d better be right about this. Because if you’re not, you just might lose that generation, too, and this reboot could end up being a real Final Crisis.