“A very Merry Christmas, and a Happy New Year!
Let’s hope it’s a good one, without any fear.”
From the John Lennon single Happy X-Mas (War is Over), © 1971. Lyrics by John Lennon.

Happy New Year, everybody! And I put the emphasis on “New”, because despite the name that is attached to the day that we all would otherwise refer to only as January 1st, there always seems to be a lot more looking back at the old year than there is looking forward at the new one. Whether we want them or not, we’re given recaps of the old year’s top news stories, worst celebrity meltdowns, awesome sports plays, and if we look and listen long enough, we’ll probably find out the year’s best new recipes that included Hungarian bell peppers. 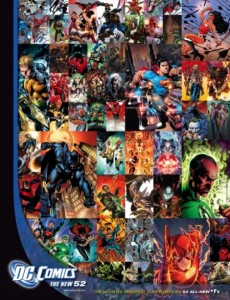 DC wisely finally decided to look forward, rather than rehash the past, with the bold New 52 relaunch.

Not, as we often say, that’s there’s anything wrong with that. Although I prefer hot peppers, myself. In the overall scheme of life, though, there’s no harm in looking back and reflecting, and in fact, it can be beneficial. We should take stock of past achievements and past mistakes, so we can understand what we did right, what we screwed up, and use that understanding to make the new year a better one than the old. Because no matter how good or bad the old year was, don’t we always hope for a better one? If we’re quick to label the prior year as one that sucks, then yeah; we readily acknowledge that we hope for the next one to be better.

But, if we look back at the past year and are fortunate enough to realize that things were actually pretty good, we might be content to hope that the coming one maintains that same level of satisfaction. Nothing wrong with that, either. Except that, we’re not content for things to simply stay the same, or at least not get worse. Deep down, we always hope for things to get better, even if we think that things are just fine. And if you don’t believe me, ask yourself how many times you’ve wished you’d win the Megaball jackpot. Or had a better job. Or just wanted to lose ten pounds.

The truth is, no matter how deeply embedded we are in the depths of despair, or how high we’re soaring on the wings of euphoria, we always want things to be better, whether we consciously acknowledge it or not. We wish, we hope, and we pray for a better new year. And we do this in a number of different ways. Like what, you ask? 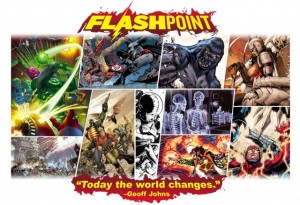 This event supposedly kicked off DC's New 52, but so far it's largely just another part of the past that's being ignored.

Some of us blindly hope that things will get better. We long for the fickle whim of fate to turn in our favor. Or that a stroke of good fortune will find us. Or that things will simply improve, based on the naïve and dangerous notion that they could not possibly get worse, when the unacknowledged truth is that things can always get worse. Far worse. 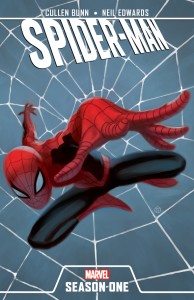 Marvel, however, chooses to keep looking backward under the guise of moving forward, with another telling of Spider-Man's origin.

Some of us make resolutions. A noble way of thinking, to be sure, but the nobility of this thought coupled with the arbitrary timing of it make it little more than the equivalent of a diet for one’s determination. We often promise to change, when we’re not ready for such a change. Our bodies aren’t going to find it any easier to quit smoking on January 1st than on any other day of the year. And our minds aren’t going to suddenly want to fight the urge just because the calendar on the wall says to do so. Change has to come when we want it to, regardless of what day it is.

And some of us, probably most of us, do nothing. We reminisce about the past year’s events that are presented to us in the aforementioned annual recaps, we eat our holiday leftovers and take down our holiday decorations, and we party like there’s no tomorrow on the eve of the New Year and then drag our overstuffed and hungover selves out of bed to return to our routines on one of those very same tomorrows that, do indeed, come. That tomorrow is now today, a day that we really treat no differently than any yesterday of the past year, or any prior one.

We dwell on yesterday to varying degrees, but we acknowledge tomorrow only as it greets us. And maybe, it should be the other way around. Maybe, we should instead acknowledge yesterday, learn from it, and apply that knowledge to tomorrow. And in doing so, perhaps we can do better than merely hoping or wishing that tomorrow is better; we can make it better.

So, if you wake up one morning next month and feel unprecedented resolve to lose weight or quit smoking or otherwise better your life, then use it. A mid-February resolution is more potent than a New Year’s one if you’re ready to make it. After all, a failed New Year’s resolution is usually a premature resolution that simply wasn’t ready to be born yet.