What’s That Must-Have Holiday Toy Worth? 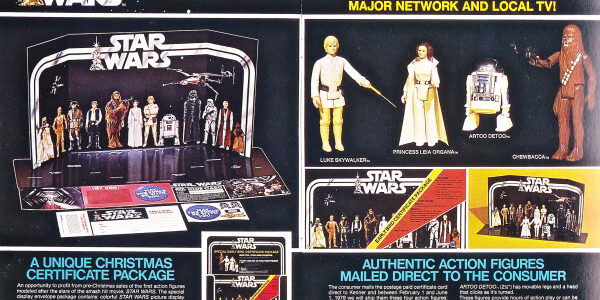 Before tablets took over Toyland, every holiday shopping season brought a new hot holiday toy that every kid had to have. And, of course, not every kid could have it – supplies were limited. Parents would spend whole days driving store to store hoping they could put one under the tree. They’d fight for one. And the most desperate would pay scalpers big bucks to make sure it was under the tree on Christmas morning. This is such a well-known phenomenon that it inspired a big budget Christmas movie! The movie doesn’t hold up very well, but does the value on the toys that inspired it? Let’s find out!

Parents hunting for Star Wars toys in the 1977 holiday season were destined for disappointment, as the toys simply didn’t exist. The success of Star Wars took everyone by surprise, including its toy license holder Kenner. So the children of 1977 woke up Christmas morning to the “Early Bird Certificate” under their tree. When mailed in, the recipient would receive the first four figures (Luke, Leia, Chewie, and R2) as soon as they were available (between February and June 1978). 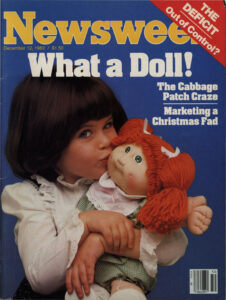 Collectible: Complete early bird sets, with unopened figures and opened mailer, have sold for about $10,000. The sealed mailer itself can sell for more like $20,000 in high grade. But is that worth losing the joy of playing with the toys? Well, 20k buys you a LOT of therapy…

The Cabbage Patch Kids have the dubious honor of being the first must-have holiday toy that made headlines for violence between shoppers! Their first year on the shelves sparked “The Cabbage Patch Riots”, a series of incidents in which irate parents beat the snot out of each other for the chance to buy a doll. Fun Fact: These incidents were the direct inspiration for Jingle All The Way!

MSRP: $21, though price gouging happened during the so-called “Riots”. 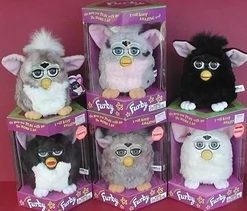 Furby’s selling point was its intelligence! The toy started out speaking Furbish but would gradually “learn” English as kids spoke to it. From there, it could be egged on into telling jokes, singing songs, or answering simple questions. Which, in the era of Alexa, doesn’t sound nearly as impressive as it did during the Clinton Administration.

Collectible: For an average specimen, around $100 mint-in-box and $25 loose. Limited editions and other genuine rarities can be more like $1000-5000.

Continuing the Furby theme, these plush robot hamsters were the hottest toy of the 2009 holiday season. They came with little enclosures that simulated pet ownership without the mess. These rodent replicants were always open to being nurtured or going on adventures around their habitat, making them considerably more kid friendly than actual living creatures. 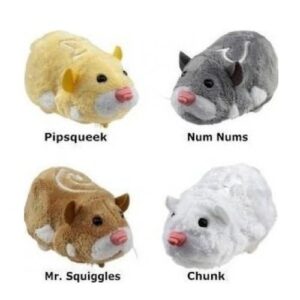 MSRP: $10. Which is a steal, considering how much more they did than Furby!

Collectible: You, uh, don’t wanna know. Especially if you resorted to underhanded tactics to pick one up Let’s say that Mint In Box originals are doing a lil better than inflation and leave it at that.

Ending the list by returning to the Star Wars Galaxy, the release of Star Wars Episode VII: The Force Awakens in 2015 brought the world what was quite possibly the coolest toy in the franchise’s history. The Remote Control BB-8 brought the adorable lil ball droid to life! Magnets, gyroscopes, and witchcraft kept his head on and upright as his round body rolled freely in any direction. It was super cool for kids and adults alike! 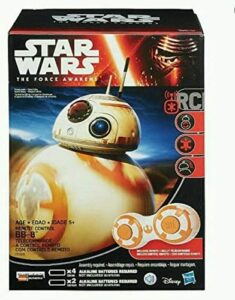 Collectible: $70 mint-in-box, $25 loose. Meaning that this really cool toy is still quite affordable!

Is That Must-Have Toy Worth It?

If you’ve got the hot new Christmas toy, you’re probably not throwing away any serious money letting your kid play with it. It’s not the 80s anymore, and collectors will keep the high-quality supply going in the years to come. If you picked one up as an investment, your time to sell if probably on December 20th. Any longer than that and you’re competing with big box stores.

The other lesson is that you should probably get those toys from your own childhood evaluated. Chances are they aren’t notably valuable, but wouldn’t you want to know for sure before letting your kid slobber on ‘em? Let your pals at Back to the Past give you the evaluation you need!