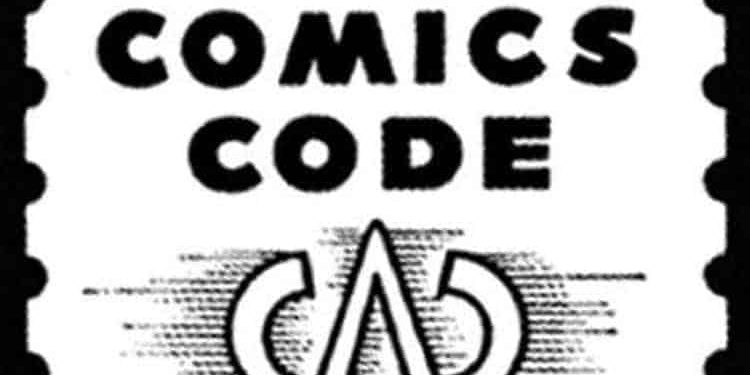 “I am wishing you a well, mind at peace within your cell.
Covers up, I cast you off.
I’ll be watching as you breathe.
I lie still, you move. I send you off around the bend.”
Around The Bend, from Pearl Jam’s No Code, © 1996. Lyrics by Eddie Vedder

No Code, indeed; for very recently, Archie Comics announced that it would no longer submit its comics for approval to the Comics Code Authority, making them the final publisher to pull out of this long-useless and archaic process. And this announcement came very quickly after DC Comics had made a similar one of their own, thus delivering a fatal one-two knockout punch to an entity that was already down for the count. Not down for the count, really; more like on life support. Actually, even that’s too kind an analogy; perhaps it’s more like an entity that’s been embalmed and preserved for the sake and comfort of those clinging to an idea and mindset that has long since passed its time. The 21st Century CCA, as well as a good part of the century that preceded it, carried about as much power and visibility as Vladimir Lenin did . . . from his tomb. 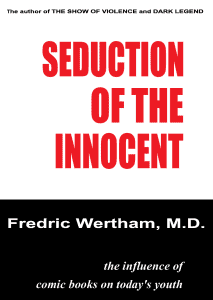 Yes; visible for all to see in its moribund and largely-symbolic state, but who cares? Who ever cared? Certainly few, if any, from the last generation or two of readers, who are mostly adults. And what kind of impact did it have on the ever-dwindling number of children reading comics over that same time? Was their ever a parent during our lifetimes who used the CCA seal as basis for purchasing decisions? If the Code’s influence had not weakened over the years by the fading recollections of Dr. Frederic Wertham’s badly-flawed conclusions or society’s growing acceptance, or at least tolerance, of sexual and violent content in mass media, it likely would have for another reason that was, ironically, self-created by the very industry it sought to “protect” us all from.

What is that reason, you ask? Why, I will tell you. As the industry over the years turned its attention from bringing in new; that is, younger; readers and instead focused on its existing; that is, older; fanbase. And when that happened, the audience that the Code was supposed to be looking after started to shrink. With the direct market, publishers could safely forego the Code if they so chose and elect to market to an older pool of readers.

But when the CCA was created 50+ years ago, comics were largely marketed to children but were also enjoyed by adults, but by the 80s, pretty much the reverse was true. By this time, publishers could have safely freed themselves from the hindrance of the already-dated CCA, but it was a time when the business model was still in flux. Mainstream publishers expanded their products to capitalize on direct the market while still supplying their traditional ones to both this market and the traditional newsstands; a market which still clung to an old business model that included carrying CCA-approved books.

So the odds of the Code’s survival have long been stacked against it, and I suppose the fact that its influence lingered into this millennium is a testament to its power, symbolic or otherwise. Largely impotent for half its life, its demise is only news because, well, it’s a demise. Much like the passing of a long-retired ballplayer, it’s newsworthy because of what it once was, not what it’s become. Perhaps that’s why when another publisher, Bongo Comics, chose to stop submitting to the CCA (yes, kids, it happened several months ago), it scarcely generated any notice.

It’s as though Archie Comics’ announcement was only a formality; it was the last player left standing, so it had to make the slam dunk. And according to Archie, they had already made the decision but only decided to make announcement after DC made theirs. It almost shows how little respect publishers had for the Code; Bongo and Archie broke up their each of their relationships, and weren’t even going to write that Dear John letter.

And so, dear Code; dear wretched, misguided, destructive, regression-minded, boil-on-the-arse of the industry Comics Effin Code of Authority, we send you off around the bend. Don’t let the door of the comic shop hit you on the way out.

On second thought, let it.

Category: Comic BooksBy Jim JohnsonJanuary 30, 2011Leave a comment
Tags: I Will Tell You