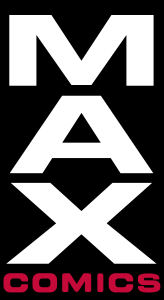 Marvel has used the MAX rating on comics intended for readers 18 years older and up for the past decade.

It’s been a long time since the outdated Comics Code Authority had made headlines, which, ironically, is probably the reason why its long-overdue demise did make headlines. Long powerless, at worst, and symbolic, at best, the CCA recently took its final breath after more than a generation on a respirator, when Archie Comics became the last publisher to announce it was going to stop submitting is comics for CCA approval.

I discussed this last week, of course, but every column could be someone’s first, and all that, so please bear with me. And if you were here or on any other comic site last week, you know that Archie’s announcement came very quickly after DC Comics made its own announcement that it was also dropping the CCA seal from its titles.

So, now what? Will things really be any different now that every publisher in the industry is foregoing this meaningless approval, especially since it’s long been more of a traditional courtesy rather than any kind of requirement? For comic books, content-wise, it’s unlikely. Publishers who had already elected to bypass the Code will carry on as before. Archie Comics, already largely friendly to all audiences despite what some homophobes might claim, will probably do the same. DC Comics will be instituting a ratings system similar to the one already in place by the ESRB (Entertainment Software Rating Board).

And Marvel Comics had already eschewed the Code a decade ago, implementing its own ratings system at that time. Which now means, that the Big Two will soon be utilizing two different sets of ratings. For the record, Marvel’s currently is as follows: ALL AGES, A (age 9+), T+ (age 13+), PARENTAL ADVISORY (age 15+), and MAX (age 18+). DC will use the following: E (for everyone), T (age 12+), T+ (age 16+), and M (age 18+). Which as mentioned, is similar, but not identical, to the ESRB’s which includes: E (for everyone), T (for age 13+), and M (age 17+). And let’s not even discuss the parental guidelines for television, which also uses its own system.

The ESRB uses a different rating for "mature", but this rating applies to those who are 17 years and older.

Sigh. Does anyone else see the myriad of problems with all of this? And they are many. Unlike the Motion Picture Association of America (MPAA) ratings (G, PG, PG-13, R) which have been around for decades and are largely understood by just about everyone, these systems used by comic book publishers and video game makers are not ensconced within the American consumers’ lexicon. Multiple systems are going to only add to the confusion. Both of the Big Two will carry comics that contain a T+ rating, but this rating will not mean the same thing for both publishers.  And as always is the case with a labeled rating system, whose call is it as to what specific element or elements cause a product to fall into one category over another? And then what happens when that arbitrary classification doesn’t pass the muster of a concerned parent?

I guess the ultimate question that could make all of the above moot is: does anyone even care? That is, does anyone actually use these ratings? Or are they just a CYA move by the publishers in the event that Tipper Gore or the PMRC or someone of a similar ilk again decides to surface like a giant zit on the surface of social culture? Has anyone ever seen a parent tell their ten-year-old that they can’t buy the latest issue of Thor because there’s that little “T+” in the UPC box on corner of the cover? I think there’s a far bigger deterrent to buying that and lots of other comics, and that’s the little “$3.99” in that same UPC box, but that’s a story for another day. And it’s coming, I assure you.

You can have all of the advisory boards and committees and ratings systems that you want, but the fact remains that whatever the governing body of such deems as an appropriate rating for a product, there will be someone who doesn’t agree. Lots of someones. It’s a complete fallacy to think that every parent is going to agree that any given T+ comic book, or PG-13 movie, is necessarily something that they want their 15-year-old to experience. And while I’m not a parent, I’m not convinced that I would be so blindly faithful to a recommendation made by a faceless entity I know nothing about.

And the TV industry has its own "mature" rating, for those 17 and older. Or maybe it's 18. Who can remember?

Ratings aren’t the answer, folks. Too many systems are confusing, but even if all of mass-media and pop-culture could agree on a single consolidated definition, the issue of arbitrary and unilateral recommendations remains. But does that mean that all comic books should all be sold with no indication whatsoever of what might be inside? Do we really want irate parents storming back into our comic stores after unwittingly buying their child a comic book featuring a hot, steamy sex scene or graphic violence or a string of profanity that would make Axl Rose proud?

I will tell you. Next time.