I Will Tell You #14: Johnny We Hardly Knew Ye 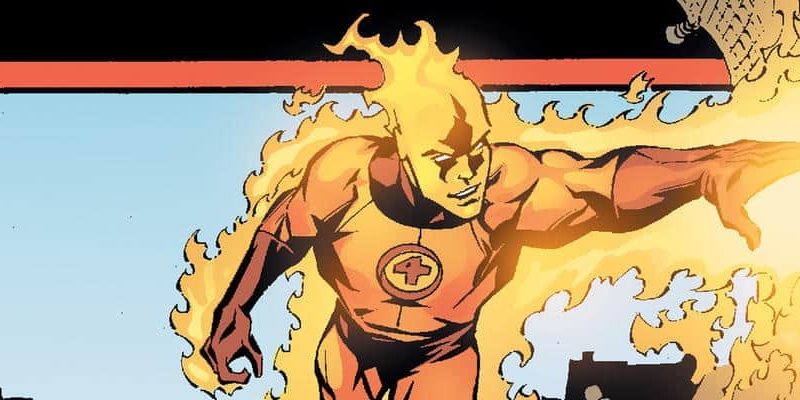 Just how well do we know our four-color heroes?

And we all know Batman, and the essentials of his back story. And we all know Spider-Man just about as well. We’ve even come to know Wolverine, even though he’s a relative newcomer compared to those costumed veterans.

If we take off our fandom hats for a moment, just what would we know about Ol’ Matchhead? Well, let’s see. He can burst into flame, right? And he’s a member of that superhero team with that big orange rocky guy, isn’t he? And his name is, um, Joey Strom or Jimmy Stone or something like that? And wasn’t there a movie with him in it a few years ago?

Oh, wait a minute! He was that guy who was killed in that comic book that was on the news! It must have been a big deal, because the news said that comic has been around for fifty years. Wow, didn’t they kill Captain America awhile back, too? Those comics must not be so popular anymore. It might be worth picking up; it’ll be worth a lot of money.

OK, hats back on.

Yeah, Fantastic Four has been published for a half-century. And there were two fairly recent movies based on the comic. And there have been a number of different cartoons over the years. But despite all that, neither the name of the team nor its members had achieved the kind of penetration into pop-culture consciousness the same way that Superman and Spider-Man have. So when the comic’s recent 3 storyline attracted the attention of the mainstream media, those articles, at best, rekindled a distant awareness of the franchise that might have been hibernating in the backs or people’s minds, or at worst, brought forth an awareness that had not yet existed.

Why do I say “at worst”, as if to imply there’s a negative connotation towards introducing the unaware to this storyline? Why, I will tell you. While positive attention to comic books should always be something that we want to celebrate, the fact is, the industry usually isn’t prepared for it when it happens, and this particular situation is just an example of that.

If a “civilian” took note of the news story when they first heard it, and followed up on it, and was able to locate a comic book shop that it still had the issue in stock when they got there, here’s what they found: they found themselves in the thick of a storyline begun by writer Jonathon Hickman 17 issues ago, a storyline that’s been rich in depth and well-crafted but difficult to pick up on so far into it, despite the recap at the start of the issue. It’s a storyline that has the team spread across continents and dimensions, and while I would go so far to make the claim that this is the best superhero comic that no one’s reading, it is not one that lends itself to the notion that every comic book is someone’s first. 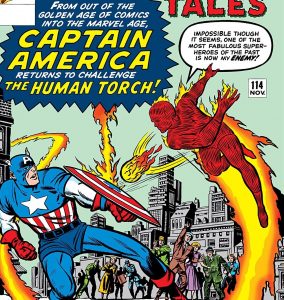 And because of the attention, Fantastic Four #587 was a lot of people’s first. And sadly, because of the kind of story it was, it was also probably a lot of people’s last. Now, with hats off again for a second, a lot of the common sentiment probably is: what the heck was going on? Why wasn’t Ben Grimm The Thing the whole time? What’s this fake Earth thing? What’s this other dimension? What’s going on in Atlantis?

Hats back on again. Now, we can hope against hope that the everyday consumer was not put off by, and perhaps even enjoyed, Hickman’s multi-layered story, and that they will come back for this week’s new issue. But even if they do, they’re going to discover that it’s going to be the final issue, at least of sorts, before the title relaunches the following month as FF.

FF? Shouldn’t that be FT? Well, no; it seems Johnny’s going to be quickly replaced, but more on that in a couple of weeks, perhaps.

Once again, mass media has brought the world into our broken, dysfunctional industry, and once again, it wasn’t ready for company. Mass audiences have gotten a glimpse of a great series, but not one that intended for them. And that glimpse also included a microscopic view of perhaps the biggest flaw in the industry’s business model: stories that are written as complete graphic novels but being sold as chapters in periodical form. And those who suffer through that and stick around then get to experience one of the industry’s increasingly common and oft-criticized marketing practices: the practice of cancelling a high-numbered series in order to promote a new #1 issue.

It’s probably fair to say that Marvel hoped that this arc would attract outside attention, but I’m guessing that at the same time, they weren’t really expecting it. Which is probably true for just about every major storyline and event, by any comics publisher. And I think it’s a fair guess, because I can’t imagine any publisher deliberately trying to increase sales by killing off one of its characters and then cancelling the series. It’s as though when new readers scale the tree to sample the fruit, the publishers are right there trying to shake them loose.

So it looks like that while a lot of people got introduced, or reacquainted, with the Fantastic Four, there are reasons to believe that they won’t stay to get to know them. And even if they do, well; they certainly won’t get to learn anything more about The Human Torch.

Category: Comic BooksBy Jim JohnsonFebruary 22, 2011Leave a comment
Tags: I Will Tell You