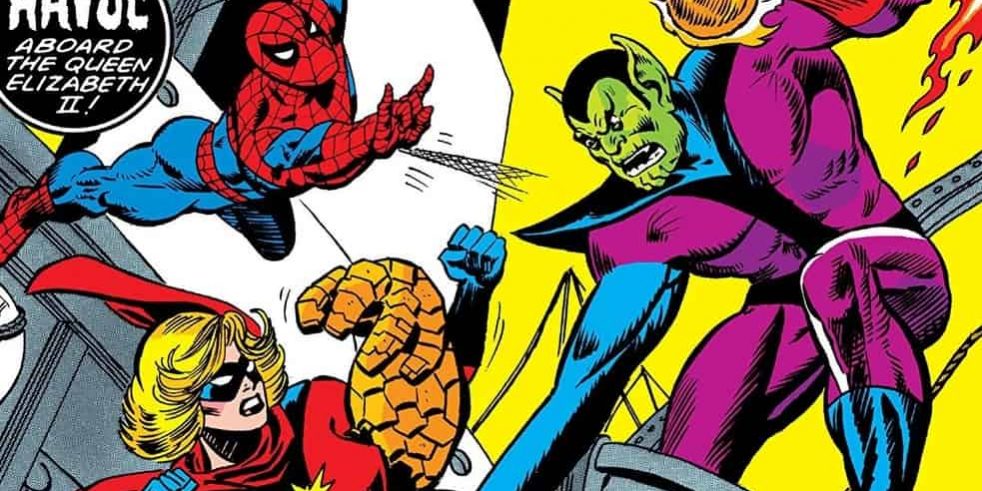 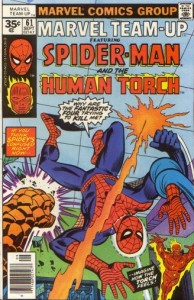 This week for my Retro Review, I bring Marvel Comic’s Marvel Team-Up # 61, Featuring Spider-Man and The Human Torch, which is cover dated September 1977.  The cover is not signed, but I believe it is penciled by Al Milgrom and inked by Joe Sinnott.  It’s nicely done and features Spider-Man asking … “Why are the Fantastic Four Trying to Kill Me?”  That just reaches out and grabs potential readers by the throat!  The story inside is entitled; “Not All Thy Powers Can Save Thee!”.  It is written by Chris Claremont and penciled by John Byrne and inked by Dave Hunt.  The story picks up from the previous issue, which featured Spider-Man, Yellowjacket and the Wasp, where they had defeated a villain, named  Equinox, within the Fantastic Four’s Baxter Building headquarters.

Yellowjacket and the Wasp have left Spidey alone, within the Baxter Building, to tidy up the place before the Fantastic Four return.  Before he can get started, the Thing’s fist slams out at him, a Torch fireball shoots out, berely missing Spidey, an invisible force field knocks Spider-Man from the wall and Reed’s stretching arm seeks to capture Spidey!  After a two page battle, Spidey is sent flying through a window from one of the Thing’s punches.  He’s too stunned to save himself, but he is saved by the Human Torch!

Spidey regains his senses and accuses the Fantastic Four of attacking him.  The Torch explains in couldn’t have been them and then realizes that only the Super Skrull could have duplicated all of their powers.  They both rush back to the Baxter Building, where the Super Skrull attacks them, after the Torch brings Spidey up to date, on the fact that the Super Skrull had been absorbed into a “Soul-Catcher” during an adventure in Marvel Chillers # 7 with Tigra, and the “Soul Catcher” was currently in Reed’s possession.  Obviously, the battle against Equinox had managed to free the Super Skrull.  The Super Skrull defeats the Human Torch in a one-on-one battle and Spidey is left to face off against the Super Skrull as the issue comes to an end.

Marvel Team-Up # 62 picks up right there, in a story entitled; “All This and the QE 2”, by the same creative team as issue # 61.  The Skrull also defeats Spider-Man and flies off in search of something.  This something turns out to be a crystal, which can be used as a power catalyst for a star drive.  But, as he succeeds in acquiring the crystal, he also encounters Ms. Marvel.  Another battle ensues, which allows Spider-Man time to track the Super Skrull.  He manages to grab the crystal, and Spidey and Ms. Marvel, put into operation a plan which opens a “celestial gateway” thus removing the Super Skrull.

A bit to much of a “magic” ending/resolution, in my opinion, but a fun tale, all in all.  The John Byrne / Dave Hunt artwork is clean and easy on the eye.  The Chris Claremont story was relatively straight forward and easy to follow, as well.  Therefore, I give it three (3) out of five (5) Legion Flight Rings!