I WILL TELL YOU #23: Stumbling Into The Digital Age 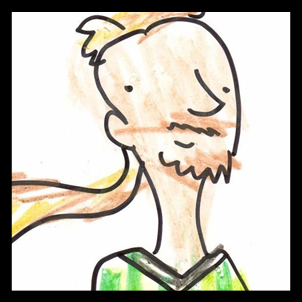 Last week, as you’ll remember, I spoke of the rather narrow-minded perception of digital comics commonly held by many, from readers right on up to the publishers themselves. You don’t believe me, do you? Fine, see for yourself and check out IWTY #22. Go ahead, I’ll wait. But you’d better come back.

Or maybe you never left, in which case I’ll just recap. I defended this widespread perception on the basis that comic books have been around for so long exclusively in print format that it’s difficult to imagine the far reaching boundaries of comics in a different medium. And then went on to postulate how that once these boundaries are explored, it will probably mean the end of comic books and usher in a new Golden Age of Comics.

And that’s not a contradiction, so you’d better go back and read it after all. IWTY #22. Second chance. Go.

There. It’s all so clear to you now, isn’t it? Good. You might have noticed that, in that column, my description of the potential of digital comics might have been a little on the vague side. My defense of that is, frankly, that I don’t know what that potential is, or what creative efforts might result from it. And I wasn’t about the take the time and explore it myself because, well, I was on a deadline for that column. Otherwise, I would have figured it all out, I assure you.

But to describe what might be discovered on an uncharted frontier is essentially guesswork without some kind of precedent to at least give that guess some direction. It’s akin to trying to imagine life that might be found on a planet in a solar system that has yet to be discovered, or trying to explain exactly what the internet is to someone from 1950. The future is often predicted in a linear extrapolation from what exists today; from bikes and motor vehicles, we will get jetpacks and flying cars, or so we think at one point. History has often shown that the most obvious predictions are often the first to be wrong. And conversely, many that prove to be true are ones that few if any dreamed of. So we somewhat seriously imagined robots cleaning our houses, but never even thought of the internet.

A step toward defining what digital comics might be perhaps should start by defining what they’re not. And to do that, we need to understand what comics are, digital or otherwise, and what they’re not. One of the industry’s great masters, Will Eisner, long ago described comics as “sequential art”; one illustration by itself is just a static image, but two or more in sequence convey a change of events over a period of time. And another of the industry’s great storytellers, Scott McCloud, brilliantly observed in his 1993 book Understanding Comics that comics do for space on a page, what film does for time on a screen.

Many of the early and simplest digital comics in the early and mid 90s read like scanned versions of print comics, but the software used to create these comics was crude, the resolution on a screen was often poor, and in these pre-digital reader days, required lots of panning and zooming to be able to read. Some had sound and video effects to try and enhance the effort, but all this really did was create a gimmicky multimedia experience rather than expand the boundaries of the comic experience. It wasn’t unlike the cheap 3D effects used in films of the 50s; there was a shallow cool factor there, but it didn’t further the medium.

So in the early digital days, many eager creators, armed with the latest in software technology, created works with such flashy elements as morphing and animation, putting forth what they may very well have believed to be a creative effort that would stand at the forefront of the digital comics frontier. But in doing so, they either forgot or ignored Eisner’s fundamental observations. They were creating moving, dynamic images, not a series of static ones. Or as McCloud would have noted, these works conveyed the story via time, not space. Whatever it was these well-intended but misguided creators ended up making, they certainly were not making comics.

To illustrate this point, how about a little anecdote? Sit back, and I will tell you one.

Way back at the ’94 San Diego Comic-Con, I attended a panel entitled The Digital Frontier of Comics, which purported to be a look at what digital media could mean to comic fans. The panel didn’t focus exclusively on digital comics per se, but also software programs related to comic book collecting, creating your own comic book, and other non-publishing ventures. And because at this point, the internet (which was still called the “information super-highway” by most) was only starting to become pervasive among the general public, the idea of digital distribution wasn’t even a topic.

Among the panelists was creator Pepe Moreno (best known to comics fans for his 1990 DC graphic novel Batman: Digital Justice), the late Byron Preiss (writer and founder of the now-defunct iBooks, one of the early digital book publishers), and a rep from DC Comics, if I recall correctly. Many of the particulars discussed in this panel have become vague memories over the years, but one thing I recall more clearly was a demonstration of a digital, interactive “comic” that allowed the reader to select particular courses of action for the main character, and also allowed for, or required, participation in furthering the story along; something along the lines of forcing the reader to control the protagonists actions so the story could proceed.

The reason I remember this at all is because during this demonstration, I failed to see how this product was a comic, and not a videogame, and a somewhat lame one, at that. So I voiced the simple question, “How is this a comic?” and recall being told by at least one of the panelists that the technology of digital comics allowed for an immersive, two-way experience that traditional comics did not. To which I challenged, “Don’t videogames already do that?” And I was told that videogames simply take the participant to the conclusion of the game, presuming they ever get that far, without telling any kind of story. And pain-in-the-patooty that I am, I chimed back with, “Ever hear of SpaceQuest?” Which apparently came across as a little too snarky, for none of the panelists cared to discuss it further.

The point of this whole anecdote isn’t to highlight what an ay hoal I can be if I want to, but to serve as an example that even experienced industry people who were present at the dawn of this revolution, the ones who were in a position to shape it, couldn’t foresee what digital comics would be. But whenever the doors of a new age open up, no one ever charges through it with a clear idea of where they’re going. As with anything new, comics will not charge but instead stumble into the Digital Age. They already are. Early digital efforts like the above could be seen as either detrimental to the progress of digital comics, or as a necessary misstep in trying to map the true path.

It’s a path that remains uncharted for creative efforts that have yet to be born. But it’s also one that’s beginning to be laid out for efforts currently being enjoyed. And perhaps best of all, it’s one that can serve as a path to resurrection for efforts long thought dead. More on that next week.