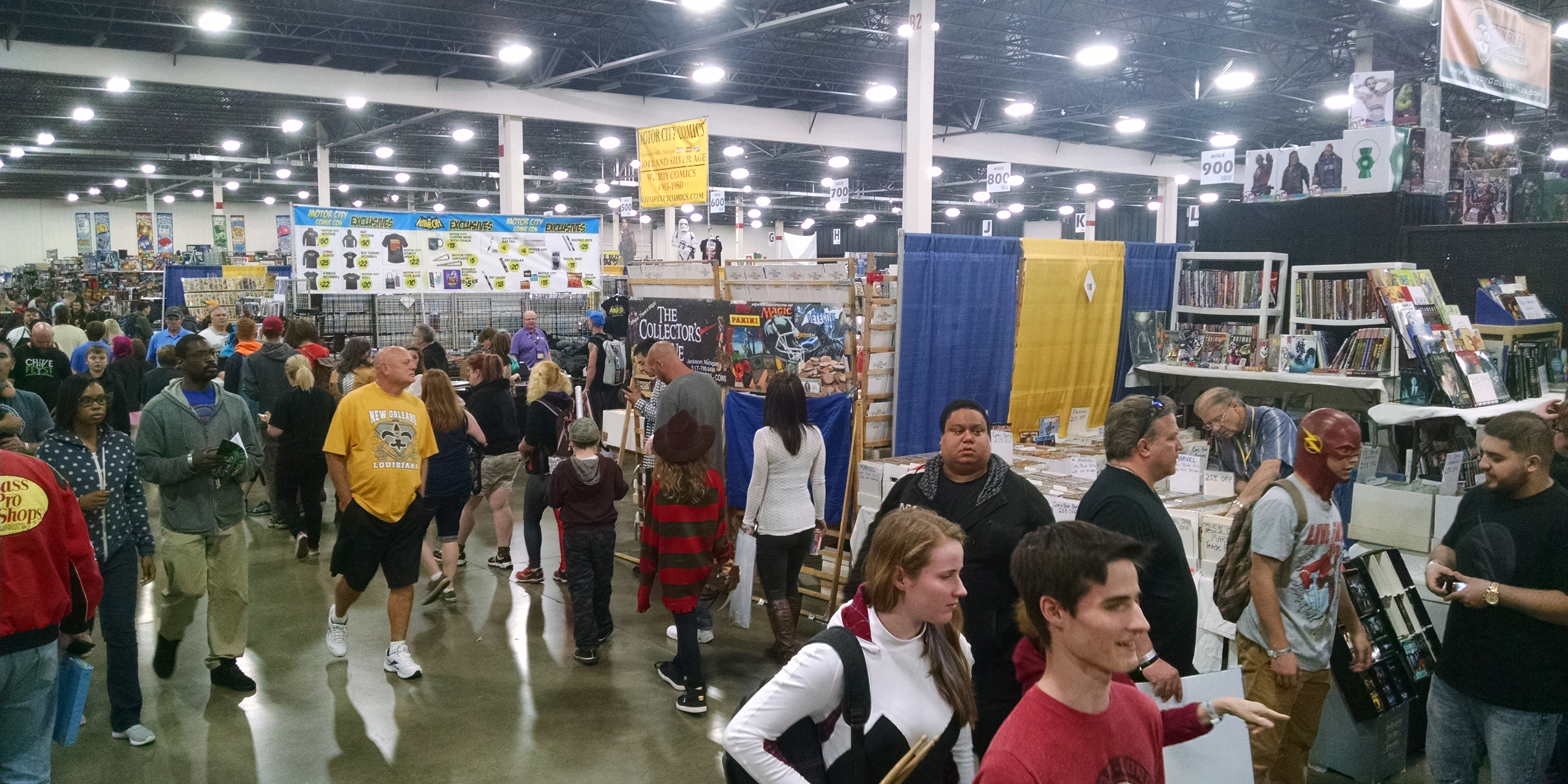 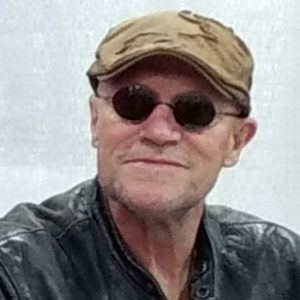 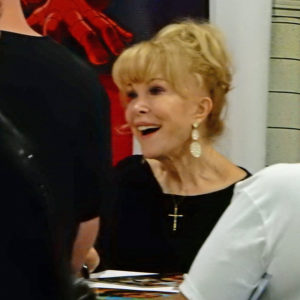 While larger and better known shows in San Diego and New York can brag about bigger guest lists, fans are often hard-pressed for any true opportunity to interact with their favorite celebrities – long lines, enormous crowds, and logistical placement often relegate attendees to peering at these guests from afar, if at all, making any kind of personal interaction all but impossible. MCCC, though, by way of its placement – both its geographical location as well its position in a crowded convention circuit – allow for a comparatively rare chance for attendees to get the kind of interaction difficult to find at other shows. Lines were often long for some guests – The Walking Dead’s Khary Payton, in his first appearance at the show, remained in high demand for some face time throughout the con, as did Arrow’s John Barrowman – but a little bit of patience on fans’ parts was rewarded without losing too much of the day standing in line. 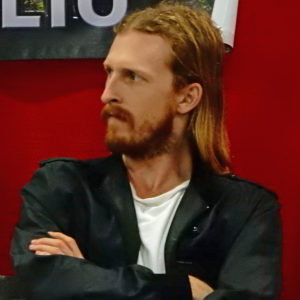 Oddly, some celebrities experienced some surprising downtime – The Walking Dead’s Austin Amelio and Scott Wilson endured some periods of atypically slow activity, but these slowdowns also served as potential golden opportunities for fans to get some extended interactions. While these and other guests undoubtedly would have welcomed more sales from autographs and photo ops, they seemed all too happy to chat with their fans even if the interaction didn’t include any purchases. Perennial guests like Lou Ferrigno (The Incredible Hulk) and Herbert Jefferson Jr. (Battlestar Galactica) unfortunately appeared downright bored at times, possibly due to their frequent past appearances at the con. 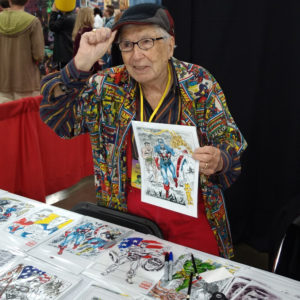 Comic book fans got the same kinds of opportunities, as well. At age 90, Bellman, who drew Captain America for Timely Comics in the 1940’s, is quite possibly the last remaining artist from that era who actively tours the convention scene, and MCCC proved itself to be a great place to chat with him. A relatively rare appearance by Gibbons gave Watchmen fans a chance to express their affinity for his work. Batman artist Jason Fabok, who ironically also just finished illustrating a Watchmen-related story, was accessible to fans without any kind of unreasonable wait. 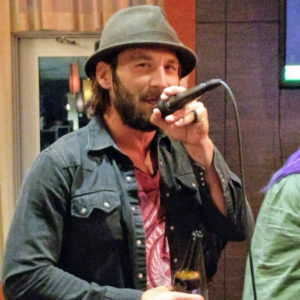 Those who missed some of the guests on the show floor discovered that they could still possibly be found nearby – the restaurant and bar inside the attached Hyatt Place hotel was a popular gathering spot for guests, exhibitors, and attendees alike. Simon Bisley, comics illustrator and another perennial guest of the con, could frequently be found there jovially exchanging banter with fans, both after the con and even the evening before. Actor Zach McGowan (Black Sails, The 100), was also among the guests seen hanging out at the hotel before and during the show, engaging in extended discussion with fans. 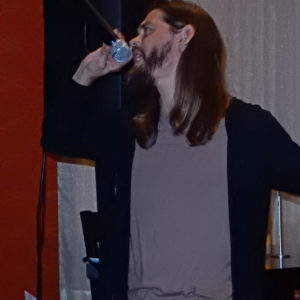 Those who stuck around the bar area after a full day of conventioning were in for some special treats – The  Walking Dead’s Tom Payne and Khary Payton were seen enjoying dinner there on Saturday night, largely left alone by excited fans but willing to take a moment and say hello to those who approached them. As the night wore on, the lights were turned down and the music was amped up, and fans and guests alike then partook in some all-too-tempting karaoke – everyone still hanging out got another surprise when Payne himself took the mic. To the surprise of many, the man known as Jesus on TWD didn’t sound half bad, and certainly was better than many of those who had attempted to sing prior to him. 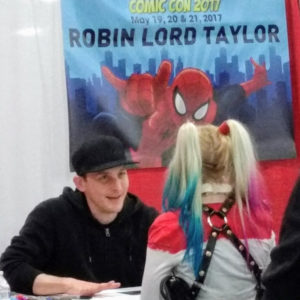 Robin Lord Taylor, aka Penguin, gets to know a fan, aka Harley Quinn.

It’s not every convention that fans can genuinely hang out and maybe even have a drink with their favorite celebs, and in turn possibly make some new friends along the way. This year’s Motor City Comic Con continued its history of being the convention where fans can not only meet and chat with those they might only otherwise see through their work, but maybe get to know them, if only a little bit. Fans who missed out this time will get another chance – the 2018 MCCC is scheduled for May 18 – 20, again at the Suburban Collection Showplace in Novi.