My Golden Age: Our Hero Misses the Wounded Wolverine

Growing up, I wasn’t the biggest fan of Wolverine. I didn’t not like him, I just tended to lean towards a different set of characters.

Every kid I knew loved Michelangelo from the Turtles, my favorite was Leonardo. When G.I. Joe was huge, every kid loved Snake Eyes, my loyalty was and will always be to Flint. Never cared for Optimus Prime. Hot Rod and Prowl were my favorite Autobots. It was not a conscious decision to dislike the “most popular” character of any particular franchise, I was just willing at a young age to stick to my guns and not buy into hype. When the X-Men animated series debuted on Halloween of 1992, you couldn’t escape Wolverine, he was suddenly the Bart Simpson of the superhero world. Shirts, backpacks, lunchboxes, the ol’ canucklehead was everywhere. With his legend and popularity growing, unfortunately so did his power. 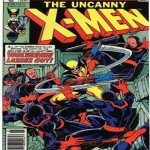 See, at the time I naively didn’t like Wolverine because of his amped up healing factor. How much peril can our hero be in if he just runs around stabbing things, getting a nuclear bomb dropped on him and being able to come back from a drop of blood. (seriously, this has happened recently, twice. It’s ridiculous) But, then I discovered in a back issue bin Uncanny X-Men #133.

Wolverine gets taken down in the previous issue by Harry Leland (an inner circle member of the Hellfire Club) and then spends the following issues tearing through Hellfire Club guards, trying to rescue his teammates. This issue stuck with me because it showed a Wolverine that could be hurt, and that it might take time for his healing factor to get him back into fighting form. So, he’d have to sneak in the shadows, in order to give himself time to get back to normal.

Another excellent example of Wolverine, at his very best, is Uncanny X-Men #205 “Wounded Wolf” a single issue story written by Chris Claremont with art by the amazing Barry Windsor-Smith. It also ties into Uncanny #133 as Wolverine is being hunted by Lady Deathstrike (now reborn by the Body Shop in order to take revenge on Wolverine) and the Reavers Cole, Macon, and Reese (who just happen to be the same cyborg enhanced Hellfire Club guards who Wolverine took down, in #133). A wounded Wolverine is being helped by a young Katie Power, helping him buy time until his healing factor does it’s work and he’s able to defeat Deathstrike and the Reavers and get Katie Power to safety. 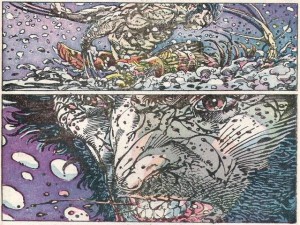 The issue’s greatest achievement (besides the ridiculously gorgeous art) is the tension that’s built in knowing that Wolverine’s ability still takes time. He’s in actual danger. He’s being hunted and now, unfortunately, a little girl is caught in the middle. There are moments in the story where you feel as though, if not for Katie being in harm’s way, that Logan might just give in, that he’s had enough and this is the end of the line for him.

Logan’s ability to fight and power through awful pain, his ability to always make the hard decisions where others couldn’t is what finally made me appreciate the character. This is best shown in X-Men #25 when, finally, after years of tolerating Logan buzzing around him like an annoying fly, Magneto did the unthinkable. He pulled the adamantium off of Wolverine’s bones, through his pores. Not only did this result in Wolverine’s healing factor being pushed to the max, it finally gave fans the answer that yes, the claws are part of his mutation. During this time, you had interesting stories dealing with Logan now processing the fact that he wasn’t “untouchable” which he had been for years.  He was vulnerable, he could be hurt, and that made him all the more interesting.

Logan is at his best when he’s on the ropes. When he’s beaten, broken and almost down for the count. That’s when you want to cheer the most. It’s the Rocky moment. If you know that the poor fella can get nuked, shot, stabbed, sent to hell, shot into space, and nothing ever happens he becomes boring. He’s not interesting. You don’t have to root for him to get up, because you know he always will. So, I’m hoping in the coming months with Marvel Now! That one of the things they focus on is getting Wolverine back to what made him the most interesting:  A man who just won’t give up.

Let’s turn that healing factor down a bit, and get back to the noble samurai who would throw himself in harm’s way to save his friends, even if he didn’t have a virtually invulnerable healing factor on his side.