Last week, as you’ll remember, I picked on the forty five-year publishing history of DC’s Teen Titans / New Teen Titans / New Titans / Titans as an example of how publishers have gone from using issue numbers as solely a tracking device to a marketing tool. Continuing on . . . 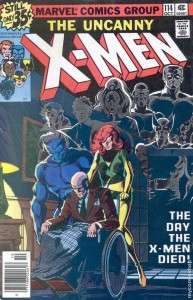 The comic was just called X-Men, but the cover called it Uncanny X-Men, and we called it New X-Men

It’s ironic to stop and consider that the launch of Marv Wolfman and George Pérez’ New Teen Titans was DC’s attempt to try and replicate the success of Chris Claremont and John Byrne’s run on Uncanny X-Men, yet Marvel’s title at achieved its success organically, not through any kind of marketing gimmickry. X-Men was historically a struggling comic up until that era, but its success came solely on the strength of a team of talented creators consistently telling great stories that readers wanted to buy. And it did so without any kind of renumbering or renaming, save for the official renaming of the comic from X-Men to Uncanny X-Men with issue #142, in 1980. Only a few months after New Teen Titans debuted, hmm. But few even noticed this change, since the cover carried the title “Uncanny X-Men” going back to issue #114. 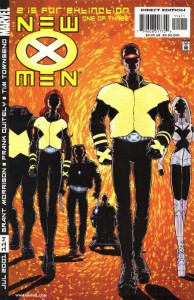 This was the first comic actually called New X-Men, but by this time we just called it X-Men.

And an ironic side note: around that same time, the comic was often called “New X-Men” by fans, at least more often than it was called “Uncanny X-Men”, in order to distinguish it from the “old”, pre-Claremont X-Men comic. But Marvel had never published a comic called New X-Men until Grant Morrison started his run on the title in 2001. With #114, too; weird. But this wasn’t Uncanny X-Men; this was the formerly adjectiveless X-Men, not to be confused with the old X-Men which featured the old X-Men.

And no; I’m not going to get into the publishing history of X-Men the same way I did for Teen Titans last week. My brain is still throbbing after that one. You’re welcome. 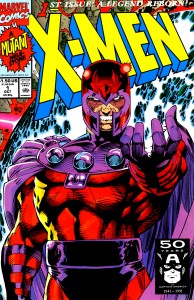 This comic was also just called X-Men, but we called it the new new X-Men comic.

DC’s success with New Teen Titans series showed that throwing a #1 on the cover of a comic did more for sales than merely renaming it. And when both Marvel and DC started experimenting with limited series in the early 80s, the quantity of #1 issues available started to proliferate. It wasn’t long before both publishers were putting out many, many different mini-series, or kicking off new titles with that great big “#1” on their covers. This whole phenomenon reached an apex in 1990 and 1991, when Marvel’s Web of Spider-Man made way for Todd McFarlane’s new Spider-Man series; New Mutants, made newly popular by the contributions of Rob Liefeld, was cancelled and replaced by X-Force; and Jim Lee was brought on to draw the aforementioned new X-Men title. Not to be confused with the old X-Men title that featured the new X-Men. Sales records were broken with each title’s subsequent release. 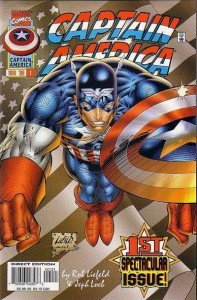 Everyone knows this is Captain America #1, but which one? The first, actually. Kind of sad, really.

Speaking of Lee and Liefeld, fans will recall when Marvel even cancelled four of their longest-running titles so that these creators and their studios could give them a restart, via Marvel’s Heroes Reborn project in 1996. And when Heroes Reborn wrapped up, the books were restarted again, to usher in Heroes Return. Captain America and Iron Man have each been restarted a few times since, for no apparent reason other than additional changes to creative personnel. Just what series is Cap up to now, anyway? His seventh? Eighth? Hmm; and that’s a character who’s been around since the 40s; now that’s a publishing history that would fill up a column or three.

But regarding the various Titans books over the years, that franchise, with its multiple restarts and incarnations, is probably the one that’s been the most symptomatic of the industry’s obsession with marketing gimmicks like numbering instead of something substantial, like, oh, good stories. Until Geoff Johns took over the book in 2003, the Titans franchise hadn’t really experienced much positive buzz since Wolfman’s run, and even the end of that run had lost its spark. The multiple attempts to reignite the title in between the Wolfman and Johns eras saw as much effort being spent on gimmicks like renumbering and variant covers as there was on actual creative talent.

In recent years, though, fans, readers, and collectors have seen this whole numbering thing come full circle. Marvel in particular one day realized that all of these restarts meant that Marvel’s longtime titles wouldn’t get to see their then-upcoming commemorative 500th issues that their competitors flagship titles already had years ago. So then-EiC Joe Quesada decided that many of these restarted titles would be, um, un-restarted, and resort to their original numbering so that these anniversaries could be observed. 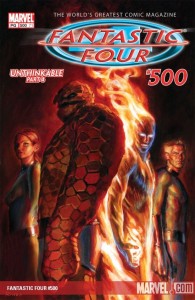 Fantastic Four #500. There's only one of these.

Captain America would have reached issue #500 back in 2000, and The Incredible Hulk would have hit the same milestone the following year, but Marvel either hadn’t thought of or elected not to tackle the idea of re-renumbering or un-renumbering or whatever just yet. But in 2003, with a slew of would-have-been-500th-issues approaching, the publisher decided it would be a good idea to go back and reinstate the numbering on long-running titles like Fantastic Four, Amazing Spider-Man, and The Avengers. And these 500th issues were marketed essentially the same way #1 issues had been, with big ads in Diamond’s Previews and variant covers and the like.

And from a marketing standpoint, it worked; sales rose on these issues. And some fans welcomed the return of the original numbering that they felt never should have been restarted in the first place. So what was the lesson that we all learned from this?

I will tell you: that the renumbering thing can go either way, and the way it will go will be whichever way benefits the publisher. So take a title like Fantastic Four, which was cancelled only earlier this year at #588 and replaced with FF #1, but is now already on the eve of its return with, guess what, issue #600. That’s two numbering changes, on the same title, in one year’s time. What’s going to happen when the title reaches some unremarkable issue number, like, say, #609? Is it going to be restarted again? And then, un-restarted when the would-have-been-700th issue approaches?

This whole idea can’t be all that far from the back from the minds of DC’s editors, either, who are still holding their collective breath after their recent company-wide restart. While they have yet to go with the un-renumbering scheme, they are the ones who might want to consider it within the next eight years or so, when Action Comics would be on track to reach what would have been its unprecedented 1000th issue. And Detective Comics a year or so later. 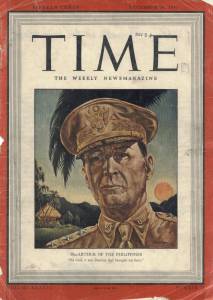 Or, here’s a daring and radical idea, publishers: why not go the route of every other magazine publisher out there and just forget about issue numbers completely? You don’t see Time or Rolling Stone or Consumer Reports with big issue numbers on the cover; just a publication date. If you want to commemorate the anniversary of any of your titles, than go ahead; then you can have a birthday celebration every year, if you want, instead of every one hundred issues. And here’s an incentive for you at least, DC: the 75th birthday of Action Comics is only a year and a half away, so you can celebrate that instead of waiting for #1000.

Playing with numbers might be fun for editors and collectors, but for readers, it should be a secondary concern, at best. Our biggest concern is, or should be, reading a great story, and whether the packaging calls it Action Comics #1 or Action Comics #905, it really shouldn’t make any difference.