Welcome back for another RETRO REVIEW, who knows what number?  Or how long I’ll be doing these things? But since I’m still here, I’ll simply carry on.  This week it’s time to look at a book from Marvel Comics.  And since two weeks ago I wrote about a Dark Horse Comics Star Wars comic book, I thought I’d keep it in a similar vein this week and have unearthed Marvel Super Special Magazine # 16.  And what’s special about this magazine? Glad you asked! And the answer is, that it features Marvel’s original comic book adaptation of; Star Wars: The Empire Strikes Back.

First let’s take a look at the painted cover by artist, Bob Larkin: 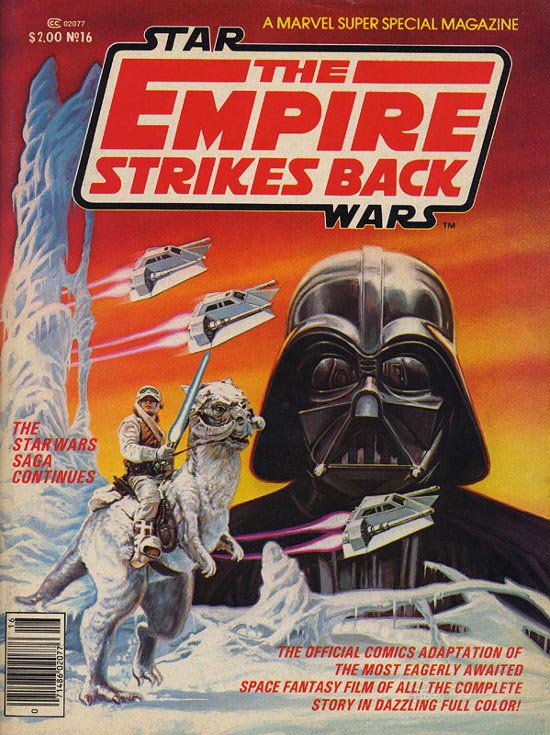 This magazine went on sale in the spring of 1980.  The movie that it adapted was released May 21, 1980, so the comic would have hit the stands just about at the same time the movie hit the theaters.  The actual screenplay was written by Science Fiction author, Leigh Brackett and screenwriter, Lawrence Kasdan.

The adaptation was written by Archie Goodwin and the art was provided by Al Williamson and Carlos Garzon.  Williamson provided the pencil artwork and Garzon applied the ink work.  The story and art were approved by Lucas Films.  In fact, Lucas Films pushed for the use of Williamson, because George Lucas thought he had done great art in other comics he had seen, which included Williamson’s EC Comics work, as well as, on the comic; Flash Gordon.

The artist also provided some nice single page illustrations for this magazine.  Here is the interior cover as drawn by Williamson and Garzon: 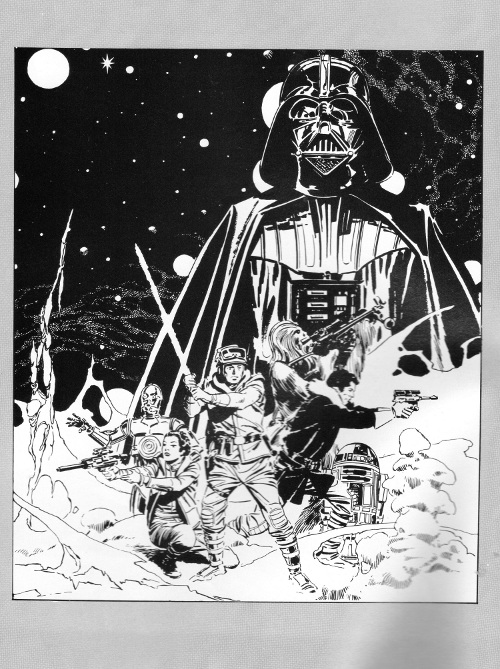 Here is a very nice Darth Vader illustration that followed the story: 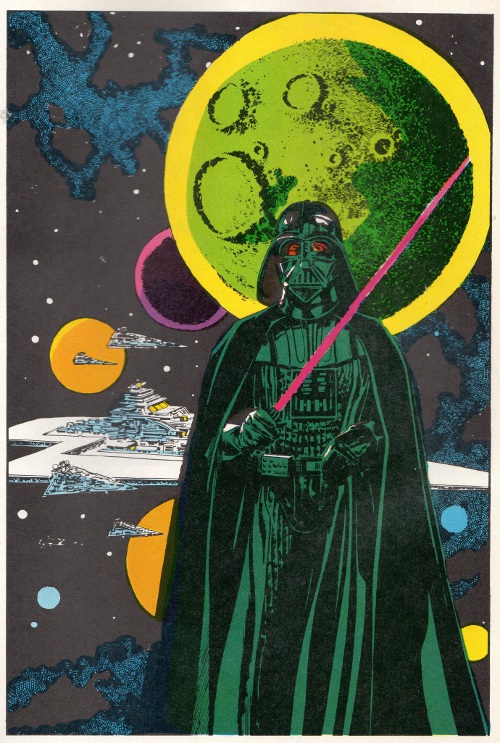 Also included in the magazine was this Empire Strikes Back poster like illustration: 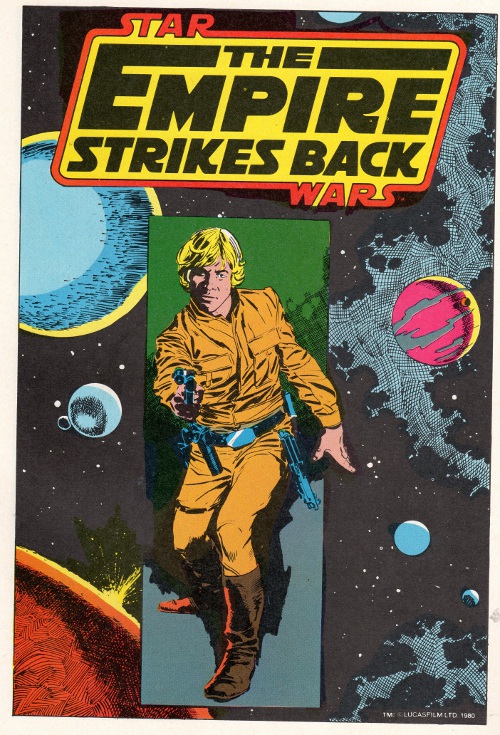 And finally, this illustration on the back cover: 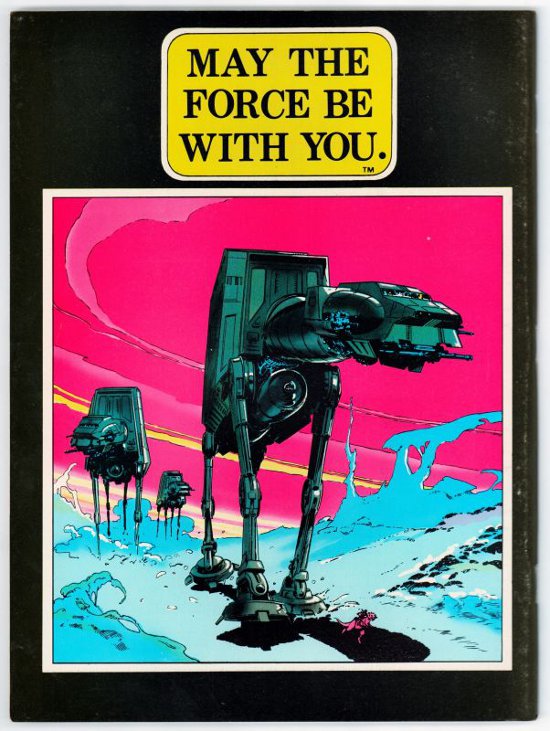 May the Force be with you, indeed.

The story was broken into six chapters.  The chapters were entitled: The Beginning, Battleground Hoth, Imperial Pursuit, To Be A Jedi, Betrayal At Bespin and Duel A Dark Lord.  I won’t go into the story itself, as I assume that everyone reading this knows the story to The Empire Strikes Back.  The comic does and excellent job in adapting the movie and the artwork is wonderful.

The same story and artwork was also used by Marvel in their regular Star Wars comic book.  It was run in issues; 39 through 44.  These comics were cover dated; September 1980 through February 1981.

Here’s the covers for the first two issues: 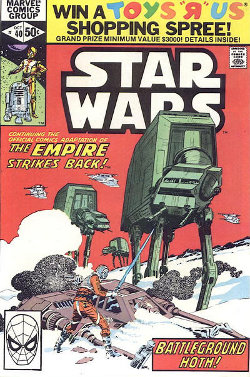 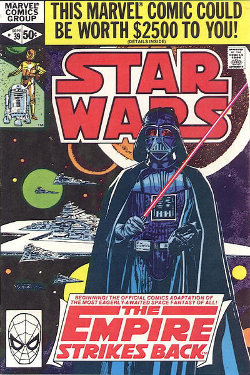 Here are the next two covers: 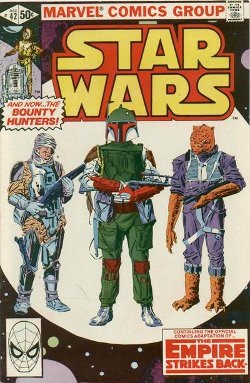 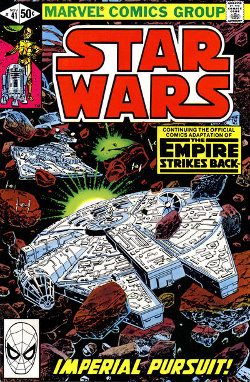 And here are the last two covers: 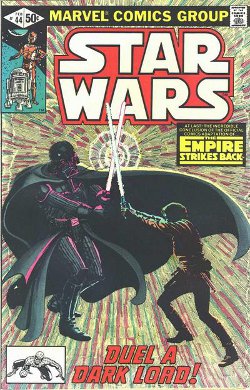 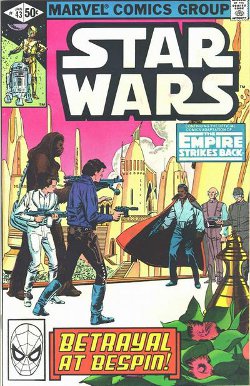 I think these issues are some of the best of the Marvel Star Wars run and whether you want to collect the individual issues, or the whole story in one place, in Marvel Super Special Magazine # 16, I definitely think one, or the other, or even both should be in your collection, if you’re any kind of Star Wars fan.  The colors in the magazine, which are printed on much better paper are really nice, so as much as I love newsprint comics, the magazine really does make the artwork sparkle!

That’s it for this week’s column.  Mostly art and not so many words, but hopefully if you don’t already own these comics, this gives you incentive to search them out and add them to your collection.

May the Force be with you!  At least until next week’s Fabulous Find and or course, please return in two weeks for a new RETRO REVIEW!