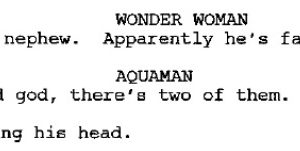 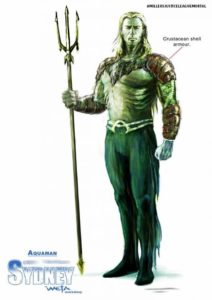 Welcome back to Scripting Errors, where we look at movies that might have been! In honor of SDCC and all the rumors swirling around November’s Justice League feature, we’re looking at the last attempt to make a JLA movie – the 2008 script known as Justice League: Mortal!

Husband and wife duo Kieran and Michele Mulroney, for director George Miller. Their primary writing credit today is Sherlock Holmes: A Game of Shadows (though Kieran will probably be forever remembered as the guy who yelled at George Costanza for double dipping a chip) while Miller has since attracted some notice for the fourth entry in his pet franchise.

Countermeasures developed by the ever-paranoid Batman have been stolen and turned against Earth’s superhuman heroes! Superman, Wonder Woman, The Flash, Aquaman, Martian Manhunter, and Green Lantern will have to band together (alongside a guilt-ridden Dark Knight) like never before to recover from these devastating sneak attacks and find the parties responsible. It’s the birth of…The Justice League! 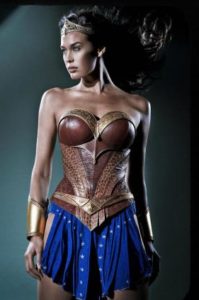 It’s amusing to read this script, written around the time Iron Man would have been in production, and see just how much Marvel Studios changed the game with their Cinematic Universe. Today, the lack of establishment for half its members is leveled as a pre-emptive criticism against Justice League, but back in 2008? Justice League: Mortal would have been utterly groundbreaking and pretty darn good. We, as a fandom, have been spoiled by the riches we have received since.