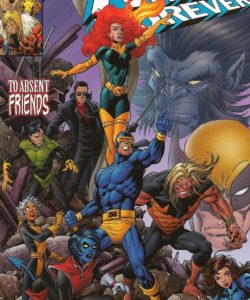 Welcome back to Strange Times & Places, where we’re looking at a mutant-centric story in honor of The Gifted’s season finale last night – Chris Claremont’s X-Men Forever.

It’s a Royale With Cheese, where a bunch of little differences add up to create something very different, but it all stems from a real life For Want of a Nail scenario: what if Chris Claremont hadn’t left the X-Men in 1991? That concept lasted for 24 regular issues and an annual, along with sixteen additional issues of “X-Men Forever 2”, perhaps the most incomprehensible restart Marvel’s ever done. 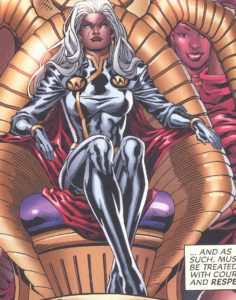 Overall? The X-Men find themselves dealing with the idea that mutant powers will eventually burn out a human body, a Consortium of shadowy government & business types that want to hasten the death of mutantkind (what else is new), and an evil clone of Storm that has conquered Wakanda.

Come Back Next Week for an X-Men Scripting Error!