We’re giddy like a schoolgirl here at Back to the Past, because artist Ryan Stegman will be here to sign 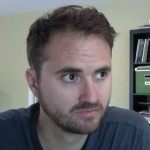 copies of the hotly debated Superior Spider-Man on the release date for the second issue, Wednesday January 30th.

Stegman will be appearing from 3PM to 7PM, during which time any purchase of a Superior Spider-Man #1 or #2 will score you a personalized Ryan Stegman autograph on your copy!  (While supplies last, one per customer.)

Ryan has graciously offered to do several head sketches throughout the day! Head sketches will be done on the blank variant cover for Superior Spider-Man #1 and our pals at Comic Book Displays are coming through with a gorgeous burgundy colored comic book frame for each head sketch!

The first round was raffled off to our weekly comic book subscribers, but an additional 10 sketches will be awarded in the showroom on the 30th. You must be present to win, and the weapon of choice is a trivia contest, so brush up on your Spider-Man knowledge! 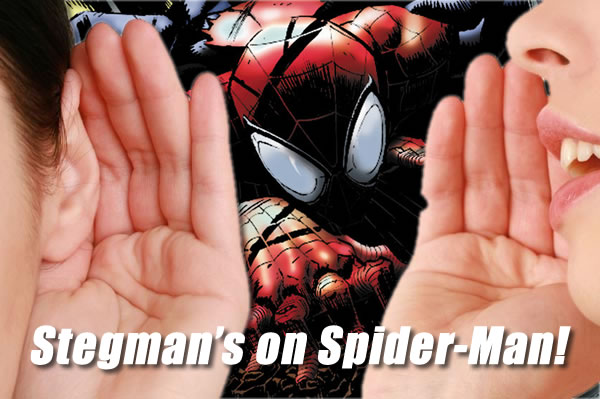 Why is Superior Spider-Man a big deal?

(Warning – Spoilers ahead.  Big ones.  Turn back now if you intend to read recent Spider-Man issues and want to be surprised…)

Since Amazing Spider-Man #600, we’ve been aware that longtime Spidey nemesis Doc Ock is dying.  With great villainy comes great hatred, and the Doc’s failing health has done nothing to diminish his goals of smashing Peter Parker like a bug.

Evil always seems to find a way, and our collective jaws dropped after reading Amazing Spider-Man #698, which revealed to us that Doctor Octopus had switched bodies with Peter Parker, and his mind is now at the helm of Spider-Man, with all of Peter Parker’s memories intact.  In the meantime, Peter Parker is trapped inside Doc’s dying body.

The final issue of Amazing Spider-Man, the triple-sized #700, brings us the moment that has Spider-Man comics fans heating up the bandwidth with debate.  Is Parker going to find a way to save the day?

No. there is no reprieve, no last minute fix.  Doctor Otto Octavius’ body breathes its last, and, as far as the world is concerned, a bad man with no redeeming qualities has departed the Earth.

But Otto’s not gone.  He’s still here and he has the legacy of Spider-Man to exploit to his own end.  What will he do with this kind of power and opportunity?  Will Parker’s memories inspire him to become heroic?

The first two issues of Superior Spider-Man will be written by Dan Slott and drawn by Ryan Stegman. They’re shipping in January, and don’t you really want to read them, now?

Where Should I Sell My Collectibles?
February 23, 2022
Go to Top