Should I Sell My Best Comics Separately? 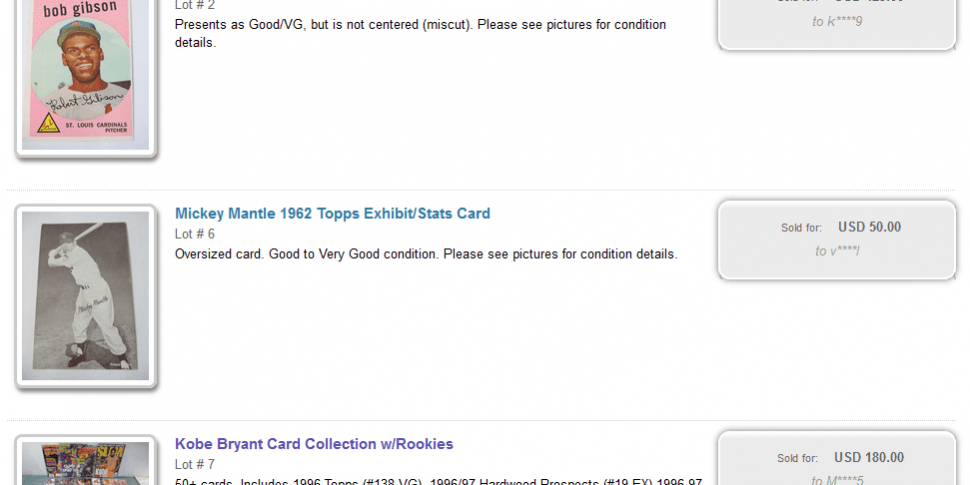 Welcome back to Hammer Drops! Each week, Back to the Past shares its cumulative decades of knowledge with you, the DIY collectibles seller. Today, we’re looking into a very thorny question, one that too many people forget to ask. How does one structure the sale of their collection?

” I already sold some of this myself, but I wanted you to have a look at it.”

An Example of Tentpoles At Work.

Often, you’ve just made the whole collection less interesting. Key issues, rare toys, and such are the poles on which a saleable collection are supported. Without them, you just have a lot of “stuff”. Which isn’t to say that there’s no value, there’s almost always some kind of value to a collection even without the key pieces. That’s why our auctions feature hundreds of lots rather than dozens. The problem comes if the lower value items are the only things left.

It’s not dissimilar to the way movies cast stars. For instance, you can have the best cast of unknown actors ever assembled giving the best performances ever committed to film and that movie’s lifetime box office won’t match the opening weekend of the worst Dwayne “The Rock” Johnson picture. Incredible Hulk #181, like Dwayne Johnson, draws people in. It will attract a collector’s attention, even if a collector isn’t strictly looking for that issue. But maybe, just maybe, you do have something else they’re looking for.

Even if it’s not something you’re doing yourself, it’s a bad idea to let anyone pick a collection, just because they are only interested in a few items. If and when you find someone who is buying collections and they explicitly offer to buy only some of what you’ve got, we recommend turning down that deal; unless there is a very compelling reason otherwise.

Be wary of selling your tent-poles while standing inside the tent! It’s gonna fall right on your head, and you will be left with the more common items. Which, again, might have value. But they, generally speaking aren’t the kind of item that somebody goes looking for on eBay or Marketplace specifically. They’re what folks go to comic cons to look for by diving in the back issue bins. Without the higher end pieces to draw people in, you are highly unlikely to get proper top dollar.

That principle applies to just about everything collectible. Everybody has holes in their collection that would be nice to fill but aren’t high priority. Whether it’s a particular coin or G.I. Joe or type of antique glassware, there’s a collector who will buy if they see it even if they didn’t set out to look for it.

Yeah, we know it’s a cliche, but it’s true. If you sell all the most valuable stuff out of your collection looking for a fast payday, or sell it to someone who’s picking the high dollar stuff and leaving you the rest, you’re just making it harder to sell everything else. Your collection may still sell, but it won’t do so as quickly or for as much total money as it may have.

How do you structure your collection for the best value? Well, that strategy varies. How much stuff do you have? Where are you selling it? How much research are doing/willing to do? Selling collectibles can be a full-time job – in fact, it’s our full-time job. When the time comes to bring your collection to market, let us help you! Or at the very least, listen to our advice every Monday in Hammer Drops.