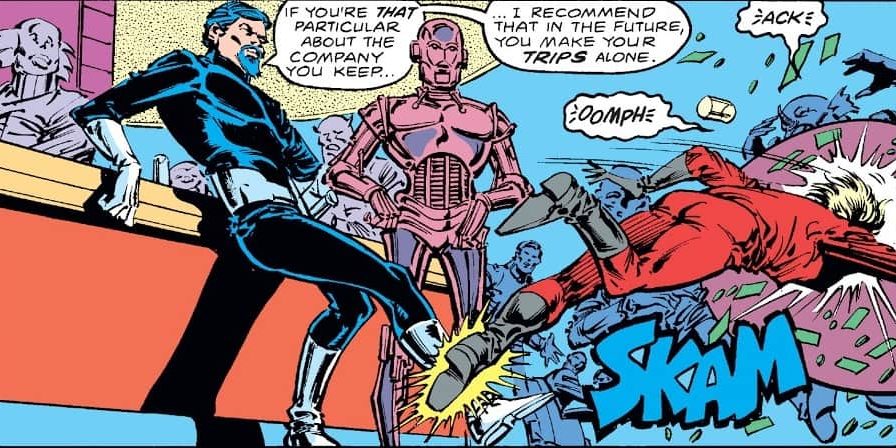 Welcome back to Consigned, Cool, & Collected! Each week, Back to the Past stops to share the cool backstories behind the great things we handle every day. Today, in honor of Obi-Wan Kenobi’s new show on Disney+, we’re looking at his first ever solo adventure from Star Wars #24. It comes to auction this weekend (Saturday, June 4, 2022 at 6  PM) alongside hundreds of other great comics and vintage toys. Don’t miss it! 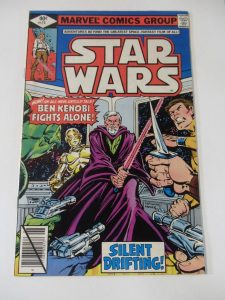 Early Adventures in the Expanded Universe

Star Wars #24 hit newsstands on March 27, 1979, with a June cover date. That’s more than a year before The Empire Strikes Back would land in theaters. It’s important to note that was a time when the Star Wars Galaxy rested on one movie. Heck, there had only been a bit over a year’s worth of original comic stories by this time. There was not yet the sprawling web of novels, comics, animated series, movies, and guidebooks that make up the canon today.

As such, Star Wars #24 is wholly incompatible with what we know about Obi-Wan Kenobi’s backstory today. Like the series on Disney+, it appears to take place between the Clone Wars and the first movie. Since the specifics of the Clone Wars wouldn’t be defined by George Lucas until 2002, the expanded universe was flying blind for decades.

When Star Wars #24 came out, audiences (including Marvel writers) knew five things about Obi-Wan Kenobi. First, he was a Jedi Knight. Second, he’d be a General in the Clone Wars. Third, he’d served the King of Alderaan. Fourth, he had personal beef with Darth Vader, his ex-student. And finally, he’d been hiding from the Empire on Tatooine. The bulk of this story is Princess Leia relating a tale from Kenobi’s service to her family back in the day. 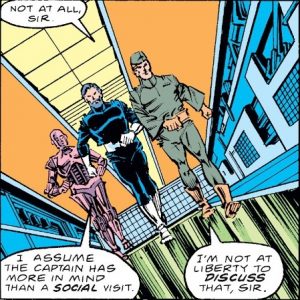 The spiffy Marvel Comics’ version of a Jedi’s uniform.

General Kenobi is traveling aboard a large, crowded civilian pleasure cruiser that’s Alderaan-bound. To get there, the cruiser must pass through the Merson System. It is protected by a thick asteroid belt and inhabited by xenophobic pirates.To avoid detection, ships cut all power but life support and drift their way through the asteroid belt before returning to hyperspace. Since they’re not radiating any signals or significant power signatures, they pass without notice.

The civilian captain calls General Kenobi to the bridge seeking his aid. Unusually, Merson Pirates are actively patrolling the asteroid belt. Disturbingly, they seem to have detected the pleasure cruiser. He is way out of his depth, and asks the respected Jedi Knight for his input. Kenobi, using The Force, pulls of a great maneuver using the ship’s two fixed laser cannons (one in front, in back) to take out both scouts at once.

General Kenobi then demonstrates the Jedi’s ability as peacekeepers by defusing a tense situation amongst the paranoid passengers. They’ve blamed a known crook who is a passenger for selling them out to the pirates and are ready to lynch him right there in the lounge. Kenobi, however, figures out that a piece of bar equipment that uses radiation to artificially age liquor – and is counted as part of life support for producing drinks – is the signal being tracked by the pirates. Liberal use of a lightsaber solves that situation, and the rest of the trip passes without incident. 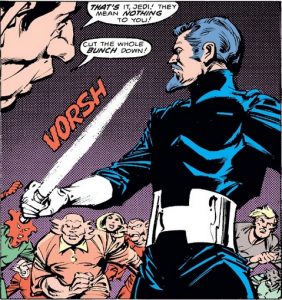 Spoiler: Obi-Wan does not massacre the passengers.

In the present, Princess Leia explains that Obi-Wan was entirely too dutiful and humble to brag this adventure. Luckily for the royal family, he was accompanied on this trip by protocol droid 68-RKO. If you’ve seen Return of the Jedi, you know protocol droids are great storytellers and RKO couldn’t resist sharing it with his masters.

Star Wars #24 is a crackerjack little Jedi story. It is also, unfortunately, complete incompatible with anything established about the Jedi in the Prequel films and TV shows. Not only does Obi-Wan look nothing like Ewan McGregor, his uniform is decidedly different than the Jedi robes or Clone armor the character canonically wears. Even more amusingly, a fan on the letters page chastises the creative team for writing Luke Skywalker and Princess Leia as “more like brother and sister than sweethearts”. Say, maybe that’s what gave George Lucas the idea…

Comics like Star Wars #24 are great time capsules of a specific moment in a franchise’s history. It is so fun to try to remove yourself from what has come since and look at them as they were then they were new. If you’ve got a collection you’ve loved but are ready to part with, Back to the Past is here to help you! We’ll bring them to market for you while matching the love and care you’ve put into them, bringing them to new owners that will do the same. And if you just want to keep enjoying trips down memory lane, Consigned, Cool, & Collected will be here every Monday.

A post shared by Back to the Past Collectibles (@b2pcollect)