The Hulk: Incredible or Not?

Last week, as you’ll remember, I wrote about Avengers founding member Iron Man, and how the character, despite his popularity with comic fans over the years, has been one of the most ill-treated by Marvel, as witnessed by long passed events such as The Crossing in 1995, where he was turned into a villain, and the events following that story where he was turned into a teenage kid. If you missed it and want to know more, you can read all about it here.

But that’s not to say that Iron Man has been the only badly-treated founding member of the Avengers; if you want to look at a character that hasn’t been shown a lot of respect for a good part of his existence, you need look no further than The Incredible Hulk. 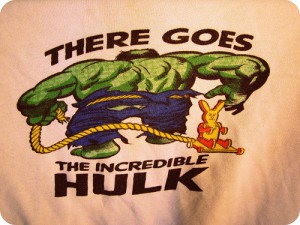 There Goes The Incredible Hulk. The back of what I think was the first ever shirt made with the Hulk's likeness. No respect.

It seems hard to believe nowadays, youngsters, but before the character had a pair of feature films, and events like World War Hulk and Planet Hulk centered around him, and even before the TV series from a generation ago, the only thing the Hulk really had of any significance under his belt was a tattered pair of purple pants. If you don’t believe me, I will tell you just how the Hulk spent the first half of his existence.

Every fan knows that the early 1960s were a golden age for Marvel Comics. Fantastic Four came blasting out of the gate first, and never looked back. Ditko, um, I mean, ditto with Amazing Spider-Man. The Mighty Thor and Iron Man were launched in anthology titles but ran continuously until they finally graduated to their own titles years later. 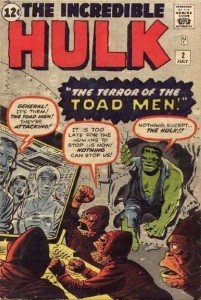 Despite this, Stan Lee apparently still felt that the character had some clout, as he gave him a spot on Marvel’s first modern-day all-star book; their answer to the Justice League; a title that was a group home for none other than Earth’s mightiest heroes: The Avengers. But while Thor, Iron Man, and even Ant-Man and The Wasp were summoned to unite in battle against a single menace, that single menace, as everyone knows, was of course, the Hulk. Yeah, he was set up by Loki, we know that; but still. All of the other founding members came in as heroes, but the Hulk came in as an unwitting stooge. A victim. And he wasn’t even officially invited to join the team; he just muscled his way in at the very end. 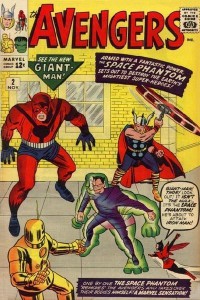 The 2nd issue of The Avengers gave us The Space Phantom. And the last time The Hulk was seen as a member of the team.

And even this didn’t work out so well, as in the very next issue, the Space Phantom also made the Hulk into a stooge by being the very first member of the team that he impersonated. The team ended up fighting the real Hulk; blows were exchanged, words were said, and this resulted in the Hulk leaving the team, after a mere one issue.

So: first the Hulk was tricked, then he was the only one to fight the team he eventually joined, he was negatively impersonated twice in as many issues, he was the first to quit, and he had the shortest possible tenure of any Avenger, while third-rate future members like Monica Rambeau, Rage, and Doctor Druid lasted longer.

No wonder why he’s always angry. 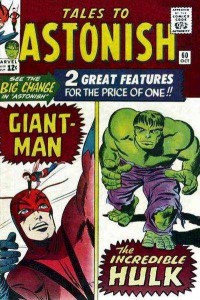 This is where The Hulk eventually landed: sharing a book with half of the team he quit.

He found a home, eventually, in Tales to Astonish. And he also got his own title, again, which proved to be permanent. But in all the years that followed, Marvel’s other titles gave us such epics like the Galactus Trilogy, the Kree / Skrull War, the Death of Gwen Stacy. Just what did we get in The Incredible Hulk?

Jarella? Doc Samson? The Bi-Beast, which can be interpreted in a totally different way today than in the 70s? 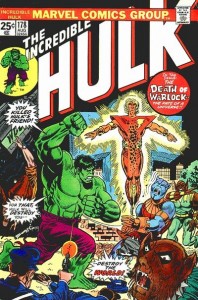 This was probably the best Hulk story in the character's first 25 years of existence.

None of those stories were bad, by any means. In truth, the stories in Tales to Astonish and The Incredible Hulk from the 60s into the 80s were enjoyable enough. But that’s about it. While most every other Marvel title could lay claim to at least several memorable stories if not some downright awesome runs, The Incredible Hulk just continued quietly chugging along. Even the once-lowly X-Men had an awesome Roy Thomas / Neal Adams stint. Not so with the Hulk, though. Never worse than OK; sometimes pretty good. But never great. 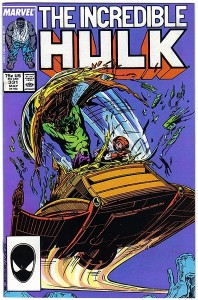 The start of Peter David's consecutive 11-year run, where things started getting . . . incredible.

Greatness didn’t come until 1987, a quarter century after the character’s debut, when writer Peter David began his eleven-year run on the title that finally made the Hulk, well, incredible. David took the character well beyond the Hulk-smash mentality that had dominated the book for too long, by finally stretching the legs of both aspects of the character’s identity. It was probably unthinkable, if not laughable, to bring back an incarnation of the character not seen since the very first issue and turn him into a Vegas mobster. But that’s exactly what David did, and it breathed a kind of new life into the book that it had never seen before. 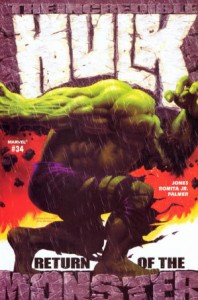 Writer Bruce Jones also kicked off a notable run with this issue.

David’s run paved the way for future writers like Bruce Jones and Paul Jenkins who also did their own things with the character that had never been explored. And as with any title, some storylines have succeeded better than others. But this more adventurous storytelling has made the character’s second quarter century a far more interesting one than his first.

And with a successful film now under his belt, and one that incorporated some of those modern elements, no less, the Hulk can definitely be considered one of Marvel’s heavy hitters. In both the comic and with mainstream audiences, the character can comfortably stand and fight alongside the likes of Iron Man and Thor.

Which, after all, was the purpose of the comic in the first place. The Incredible Hulk, at long last, does indeed have a place among Earth’s Mightiest Heroes.