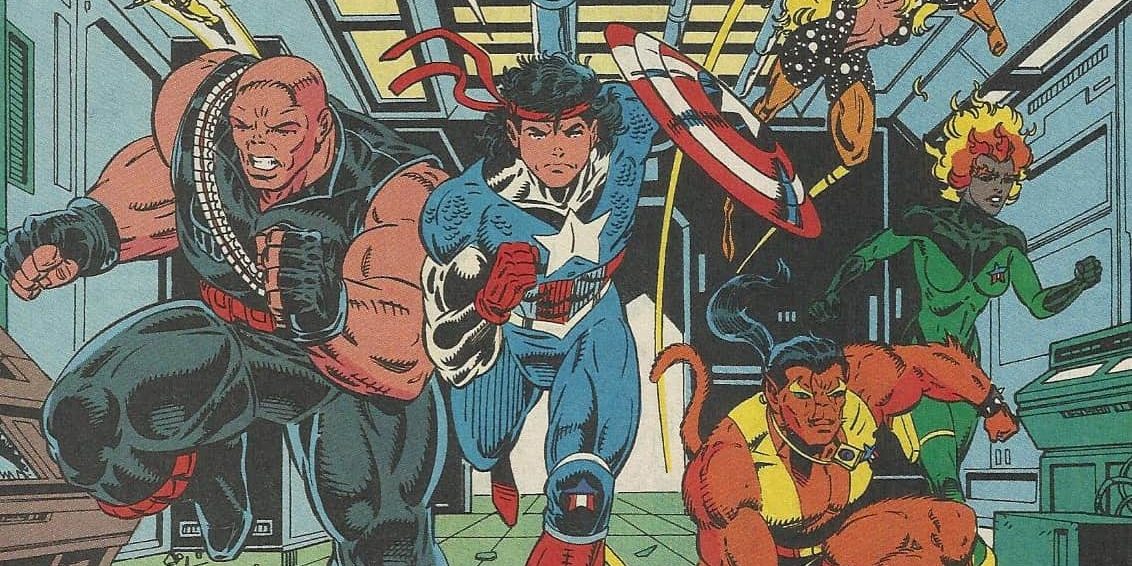 Welcome back to My Hero! Each week, Back to the Past uses this column to tell you why the obscure characters from our custom action figure collection are great! Years ago, we purchased the life’s work of an artist and comic fan whose chosen medium was granting forgotten comic characters the action figure immortality denied to them by major toymakers. We’re still sorting through it all, and we’re making new finds every week! This week’s find, who will soon be available on eBay is Vance Astro! Vance is a founding member of the Guardians of the Galaxy AND a modern day member of The Avengers. How is that possible? Well…

Adventures in the 30th Century 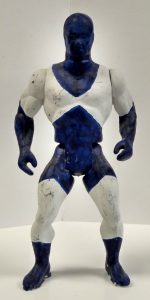 Major Vance Astro as he appears in our custom action figure collection!

Major Vance Astro makes his first appearance in Marvel Super-Heroes #18, way back in 1968! He was born in the 20th century and, as man’s first interstellar astronaut, takes the slow road to the 30th. Vance’s blood is replaced with a synthetic preservative fluid and his skin sealed in an airtight containment suit. NASA puts him in suspended animation for the duration of his 1000 year voyage to Centauri-IV.

Landing in 3006, he was met…by other humans. It seems that mankind has cracked the secret to faster-than-light travel in the intervening millennium and colonized the galaxy. Vance is nonplussed, his valiant sacrifice rendered moot. But when the Brotherhood of Badoon attack human space, he finds new meaning for his life! Discovering mutant psychokinetic powers, he brings together a group of other superhuman misfits to overthrow the reptilian aliens and restore freedom to the galaxy. As a mainstay member of the Guardians of the Galaxy, Vance would eventually take up Captain America’s long-lost shield under the name Major Victory. He was even freed from his containment suit…at least for a while. 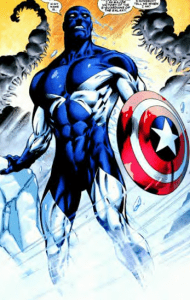 Vance Astro, AKA Major Victory, from the comics.

The Guardians of the Galaxy traveled to the “present day” of 1975 in Giant-Size Defenders #5. Their mission is simple: prevent the Badoon’s first invasion of Earth. That same issues featured Martinex, Vance’s crystalline teammate, meeting a young man named Vance Astrovik. Vance finds out about that and realizes he can save a version of himself from making the same mistakes. He confronts the teenage Vance Astrovik, Astro explains what’s in store if the young man enters the space program. This encounter activates the younger Vance’s mutant powers much earlier, and firmly diverges the timeline.

Vance Astrovik would go on to be a founding member of the teen hero team The New Warriors as Marvel Boy. After accidentally killing his abusive father and servicing prison time for it, he would adopt the new code-name of Justice. He would get engaged to his teammate Firestar and together they would join The Avengers as its latest rookie members. He has since been an instructor for The Initiative and Avengers Academy.

One of the few Mutants Toybiz Ignored

As near as we can tell, Vance Astro has only ever had two action figures produced. Both were by Hasbro, a 3.75″ scale one in 2015 and a Marvel Legends figure in 2016. Which is really weird, because he was a mutant hero leading the Guardians of the Galaxy when Marvel was owned by Toy Biz. Seriously, even Grizzly got an action figure! What gives? For decades the only way to put Vance on your shelf was with a custom action figure like ours.

If you’ve got collection like our custom figures, be it more customs, original art, garage kits, convention sketches, whatever – and are looking to sell it, get in touch! or if you want a comment or quote on something we’ve written about, we’re always available! We can be found dang near everywhere as @b2pcollect.