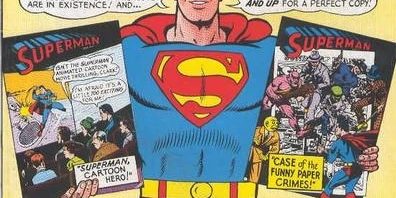 Action Comics #1, for those who may not know, is the first appearance of Superman.  Created by Joe Shuster & Jerry Siegel, this comic debuted with a 200,000 copy print run in 1938 with a cover price of ten cents.  It’s likely the most recognizable classic comics cover, and has been reproduced and imitated countless times over the years.

Action Comics #336, which shipped in April, 1966 had this passing blurb in the letters column: 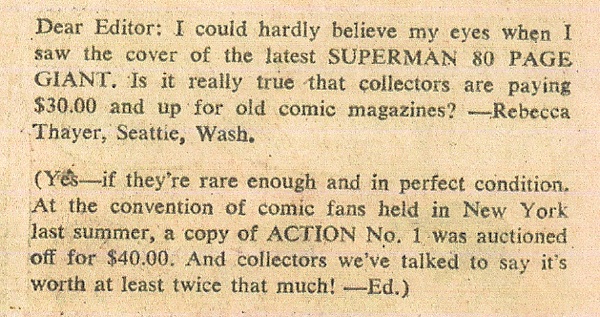 Wow, the first ever superhero comic book selling for $40.00?  Crazy!

In 2003, Diamond Comics Distributor President Steve Geppi offered to pay $1,000,000 for a near mint (or “brand new”) copy of Action Comics #1, and thus far nobody has materialized to take him up on his offer.

At this time, less than 200 copies of the comic are known to exist, and the majority of them are in very rough shape, with few known higher grade copies.