When that song was released, it was a time of record inflation, led the way by oil and gas prices but quickly followed by ever-increasing prices in just about everything we bought. And yes, that included comic books, which at the time had just risen to a staggering, gasp, forty cents. 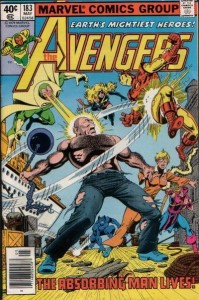 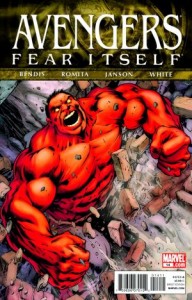 Forty cents; a once-thinkable quadrupling of the price that comics had stood at for decades, all while the story page count had dwindled to a mere seventeen pages over the same time. Of course, we didn’t know how good we had it; since 1979, the price of a standard comic has increased another tenfold.

The seventeen-page story count had long been viewed as a kind of unspoken and untouchable limit on the low end that dared not be breached. It was the publisher’s own version of glass that was to be broken in the event of an emergency; the limit could be breached, if necessary, but it would take an extreme circumstance to do so. To reduce that page count by even one page would put the story content of a comic at a mere 50%, and therefore invite undesirable accusations that comics were half full of advertising; accusations that wouldn’t quite be true, when accounting for letters and editorial pages, but hard to refute regardless. 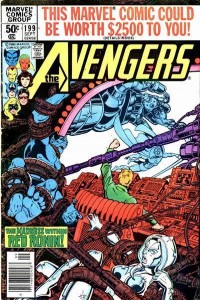 The ten cent price increase was unwelcome, as were the large banners at the top of each cover, but it was worth the five additional story pages. 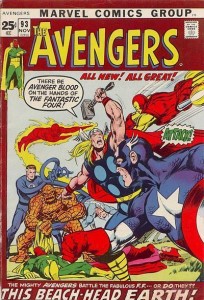 When Marvel found it time to raise prices again the following year, in 1980, they opted to raise them a full ten cents; an unprecedented increase, but one that allowed them to circumvent the difficult idea of further reducing story pages and instead add a full five pages of story content to each comic. Marvel had unsuccessfully tried a similar trick several years earlier, but this time it stuck; apparently another dime was a little easier to part with in 1980 than it was in 1971.

And the 22-page story count became the norm and largely remained so until very recently, when DC heavily promoted their Drawing The Line campaign, which reduced the price of most of their comics by one dollar but also reducing the story page count from 22 to 20.

Now, no one will argue that making something less expensive in and of itself is a bad thing. It’s the measures that are taken to bring about this cost reduction that can be of concern. And in the case of comic books, holding the line at $2.99 isn’t necessarily a good thing. And just exactly why not, you ask?

When inflation was running rampant in the late 70s, nothing mattered more to manufacturers than doing whatever they could to hold costs down so that consumers would continue to buy their products. And this was largely done by sacrificing those same products; page counts were reduced, fewer cookies were packaged in the box, fewer chips in the bag, less ice cream in the carton. Unproven materials were used to build homes. Substandard manufacturing practices were used to build cars.

Nothing was more aggravating than buying a bag of potato chips that didn’t seem to last quite as long as it used to. Except maybe for driving a car that rattled and clunked down the road, if it didn’t break down entirely. And drafty windows in a new house were inexcusable, but it happened.

So maybe reducing a page count to 20 doesn’t seem so bad, if it means literally saving a buck. But how about if it drops to 18? What about if it goes back to 17? And what about when the price of a standard comic book inevitably goes back up, as it will? Because cheapening comic books won’t prevent price increases; it will just stall them for awhile. What’s going to happen when DC stops holding the line that they’ve drawn, and starts to toe it?

It’s only a matter of time before we’re paying $3.99 for a twenty page story, putting us in a worse position than we were when DC decided that the line should be held. Making comics cheaper is a laudable goal, but making them cheap is not.

Especially when it’s a medium still trying to win over mass acceptance.

Category: Comic BooksBy Jim JohnsonJuly 12, 2011Leave a comment
Tags: I Will Tell You