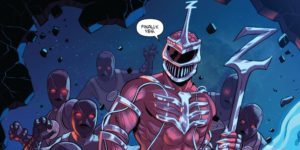 Welcome to Tokusatsu Gesundheit, where we’re tossing out the schedule to review something that was released this week! Justice League/Power Rangers #1, a crossover between America’s favorite tokusatsu series and the World’s Greatest Superheroes from DC Comics and Boom! Studios, hit new issue racks on 01/11 and made enough of an impression that it warranted writing about. 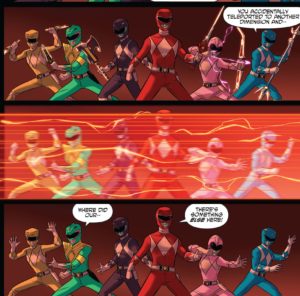 When an attack on the Command Center by Lord Zedd damages the Power Rangers teleporter device, The Black Ranger risks everything to transport the Emperor of Evil away from their base. He lands in another dimension, specifically in Gotham City, and is quickly confronted by Batman, who doesn’t take kindly to a super powered teenager running around his city with an axe. The other Rangers come to rescue their friend, Batman calls for back-up, and things go the standard superhero crossover way from there.

Pro: The last page made me laugh out loud. 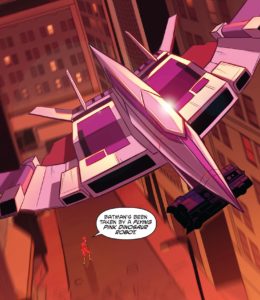 Con: I’m not sure how the Power Rangers could mistake Batman, a normal human being with a partially exposed face, for one of Lord Zedd’s monsters.

While not without flaws, the issue is a fun crossover between two great franchises and is worthy of a look.

NEXT WEEK: The question of What If gets posed in a Galaxy Far, Far Away in Star Wars Infinities: A New Hope!