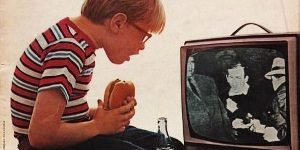 Greetings and salutations once again, fans.  I’m back with a brand spanking new Fabulous Find.  And this week I’m digging back into the “wayback machine” and pulling out the May 1967 issue of Esquire Magazine.  It’s got a photo cover of a young boy eating a hamburger and drinking a coca-cola while watching the Lee Oswald assassination  on a portable black and white television.  So not only are we going back to 1967, but the magazine in question is going back to 1963!  That almost makes your head spin, doesn’t it?

Here is the cover to that issue: 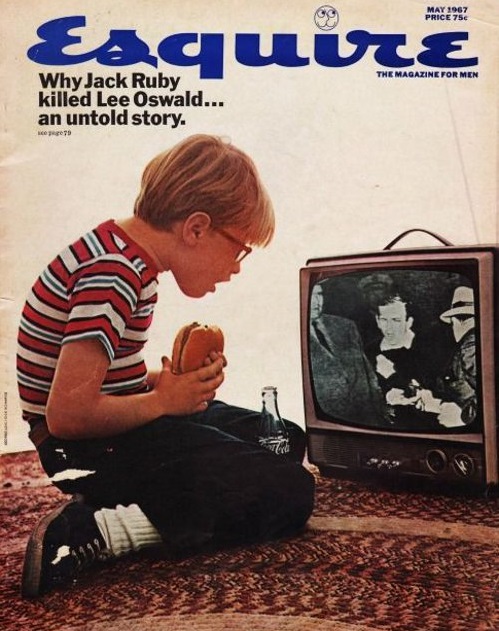 The indicia shows that this issue is volume LXVII, number 5, whole number 402.  So, why am I bringing this particular issue to your attention?  Well, I admit it’s not obvious, but the cover holds a clue.  The picture, as well as, the caption …”Why Jack Ruby killed Lee Oswald … an untold story.”

Well, guess what?  That untold story is written and drawn by none other than … Jack Kirby!  And for those that want to know all the details, Kirby’s pencils were inked by Chic Stone.  The story is just three pages and covers, as the title of the story says … “48 Hours and 36 Minutes in the Life of Jack Ruby”.

The story was completed for the article that ran that issue, written by Garry Wills and Ovid Demaris, entitled; “You all know me!  I’m Jack Ruby!”,  The article begins on page 79 of the issue and Kirby’s story runs on pages 80 through 82.  Also appearing that issue was another article entitled; “A Second Primer Os Assassination Theories”.  There is no writer credited with this article, but it basically provides twenty-five (25) additional theories to the Kennedy Assassination once the “Single Bullet Theory” seemed to have fallen apart.  Pretty interesting reading, especially if you’re a conspiracy buff!

But I suspect most of my readers are more interested in the Jack Kirby three pagers, so without further ado, here are those three pages: 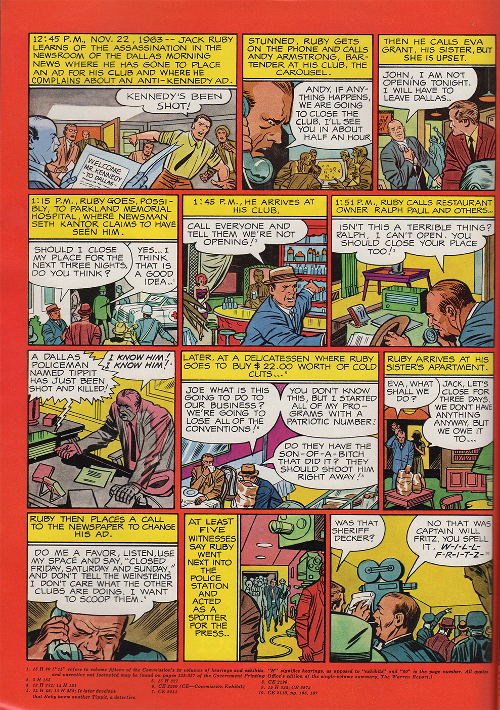 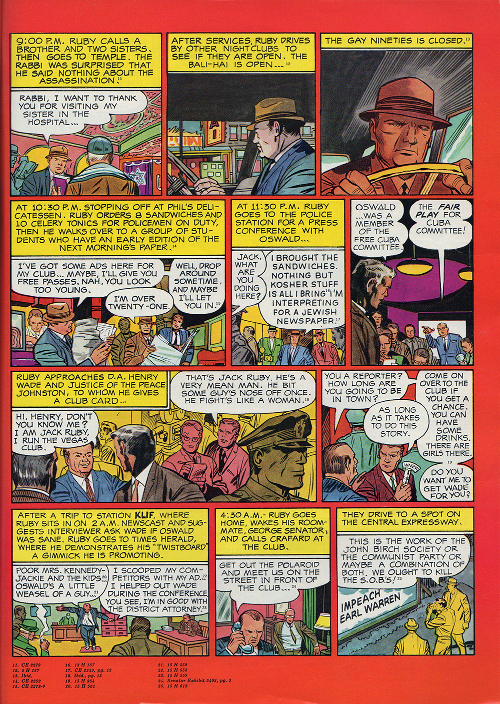 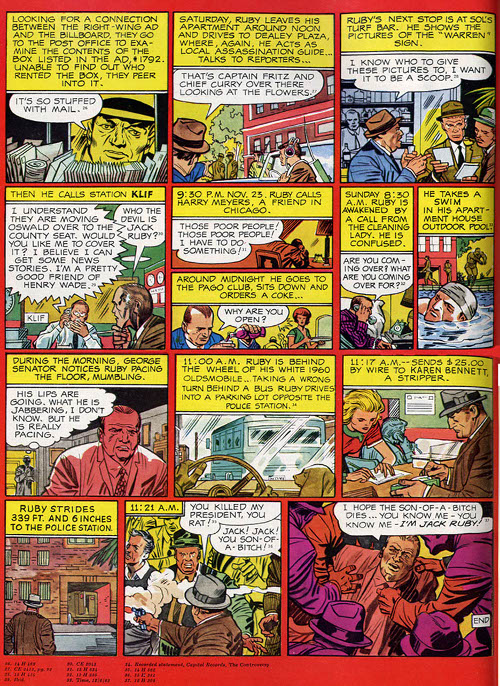 You should be able to read it, but if not, try to pick up a copy so you can see it in it’s large glory, as Esquire was an oversized magazine back in 1967, with pages measuring 10 by 13.  Also, you might notice the small footnotes on the bottom of each page.  These reference the actual Warren Commission hearings testimony.  So Jack’s story is historical accurate.

This may not be my coolest Fabulous Find, but if you’re a Jack Kirby fan, it might be a pretty rare find, and one that you have never seen.  Hope you enjoyed it!

I’ll be back again next Friday with a new RETRO REVIEW and of course, back in two weeks with hopefully, another neat Fabulous Find.  Take care folks!