Greg Hildebrandt Calls For Artists to Unite a Divided Nation 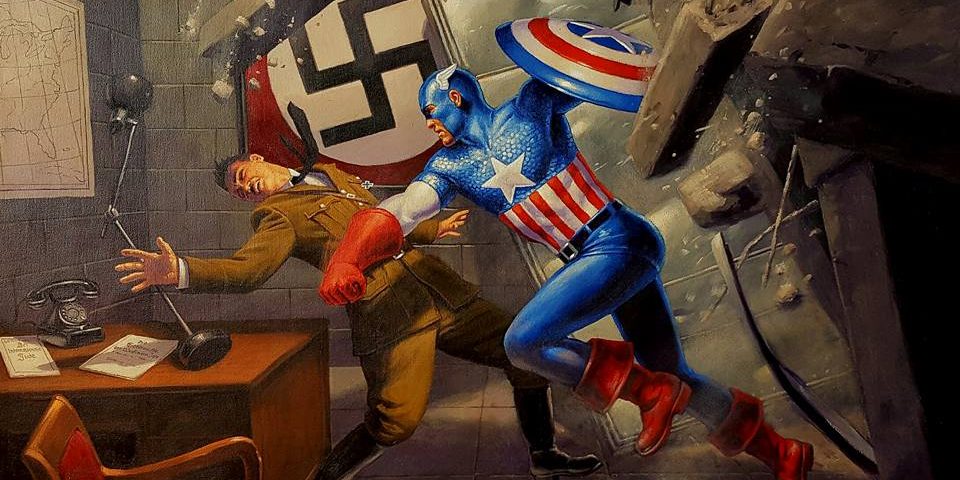 I WILL TELL YOU INAUGURATION SPECIAL #1:
Greg Hildebrandt Calls For Artists to Unite a Divided Nation

The recent U.S. presidential election was one of the most divisive campaigns in recent memory, and although Friday’s inauguration of Donald Trump as President officially closes out the election, the country remains sharply divided along political lines. This divisiveness has not only impacted American sociopolitical culture, but also pop culture, as anyone who has watched “Saturday Night Live” or followed their favorite celebrities on social media can attest. The comics industry hasn’t been immune to the controversy, either, as witnessed by recent statements by comics artists such as George Perez and Humberto Ramos announcing their decisions not to appear at any conventions held in so-called “red” states; that is, states carried by Trump in the electoral college that helped him win the election.

While some artists have elected to make their own political statement by boycotting specific shows, other creators such as Tony Harris and Scott Lobdell have come forward stating that their decision to attend any given convention would not be influenced by the political persuasion of the voters residing in the state holding the event. One artist in particular, however, not only looks down at politicizing the idea of exhibiting at conventions, but actually seeks to speak a message of unity to all creators.

Veteran illustrator Greg Hildebrandt, known for his iconic “Star Wars” poster and “Lord of the Rings” calendars done with his late brother Tim Hildebrandt in the ’70s, as well as his more recent work for Marvel Comics, spoke recently about his desire for creators to put their own political beliefs aside for the betterment of their fans, the industry, and even the country as a whole. His wife and agent Jean Scrocco joined Hildebrandt in an interview discussing the importance of unity during such a time of division. 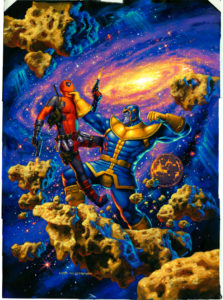 Hildebrandt takes issue with imposing the binary nature of the electoral voting system on a state’s population. “The whole concept of ‘red’ states and ‘blue’ states implies that every single human being in that state is of the same mindset,” said Hildebrandt. “There’s no such thing as a monolithic state; there are all kinds of people with all kinds of opinions; you can’t oversimplify it like that.”

Scrocco noted that creators who base their convention appearances on the broad strokes of the electoral college are only hurting their fans, not the current president. “Art is supposed to lift you up; to heal you; to bring beauty into your life. When an artist pulls away from his or her fans and says ‘I’m not showing up because of who your state voted for,’ we’re missing that point.”

“People are so beat up right now,” Scrocco continued, mentioning the mutual and symbiotic need artists and fans have for each other. “They need some joy, some beauty, some happiness. We need to figure out how to bring this country together, not tear it apart more. If we don’t go into the red states, we’re telling our fans, ‘Screw you.’ These are the people who’ve came up to your booth and told you how great you were, and now you’re going to turn away from them?”

Scrocco further stressed the need for creators to look past their feelings, not just for the fans, but for the good of all. “Sometimes we blind ourselves with our own anger, and once we do that, we’re hurting ourselves, we’re hurting our fans, and we’re hurting the industry. Why would we ever want to do that? There have been many times in this country when something happens that divides us, and it’s been art, music, etc. that has brought us back together. You get creative people together, and we have an enormous amount of power. If we separate ourselves within our own world, we have to overcome it.”

“You have to overcome it,” Hildebrandt added. “You can’t let it overcome you, or you become part of the mania you’re opposed to.”

On behalf of both herself and Hildebrandt, Scrocco made a plea to her fellow artists, as well as other creators. “We are wanting to reach out to people who are friends and say let’s come together as a group, and say we’re bigger than this; we’re better than this,” Scrocco urged. “We didn’t get the president we wanted, but let’s move forward, and upward, and make a difference with what we do, with our art and our writing. If we just all disappear into the blue states, we might as well just cut the United States in half.”

To his peers, Hildebrandt added, “You bring people together with your work; you shouldn’t divide people and take a stand like that. Pour into those states with your work and unify people.” 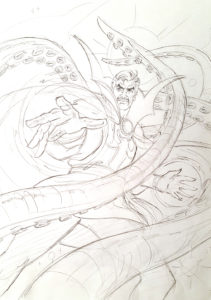 “You’re denying the world your magnificence, your inspiration,” Hildebrandt concluded. “And in so doing, that which claim to be opposed to has won.”

Hildebrandt and Scrocco just returned from the week-long Barrett-Jackson Automobilia Auction in Scottsdale, Arizona (a “red” state), where Hildebrandt exhibited several pieces of his work.