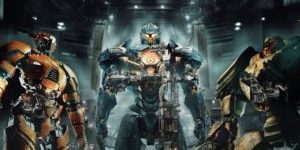 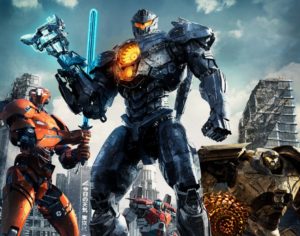 Welcome to Tokusatsu Gesundheit, where today we’re looking at an American tokusatsu flick that’s currently in theaters – Pacific Rim Uprising! Spoilers will abound, so be warned.

Ten years after the end of the Kaiju War and the closure of the rift between dimensions, the Pan-Pacific Defense Corps has developed a new generation of Jaegers…that spend most of their time tracking down bootleg Jaegers. The Jaeger program is in danger of being replaced by a drone program…until the Kaiju suddenly and mysteriously return. 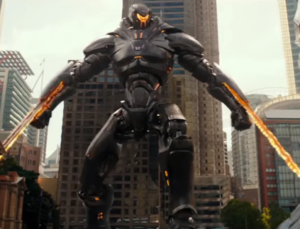 Pac Rim Uprising is the sequel to 2013 kaiju vs. mecha movie, Pacific Rim. It has an entirely new creative team, lead by former Daredevil showrunner and Joss Whedon protégé Steven S. DeKnight, as well as new…everything else, really.

The flick is a big, fun ride. You’ll note I didn’t talk much about characters because, frankly, there’s not much there in the flick. Most of the heroes are written as broad archetypes, and little time is spent getting to know any of them – even the leads, really. It puts meaningful character development on the back burner to start the giant robot action early and keep it running throughout, but does so in a way that is still satisfying. Far from a great film, it is a competent and enjoyable summer blockbuster.