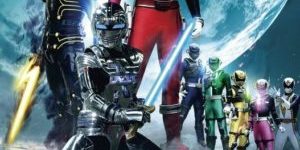 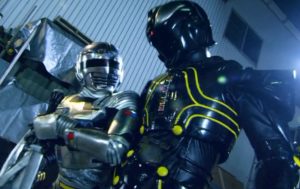 Geki Jumonji, AKA Space Sheriff Gavan Type G, is investigating a new intergalactic crime syndicate called Genmaku. Geki partner Shelly is seemingly killed during a battle with Mad Gallant, one of Genmaku’s 12 Apostles, and Geki is rescued by Special Police Dekaranger’s elite Fire Squad. Removed from the case for his recklessness, Geki teams up with the SPD’s primary Ranger unit to solve the case without his superiors knowing – but can a hothead like him really be a team player?

Space Squad is a V-Cinema series that continues the revived Space Sheriff series and brings back the Dekaranger team after a fairly popular anniversary special. It’s a nifty concept blending concepts from various Metal Heroes shows as well as Super Sentai, and I sincerely hope that it gets more installments.

While nothing Earth shaking, this flick proves a worthy addition to the revived Gavan mythos and served as a fun if unforgiving introduction to the characters of Dekaranger. It is definitely worth checking out.