I WILL TELL YOU #62: Top 5 Reasons Why The Avengers Are So Cool

Top 5 Reasons Why The Avengers Are So Cool

The Avengers are so cool, in fact, that I will tell you why with no lead-in whatsoever. 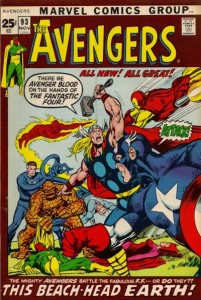 5. Comics’ Mightiest Creators
Sure, Fantastic Four had Stan Lee and Jack Kirby, and Uncanny X-Men had Chris Claremont and John Byrne. But The Avengers had all of those guys too, at one time or another. Stan and Jack launched all of these teams, of course, but let’s not forget that Roy Thomas took over the writing chores after Stan, and stayed on for several years. And in that time, he introduced mainstay characters like The Vision, Ultron, and Yellowjacket, gave us the epic Kree / Skrull War, and did all of that with the help of great artists such as John Buscema, Barry not-yet-Windsor Smith, and Neal Adams. Jim Shooter came on later and brought some of Earth’s Mightiest Artists with him, among them George Pérez and Byrne. And David Michelinie, Kurt Busiek, and yes, Geoff Johns all left their mark on the title in later years. The various rosters of Earth Mightiest Heroes became mighty for a reason, and it’s because of these guys and many others. 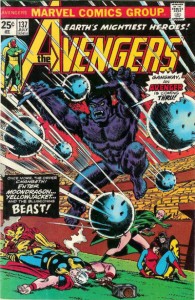 Avengers #137, 1975; where The Beast finally started showing some cool.

4. Earth’s Lamest Heroes, Made Mighty
Let’s be honest, X-Men fans: was The Beast really all that great a character before he joined The Avengers? He never really stood out in The X-Men despite his witty athleticism. Gerry Conway and Tom Sutton made him blue and furry, but even this never really clicked until Steve Englehart brought him into The Avengers. And was a character like Hawkeye really anything more than a two-bit villain until Stan Lee invited him in, put him under the tutelage of none other Captain America, and made a true hero out of him? Even throwaway characters like Wonder Man were made interesting and became an integral part of the team for awhile. And Wonder Man keeps coming back from the dead, predating the zombie craze by decades. 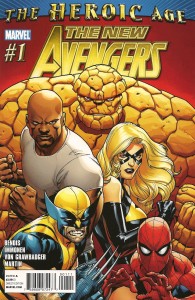 3. Earth’s Most Flexible Roster
When Stan Lee sent everyone packing except Captain America, and brought in a bunch of second-rate villains, including the aforementioned Hawkeye, it was a daring move that shouldn’t have worked. But it did, because Stan made them into great heroes. And because of this, Hawkeye, Quicksilver, and the Scarlet Witch have become critical members of the team. Brian Michael Bendis has been doing the same for years, creating a solid connection between The Avengers and characters like Spider-Man, The Thing, Wolverine, and Luke Cage; a connection that had been threadbare if not non-existent before. And, books that have expanded the franchise like Avengers West Coast and New Avengers have proven that an Avengers comic doesn’t have to feature Cap, Thor, and Iron Man to be entertaining. 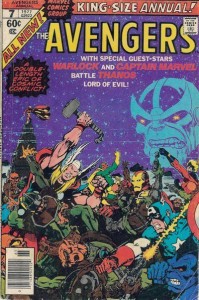 2. Comics’ Mightiest Annuals
Annuals were always cool back in the day, and none proved this more every year than The Avengers, starting with the very first in 1967, where Avengers past and present united to fight their best villains, as united by The Mandarin. This issue set the standard for what annuals could and should be, and Avengers annuals repeatedly delivered on this for years. Like the following year, where the current Avengers encountered their past selves. Or #7, Jim Starlin’s mind-blowing epic Warlock / Thanos story that had to spill over into Marvel Two-In-One. Or #10, by Chris Claremont and Michael Golden, which featured the X-Men and the first appearance of Rogue. Told you Claremont had touched the Avengers, in case you couldn’t remember. 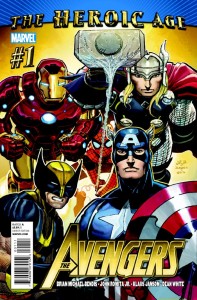 1. Earth’s Mightiest Heroes
And of course, what’s not to like about the very essence of The Avengers: a comic that teams up most, if not all, of Marvel’s most popular characters. Back in the day, you wouldn’t find Thor, Iron Man, and Cap fighting together anywhere else, and that still holds true today. Only now, you can add a bunch of other characters to the mix. As kids, we found nothing cooler than a comic where our favorite characters would be featured together, and The Avengers over the years has been most successful when it’s stoked those feelings in its readers. There’s just something about an all-star roster every issue that automatically makes The Avengers stand out.

Most successful comics can lay claim to one or maybe even a few of the above cool-factors, but when The Avengers has fired on all cylinders, it’s been Marvel’s benchmark franchise. And when that’s happened, there have been few comics that have been better. And that’s why The Avengers are oh-so-cool.