What Can Add Value To Modern Toys? 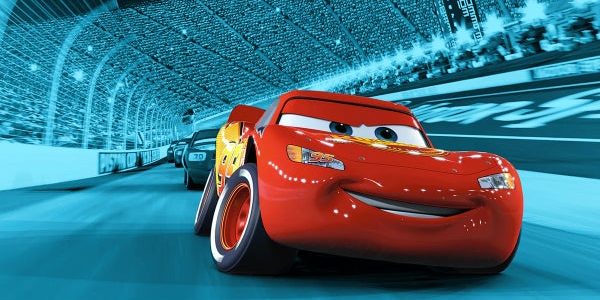 Welcome back to Hammer Drops, where we here at Back to the Past share some of the signs and portents that need to be read to find the best value in a collection. Last week, we covered how the surprise success of an indie darling can make a modern comic worth good money. Today, we’re looking at modern toys in the same way. Our specific example is the Pixar’s Cars Motor Speedway of the South, currently listed on eBay for $4,000. 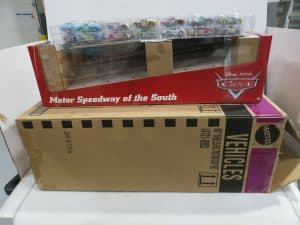 Our brand new, unopened Cars Motor Speedway of the South

Simply put, a collectible is only valuable if people want to pay more for it. Admittedly, truly unpopular things like quickly cancelled TV shows don’t often get made into collectibles. Even so, the 1990s were a time of explosive growth in action figure production and, for instance, comic book bad girls that not even their creators remember these days received plastic immortality. Many of which, while nifty bits of comics history, haven’t really accrued significant value.

Pixar’s Cars film franchise does not have that problem. The original film hit theaters 15 years ago, and the spin-offs are still coming out today. Toys, mostly die-cast vehicles, based on the franchise have been on shelves that entire fifteen years. Whats more, someone who was twelve years old when that first flick came out is 27 today. Other than reminding us of the inevitable grind of time, that means they’re adults. Adults with jobs, disposable income, and possibly even a kid of their own. The franchise is just old enough to have both nostalgic interest and brand news fans, and that’s only going to grow.

And that’s not even getting into the massive audience for Disneyana in general. If there’s one thing that the Walt Disney Corporation excels at, its creating (or acquiring, in the case of Marvel or Star Wars) dedicated fanbases and keeping them around.

Here’s a general rule: if you can find it in a big box store, its not that exclusive. There are exceptions, of course, but its a good rule of thumb for maintaining realistic expectations. Limited edition pieces are good, but “limited” is a very elastic term – technically speaking, the Beanie Babies of the 90s were “limited edition” but that limit was in the hundreds of thousands to low millions. Much smaller than the audience they had at the time, but a few orders of magnitude larger than the audience they have in the present.

What the Motor Speedway of the South looks like fully assembled for display.

The Motor Speedway of the South was a product of the Hot Wheels Red Line Club. Named for the original (and most valuable) regular Hot Wheels wave, the club is a pricey fanclub on their website that gets access to pre-sales on exclusive vehicles, exclusive sneak peeks, and voting on what will designs will make it into production. This set went on sale on May 20, 2008 and was limited to just one thousand pieces. It sold out in two-and-half hours. It really doesn’t get much more exclusive than that in the world of mass produced licensed toys.

The set we’re handling is numbered 97/1000, so it carries the bonus of being a low number.

Condition always matters. Even the hardest to find items drop in value as the condition deteriorates. Our specimen of the Motor Speedway of the South is immaculate. Pete Johnson, our lead evaluator with sixth sense for finding valuable toys, explained that this particular set shipped with the cars packed separately from the “box” . Both were secured inside a shipping box, with their own reinforcement and packing. You can see it in our pictures. This meant that to display the piece in a way that appeared to be unopened, you paradoxically had to open everything. Since this wasn’t a cheap set to begin with, most folks who wanted it for display purposes did just that (example seen in the stock photo above). 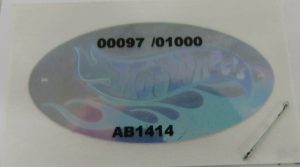 The Seal of Authenticity that came with our specimen.

Wait, didn’t we just cover this? Not exactly. For our purposes, “Exclusivity” refers to availability when it was first released. “Rarity” here is referring to availability on the secondary market. We touched on the idea with out Beanie Baby example, as it really is much easier to find Beanie Babies today than it was in the late 90s. The same goes for various retailer exclusive toys: it doesn’t matter if you had to be at Walgreens at opening on the day they arrived to have any hope of snagging it when it was new if there are dozens of them on eBay now.

As of this writing, there are four Motor Speedway of the South sets listed on eBay. That’s 0.4% of all the ones made. Only one of those is unopened and undisplayed, listed as Brand New. You get one guess who that listing belongs to…

The Lesson: Evaluate Every Piece!

Ask yourself: If I opened a box in my uncle’s garage and saw that set of die-cast Disney cars separate from apparent packaging, would that have pinged my radar as a valuable piece? There might a few folks answering yes, but let’s be honest here. There are a lot more folks answering “no” who are likely to pass right by a gem like this! To the untrained eye, this set might just look like an unusually organized childhood collection due to its size and the way it shipped. That’s why careful, piece-by-piece evaluation is key to getting the best value out of a collection. Or you could call in the experts at Back to the Past for help and not worry about it. For obvious reasons, we’re partial to that second option. But even if you’d prefer to do it yourself, we’re here every Wednesday with more Hammer Drops to help you from afar.