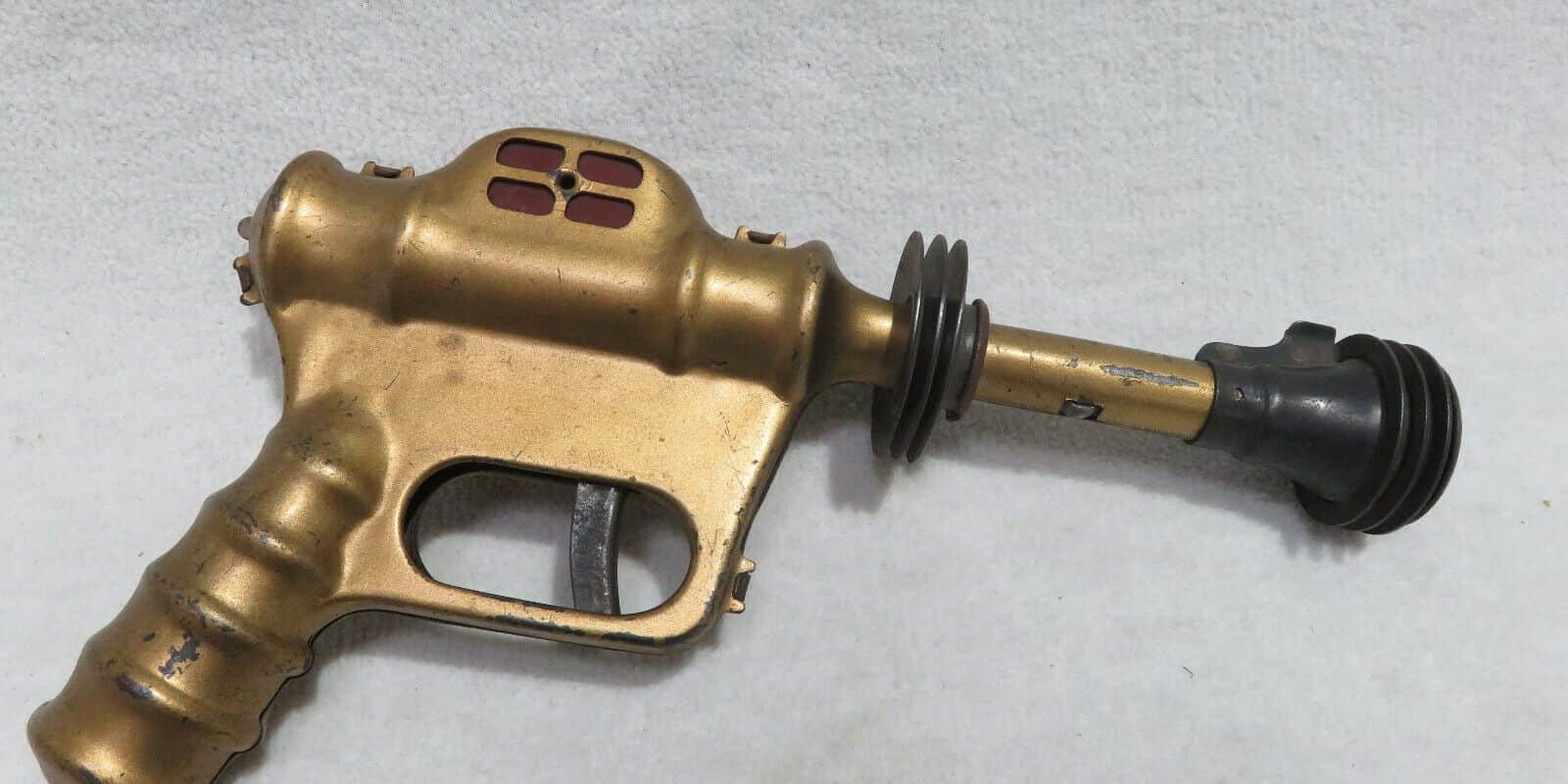 Welcome back to Consigned, Cool, & Collected, where Back to the Past explains a bit of the cool factor behind something we’re selling. This week, our eyes turn to the eBay store and the Buck Rogers 25th Century Atomic Pistol we recently listed. There’s a lot of nifty history wrapped up in it, not the least of which is that it was manufactured about 25 minutes from where it now sits. 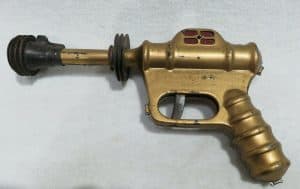 In 1882, inventor Clarence Hamilton founded the Plymouth Iron Wind Mill Company in Plymouth, MI. It manufactured, well, iron windmills for use on farms. Around the corner, he also operated the Plymouth Air Rifle Company, a player in the emerging field of children’s pellet guns. In 1888, he pitched the board of the Wind Mill company on using their equipment to manufacture all-metal pellet guns (previous models had been at least partly wooden). As legend goes, the company’s general manager tested out the prototype and remarked “Boy, it’s a daisy!” The board agreed to produce the rifle, and the Daisy BB Gun was born. It was first offered as a premium item bundled with every windmill sold, but they quickly became a stand alone item.

By 1895, sales were such that the company quit selling wind mills and changed their name to the Daisy Manufacturing Company.

The story Armageddon 2419 A.D. by Philip Francis Nowlan was published in the August 1928 issue of Amazing Stories. It was followed in March 1929 by a sequel, The Airlords of Han. The stories were the earliest appearances of World War I veteran Buck Rogers, preserved in a freak natural chemical leak until being discovered and awakened in the 25th century. He proceeds to adventure around the galaxy using the fantastic technology of the distant future.

The character was an instant hit, spawning a syndicated comic strip adaptation entitled Buck Rogers in the 25th Century A.D. It debuted on January 7, 1929. A few years later, in 1932, Buck made his radio debut in a show on CBS that would run until 1947. 1939 saw Buck Rogers make the leap to the silver screen in a twelve part serial. Buck Rogers was a certified pop culture sensation.

The last vestige of Daisy’s Plymouth factory, demolished in 2013.

Thus, there were tie-ins. The first ever Buck Rogers Ray Gun “toy” was a cardboard cut-out offered by Cocomalt cereal, the radio’s show’s sponsor, in 1933. It was quickly followed by the Daisy Manufacturing Company’s Buck Rogers Rocket Pistol in 1934. Daisy undertook a full-court press in marketing it:

It worked. Two-thousand people showed up to Macy’s on the first day the ray guns went on sale. Trucks were driving from the Daisy plant in Plymouth to Macy’s every single day. Once they expanded out to other stores, sales continued to be amazing.

They followed that up with the XZ-38 Disintegrator Pistol the next year. It was sold in stores, but also offered as a mail-away premium with Cream of Wheat and popsicles throughout the 30s. The molds and tooling were pulled out of mothballs after World War II and the ray gun re-issued as the U-235 Atomic Pistol. We’d love to see any of these, if you have one! 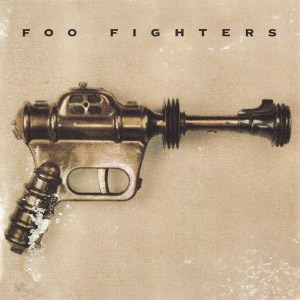 After the 1994 suicide of his friend and bandmate Curt Cobain, Nirvana drummer Dave Grohl recorded an album of original music as a cathartic project. He dubbed the project “Foo Fighters”, after the World War II nickname for UFOs, and passed it around. It attracted the attention of record execs and was released by Capitol Records on July 4, 1995.The cover image was a simple photo of a XZ-38 Disintegrator Pistol, which is virtually identical to the later Atomic Pistol. As you may have heard, The Foo Fighters have gone on to some success over the years.

One man’s beat up old toy is another man’s near-antique piece of pop culture history. That’s why it never hurts to let Back to the Past have a look at that box of toys before you decide to disintegrate it all. We bet you’d rather have some money in your pocket than some trash in your can!