What Is Mystique’s First Appearance? 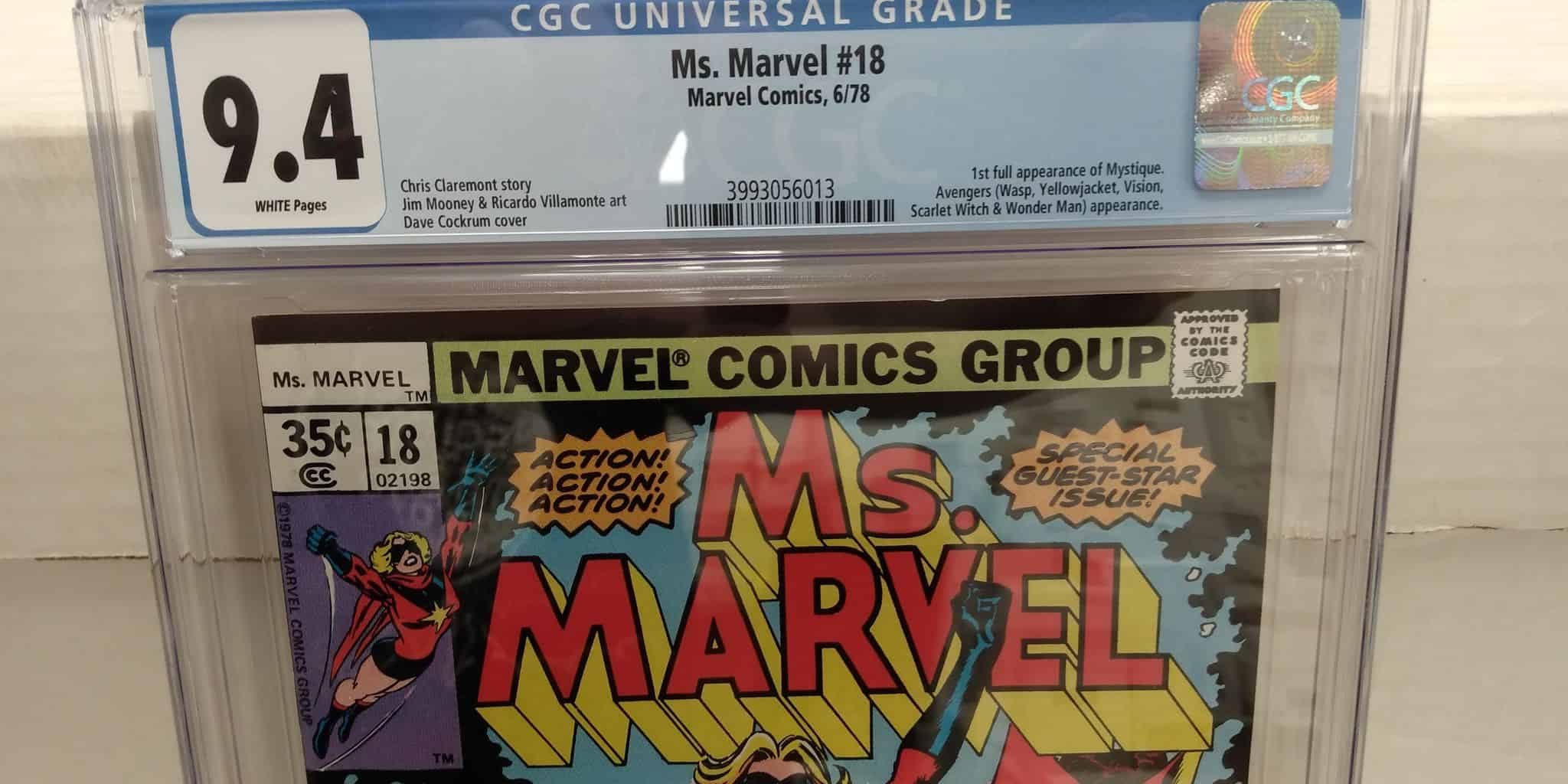 Welcome back to Consigned, Cool, & Collected! Every Monday, Back to the Past stops to gush about the cool stuff we see every day (or at least one item in particular). Today, as with the past few weeks, we continue to highlight comics from our upcoming May 21st comic auctions! Actually, a three night event from May 19 thru 21 will include a ton of Silver and Bronze Age Marvel Comics, including a couple dozen CGC graded key issues. Like today’s subject, a Ms. Marvel #18 that came back at a 9.4. 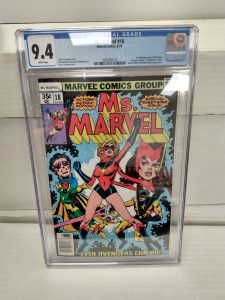 Most people know Mystique as the duplicitous mutant master spy, leader of the second Brotherhood of Evil Mutants, and mother to X-Men Rogue and Nightcrawler. But that’s not how she was initially conceived. No, writer Chris Claremont originally meant her to be the foe of a very different superhero: Carol Danvers, then known as Ms. Marvel!

While Ms. Marvel #18 is the character’s first full appearance, she’d made two cameo or otherwise shadowy appearances in the previous issues. In Ms. Marvel #16, a black-haired woman is seen observing Ms. Marvel’s adventuring from a distant rooftop. She monologues a bit about her distaste to for the heroine before the story returns to the action. The following issue saw an imposter Nick Fury lead federal agent Geoffrey Ballard to a top-secret armor/weapon system known as Centurion! Ballard dons the armor and “Nick” transforms into a double of SHIELD Agent Valentina Allegra de Fontaine to help them escape from the Helicarrier.

While Centurion fights Ms. Marvel and The Avengers, the mysterious black-haired woman observes from her office in the Pentagon. She is named as Raven Darkholme, agent of the Department of Defense. She shapeshifts into a blue-skinned form, cementing her as the false SHIELD agents from the previous issue. She is contacted by a mysterious spectral face that she addresses as “Lord” and is ordered to call off the attack. She capitulates, but monologues about how she doesn’t need this crap from him once communication is broken.

Leader of the Brotherhood Of Evil Mutants 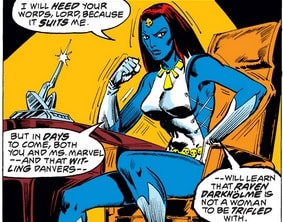 Mystique reveals her true form to the reader in Ms. Marvel #18.

And…that was it. Ms. Marvel was cancelled five issues after Mystique’s mysterious debut. As is a frequent problem with Chris Claremont plots, she wasn’t revisited, and the plot fizzled out there. She would spend two years on the shelf before Claremont found a good use for her as an X-Men foe.

Uncanny X-Men #141 kicked off the iconic two-parter “Days of Future Past”. In brief, the mind of the X-Men’s newest member, Kitty Pryde, is temporarily taken over by a version of herself from thirty years in the future (about 2010, amusingly enough). She’s come back to prevent the assassination of anti-mutant Senator Robert Kelly, which kicks off a wave of mutant persecution that leads to the near destruction of all humanity.

Who’s going to carry out the assassination? An all-new, all-different Brotherhood of Evil Mutants to match the all-new, all-different X-Men! It was lead by Mystique, still based out of her office at the Pentagon, and included longtime X-Men foe The Blob alongside brand new international members Pyro, Avalanche, and Destiny.

From Loose Thread to Legend 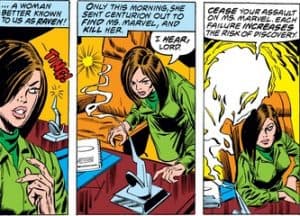 Mystique’s unexplained communication with her unseen “lord” from Ms. Marvel #18.

They, naturally, were defeated but escaped to fight another day. Their next appearance came in Avengers Annual #10, in which their brand-new teenage member Rogue (Claremont was really leaning into them being the anti-X-Men) permanently stole the powers and memories of Carol Danvers. They’d continue to battle Dazzler, Rom: Spaceknight, The X-Men, New Mutants, West Coast Avengers, and various other teams until the team was dissolved in the 1991 X-Book annuals.

Who was the “Lord” that Mystique was reporting to Ms. Marvel #18? Nobody knows but Chris Claremont. Much like fellow X-Foe Sabretooth, it’s not even entirely clear that she was intended a mutant in that appearance. But with Chris Claremont writing up to four X-Men titles at once across an unbroken sixteen years, a lot of villains he’d created elsewhere wound up folded into Marvel’s Mutant Mythos.

And that’s the great fun of older comics! A mystery villain who never amounted to much could be dusted off and turned into a legendary character. There were plenty of 70s era bad guys who didn’t amount to much after their early appearances, but only one of them was played by an Oscar winner in a quadrilogy of comic book movies.

Since Mystique really only appears in one panel of this ish, it would be easy for the untrained eye to skip right over this issue when looking for keys. Heck, we’ve met young Mystique fans who didn’t know she got her start battling Carol Danvers! That’s why letting the trained eyes of Back to the Past help you when it comes time to bring a collection, especially an inherited one you don’t know much about, to market pays dividends.