What is the Atari Lynx? 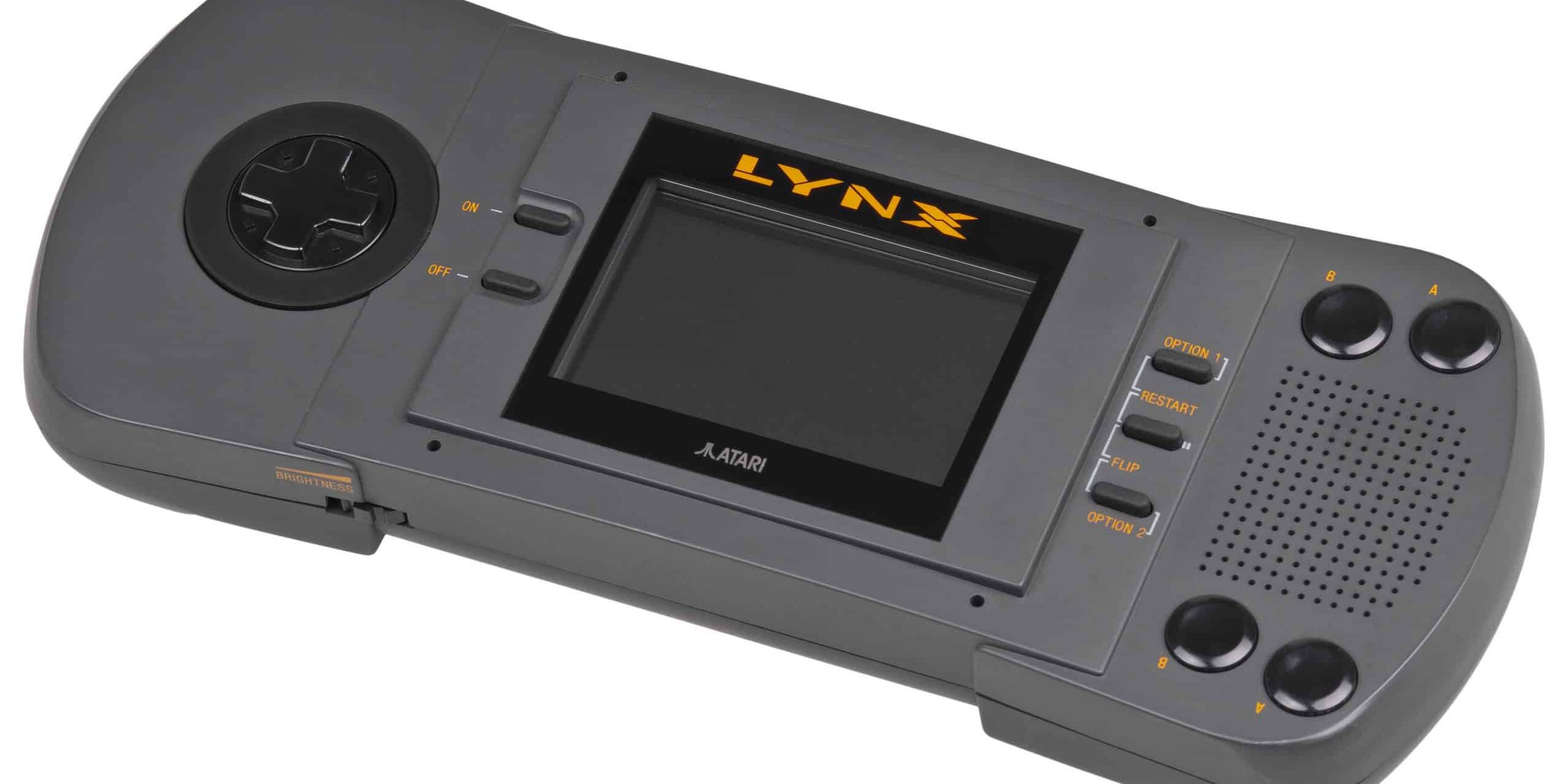 Welcome back to Consigned, Cool, & Collected! Every Monday, Back to the Past dives into the history of the cool collectible goods that pass through our doors every day. This week, we’re starting a look at nifty collection of 80s that came in recently. First off the pile is an Atari Lynx handheld, specifically the Lynx I. What was the Lynx?

Incidentally, that collection starts coming to auction on Saturday, June 11. That session includes a ton of vintage G.I. Joes and WWE merch (toys, shirts, DVDs, video games, et al), but notably not theLynx. It, as well as a Cobra Terror Drome, will be coming to the block on June 18th (catalog coming soon). 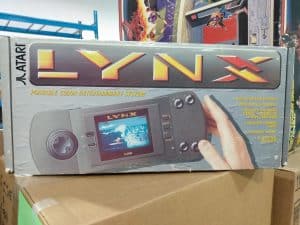 The Atari Lynx that came in recently!

The Lynx was Atari’s entry into the emerging handheld gaming market in 1989! Specifically, it was released on September 1st of that year. Just over one month earlier, the market had gotten its first major push with the release the Nintendo Game Boy. The Game Boy was an 8-bit system with a dot-matrix screen akin to a calculator’s, designed with right-handed players in mind (which, in fairness, is most players).

The Lynx, by contrast, supported both 8-bit and 16-bit graphics with a full color LCD display. It was also designed to be ambidextrous, meaning that lefties could flip the system upside down and play more comfortably. Furthermore, the Lynx was designed with multiplayer gaming in mind. The hardware could handle linking up to fifteen different systems together, though most software had lower limits. One of the system’s most popular games, Todd’s Adventures in Slime World, could support up to eight players.

By pretty much all standards, the Lynx was a greater technological achievement than the Game Boy. In fact, the Lynx’s biggest selling points wouldn’t be incorporated into the Game Boy line until the introduction of the Game Boy Advance in 2001, twelve years after the Lynx. But we bet that a lot of you have never heard of the Lynx. Why is that? 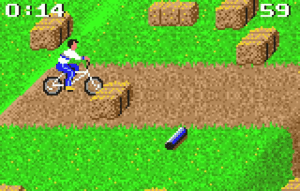 Screenshot from California Games, the Lynx’s most iconic game.

The Lynx set the tone for the handheld market going forward. Both the Sega Game Gear and TurboExpress (a handheld version of the full TurboGrafx-16 console and spiritual ancestor to the Nintendo Switch) boasted many of the same features as the Lynx. And all three boasted a higher MSRP than the Game Boy as a result. The Lynx retailed for $180 back in the day, the equivalent of $420 today. The Game Boy, on the other hand, retailed for $90.

Beyond the higher start-up costs, the color-screen systems had another major flaw compared to the Game Boy: battery life! Early 90s color LCD screens eat batteries like squirrels eat peanuts. Since the Game Boy ran, visually, on the same technology as a graphing calculator, it boasted considerably longer battery life. And since rechargeable batteries were not yet the standard for electronics, poor battery life was a considerable added expense.The Lynx could support 4-6 hours of play time on six AA batteries. The Game Boy could manage thirty hours of play on four batteries.

Both factors immediately limits its audience considerably. Additionally, Atari began focusing on their new home console system, The Jaguar, in 1993. Neither system was exactly a best seller and splitting limited resources between the two short-changed both. The Lynx ended up with just seventy-six officially supported games released during its six year lifespan. Sega’s Game Gear, which suffered from many of the same drawbacks and had a comparable lifespan, had over three hundred.

One thing that sets the Lynx apart from the Game Gear or Game Boy is that Atari is now defunct while Sega and Nintendo are still going fairly strong. Hasbro, who owned the Atari assets in the late 90s, declared the Jaguar as an “Open Platform” in 1999. That meant that anybody could develop software for it without needing approval or a license. While the Lynx wasn’t necessarily legally part of that declaration, fans consider it to have spiritually been so. 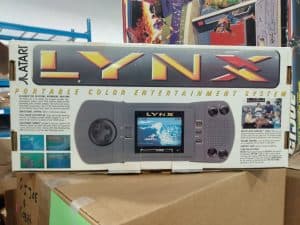 The back of the box!

As such, the most recent brand new Lynx cartriges we found came out last year. With the current “retro gaming” boom, the Lynx is an ideal platform – high tech for its day, of decent quality even by modern standards, and considered a failure best left forgotten by any corporation who might still own the idea of it. No one with money and lawyers cares if some guy programs a new Lynx game and loads it onto a replica cartridge.

Like with the public domain superheroes often chronicled over on My Hero, the modern fun of the Lynx comes from it being beneath major corporate notice. It has become a cult classic and a new frontier for folks who want to create new retro games. It’s terrific fun that we get to handle one now. To most folks, a failed video game system forgotten by even its corporate owners is prime fodder for the garage sale or garbage dump. Knowing there’s a small-but-thriving market for a system like this is what we do, and we’re here to help you when it comes time to sell your collection. Until then, keep enjoying other people’s collections each week in Consigned, Cool, & Collected!