Who is The X-Men’s Fallen Angel? 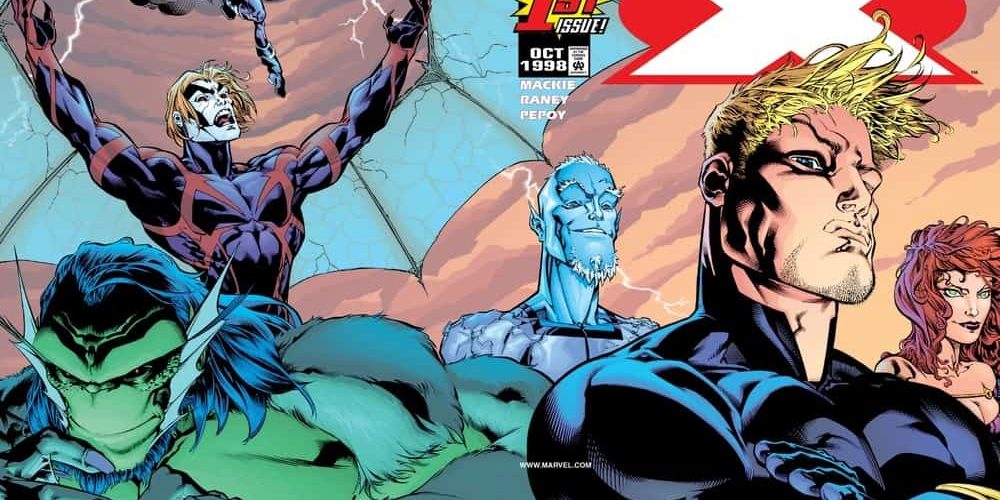 Welcome back to My Hero! Each week, Back to the Past uses this column to tell you why the obscure characters from our custom action figure collection are great! Years ago, we purchased the life’s work of an artist and comic fan whose chosen medium was granting forgotten comic characters the action figure immortality denied to them by major toymakers. We’re still sorting through it all, and we’re making new finds every week! This week’s find, who will soon be available on ebay, is Mutant X’s The Fallen. 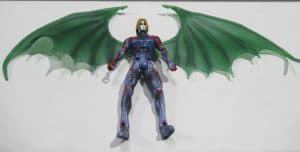 The Fallen, as he came in with the Custom Action Figure Collection.

X-Factor #149 brought the Marvel mutant series to an EXPLOSIVE end! See, unhinged team member Greystone’s homemade time machine exploded in midair. This appeared to take the life of the team’s longtime leader Havok until Mutant X #1 hit the stands. That issue revealed that Havok hadn’t been killed but instead sent across the multiverse to replace one of his variants.

In this world, his elder brother Cyclops hadn’t been the X-Men’s stalwart leader – he had. When Professor X appointed Magneto the X-Men’s new leader in his absence, it was Havok who lead a breakaway swuad. Instead of the fake mutant hunter team X-Factor, these mutants formed The Six. 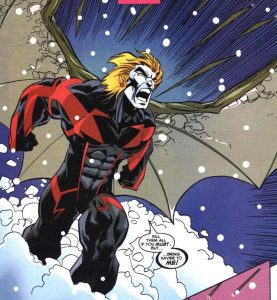 The Fallen from the pages of Mutant X.

The status quo of this Marvel universe was more-or-less that of 1988, with one major exception: everything had gone worse. Beast had devolved into a stupid amphibious Brute rather than a blue-furred genius. Storm’s encounter with Dracula had permanently turned her into a vampire. And, most glaringly,Angel’s transformation into a Horseman of Apocalypse was decidedly more…extreme. Known as The Fallen, this Warren Worthington III had demonic leathery wings and the ability to breathe fire added to his repertoire instead of metal wings with razor feathers. He also had claws on his fingers, fangs, and ash-white skin. He lived up to his demonic look, becoming cold and cruel to even his old friends.

The Fallen quickly betrayed his teammates in The Six alongside the possessed Goblin Queen, acting as the Queen’s right hand man as she conquered New York City. The forces of evil were ultimately defeated by Havok and his allies (including Doctor Doom, Magneto’s X-Men, and more) in Mutant X #12. The Fallen disappeared from the series until #19, where he lead the Horseman of Apocalypse in teaming up with The Six and The X-Men to fight The Shadow King. While he would make cameos in flashbacks and such after that, The Fallen hadn’t really made up with Havok or improved himself at all by the time the series ended with #32.

So if X-Men completists want an action figure of him….they’re in luck because Toy Biz made one in 2001? Huh, guess being owned by a toy company has its perks. Indeed, as the comic series neared its end, Toy Biz released a set of four Mutant X figures through the Diamond Previews catalog. Havok, Goblin Queen, Bloodstorm, and The Fallen (not coincidentally the characters most similar to exiting molds) were immortalized in plastic. The Fallen is somewhat poorly thought out, with his heavy wings making it very hard to stand him up.

The creator of our Custom Action Figure collection also collected regular action figures, with obscurities like The Fallen being a favorite. As such, more than one well-meaning B2P staffer has “rescued” him from a box of non-custom figures being culled from the collection. Frankly, if the customizer had made him then his wings would be better balanced! That said, we love to see action figures even if they are mass produced. If you’ve got a toy collection you’re looking to sell, please get in touch! And come back here next week for a REAL custom action figure – we promise.