Why Fantastic Four #1 is Important 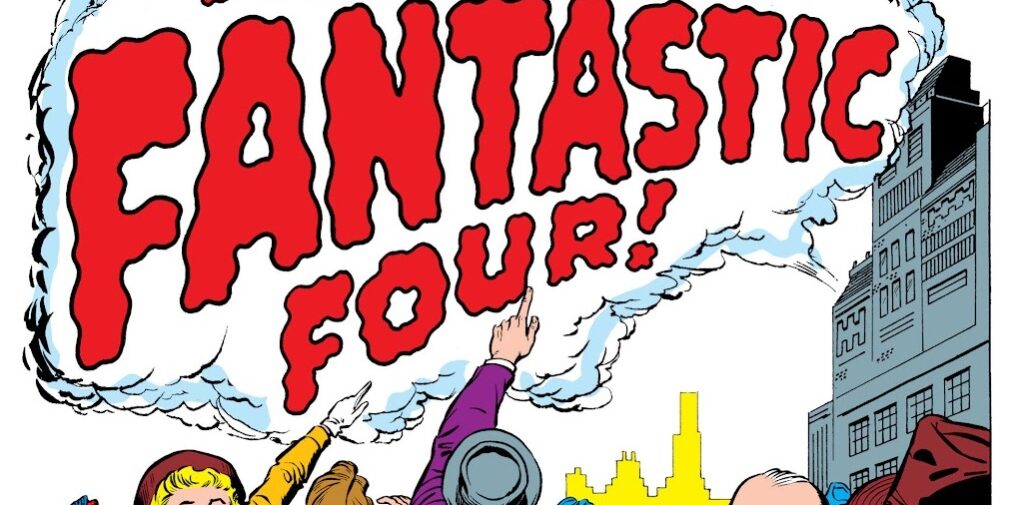 We here at Back to the Past are pleased as punch to have a copy of Fantastic Four #1 coming to auction this weekend! While the Fantastic Four have been a lil out-of-focus in the Marvel Studios era, they are poised to get their due pretty soon. Which is good, because the Marvel Cinematic Universe would not exist without them! How’s that? Read on!

Fun Fact: Stan Lee was the cousin of Martin Goodman, founder and original owner of Marvel Comics. Goodman hired him, with nepotism playing a role, when he was just a teenager in 1939. By 1941, he’d worked his way up from coffee boy to writer and editor.  And by the early 1960s, Stan was the only editor working there. He was also one of approximately two writers working there, with his brother Larry Lieber helping out on a few stories each month. He needed the help since Marvel published out 8-12 titles a month on a bi-monthly alternating basis for a total slate of about twenty-two comics. Marvel had a hard cap on how many titles they could put out a month because their distributor, Independent News, was the parent company of DC Comics. Suffice it to say, the concept of “The Big Two” didn’t exist yet and Marvel certainly wasn’t a multi-billion dollar-empire. 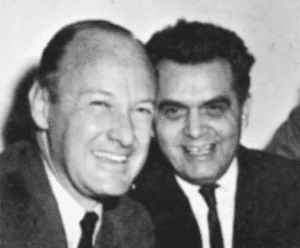 The company’s main strength was its pencillers like Jack Kirby and Steve Ditko. Both were talented artists who could draw compelling stories and do so very quickly. Kirby in particular was practically a human printer, meaning he was working on nearly as many titles as Stan. Both artists enjoyed the creative freedom they had at Marvel. See, Stan Lee didn’t have time to do much else besides rough out a plot with the artists and then slap dialog on the finished art. The actual meat of the story? The artist provided that.The closest artists at DC got to that kinda freedom was drawing a wacky cover for the writer to explain.

By 1961, DC Comics had successfully revived its line of superhero titles after a short period of dormancy.  Their latest hit was the Justice League of America, a team-up of superheroes from various titles. Martin Goodman instructed his cousin Stan that Marvel needed a new series that could compete with the JLA. Which was a crazy ask, since Marvel hadn’t published superhero stories in the better part of a decade. In fact, their 1953 attempt at a superhero revival had fizzled after less than a year – and they had the money for a full creative staff back then!

A nonplussed Stan Lee, who was perfectly happy scripting vaguely Twilight Zone-y sci-fi tales, tried to figure out how to launch a superhero book. His wife Joan provided him with a simple suggestion: don’t try to write a traditional superhero book. Write a Marvel superhero book. Stan Lee grabbed his fastest artist, Jack Kirby, and together they created the Fantastic Four! 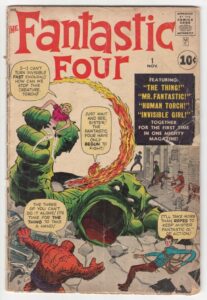 Fantastic Four #1 hit newsstands on August 8, 1961. Structurally, it’s very similar to the sci-fi anthologies that Marvel was bread and butter at the time. The first chapter told the tale of four amateur astronauts whose moonshot had left them mutated in ways that made them powerful but not all happy. The second saw those four investigate giant monster attacks on nuclear plants. And the finale featured the Fantastic Four battling The Mole Man, the mastermind of the plot and human ruler of a subterranean race of monsters.

By aping the sci-fi format, the Fantastic Four were able to go things other superheroes of the day did not. The Thing, the team’s rocky strong man, hated his monstrous appearance. The Human Torch, a new version of a Golden Age Marvel mainstay, was a hip, hot-headed teenage hot rodder. The team bickered like actual friends and colleagues while still having each other’s backs in a fight. Moreover, The Mole Man had some legitimate grievances with the world. Sure, using an army of monsters to steal nuclear power plants is wrong but he was genuinely shunned by society for being ugly. Compared to the square-jawed professionals, effortless teamwork, and openly evil alien overlords found in the page of Justice League, the Fantastic Four felt like real people.

The Marvel Age of Comics

The Fantastic Four would go full-on superhero with issue three, where they gained their iconic blue uniforms. Issue four brought back Marvel’s top Golden Age hero, Namor the Sub-Mariner, as a foil for the new heroes. That same month saw the introduction of Marvel’s second sci-fi tinged superhero title, another Lee & Kirby effort called The Incredible Hulk. More heroes, all created in the same angsty sci-fi anthology mold, would follow. Within the year the company was a leading light in the Silver Age superhero revival. Amusingly, one of the last such heroes to be created in this initial spurt was Iron Man.

The F4 remained some of Marvel’s biggest stars until the X-Men relaunch of the 70s re-arranged the pecking order. Even so, their place in the company’s history earned them quite a bit of respect from Marvel fans. We certainly hope they get a chance to shine, if not take their place as Marvel’s First Family, when they make their MCU debut.Join us in toasting them in the comments below or on social media @b2pcollect! And if you have a collection of these early Marvel Comics that you’re looking to sell, we’d be honored to help you make that happen.