1 out of 5 – Would Recommend: Avengers Grimm: Time Wars 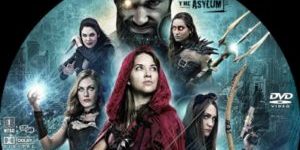 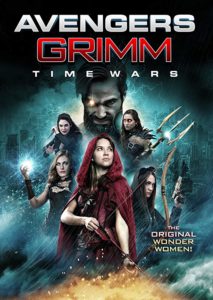 Welcome back to 1 out of 5 – Would Recommend, where Ralph Breaks the Internet reminded me that I had a new entry in my favorite schlocky franchise to watch – Avengers Grimm: Time Wars!

The Atlantean despot Magda the Mad needs the willing hand of Prince Charles Charming in marriage to unlock some kind of magical…stuff. He’s not too keen on that plan and has made his way to our world in attempt to escape her, making this lover’s quarrel the problem of Looking Glass. Even Earth’s primary defense against renegade fairy tales know when they’re outclassed, so Alice recruits the remaining three Avengers (Snow White, Sleeping Beauty, & Red Riding Hood) to end Magda’s threat to the multiverse of fairy tale dimensions. 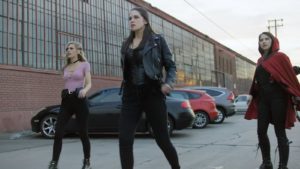 The Asylum, naturally – who else would be making an Avengers: Infinity War mockbuster starring fairy tale characters? It explicitly links their previous Avengers: Age of Ultron mockbuster, Avengers Grimm, and their Suicide Squad mockbuster, Sinister Squad, with a surprisingly large dose of X-Men: Days of Future Past and a smidgen Aquaman mockbustering tossed in for flavor.

Where is a good place to sell Avengers movie memorabilia online?

The charm of this franchise has increased with each new installment, as the creation of a shared universe (such as it is…) requires at least a little care on the part of the production team. You should know what you’re getting into, but it is a fun way to waste a cold & rainy afternoon (and it’s streaming on Amazon Prime).