1 out of 5 – Would Recommend: Avengers Grimm 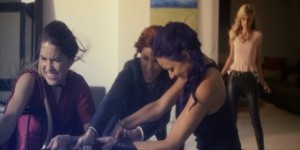 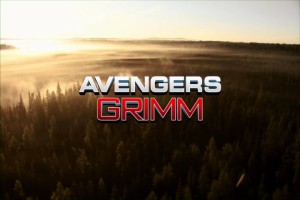 Welcome back to 1 out of 5 – Would Recommend, where you’re getting more of a review than a recommendation today. On April 14, an unusual sight hit the shelves of major retailers – Avengers Grimm. Wholly unrelated to Marvel’s blockbuster franchise, it is a mockbuster from the nutbars at The Asylum. Naturally, it had to end up here.

Rumpelstiltskin (played by Starship Troopers star Casper Van Dien) plots to conquer our world with an army of zombified thralls and the only people who can stand in his way are the Fairy Tale World’s super power princesses – The icy Snow White, the instant knockout Sleeping Beauty, the generally magical Cinderella, the resiliently haired Rapunzel, and the non-magical commoner Red Riding Hood! It’s like someone wrote a screenplay based on seeing a commercial for Marvel’s The Avengers while watching ABC’s Once Upon A Time while half asleep. 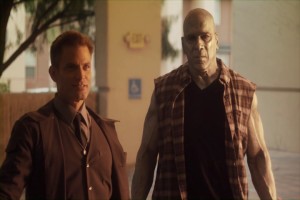 “Remember when we were better than this, Lou?” “…Not really.”

The Asylum AKA the studio that makes the Sharknado  series (number three is coming later this year). While that SyFy Original RiffTrax fodder is their most famous work, their stock-in-trade is really the mockbuster – the dollar store version of big budget Hollywood movies. Their filmography is extensive with notably transparent entries including AVH: Alien Vs. Hunter, Snakes on a Train, Atlantic Rim, Abraham Lincoln Vs. Zombie, and The Almighty Thor.

Is it worth watching?

Yes and no. It’s certainly a fun little movie, in a stupid way, but it suffers from the same problem most of The Asylum’s movies do – no one cared. It was made to cash in on the lucrative Fairy Tale and Super Heroes markets by blending both, with no love put into it. What makes The Room, Birdemic, Plan 9, et al great is that they were labors of love made by people who just weren’t up to the task. Even Reb Brown’s Asylum-esque films are memorable because he puts his musclebound all into them. This movie isn’t going to have that kind of cult staying power, but you and friends will have fun watching it…particularly if you invite liquor to your party.

NEXT WEEK: In honor of the first RiffTrax Live event of the year, we give you five reasons to check out RiffTrax’s Video on Demand service!