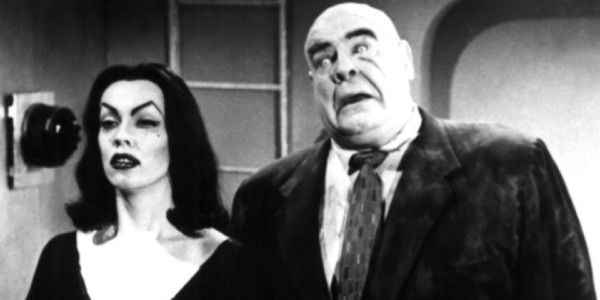 Welcome to 1 out of 5 – Would Recommend, where infamously bad films are given the respect they deserve. We start where the “genre” really takes off – 1959’s legendary Plan 9 from Outer Space!

Aliens come to Earth to build an army of Zombie slaves in order to prevent mankind from destroying the universe. They proceed to screw around in a suburban California graveyard and make three zombies before being defeated.

It is the original “Worst Movie Ever Made”! It’s the movie that the gang from Seinfeld was going to see when they got stuck in that Chinese restaurant, Mike Nelson of Mystery Science Theater 3000 & RiffTrax provided commentary for one of the DVD releases, Tim Burton made a movie about the career of its creator (1994’s Ed Wood, a genuinely great flick), It’s a pop culture phenomenon! What more reason do you need? How about this – it’s public domain, so you can go watch it free and legal right now. Go forth and enjoy!

NEXT WEEK: The eminently worthy challenger to Plan 9’s throne as the worst of all time, 2003’s The Room!