1 out of 5 – Would Recommend: Sinister Squad 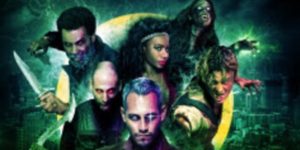 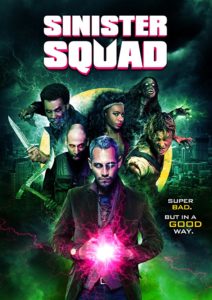 The poster, with most of the team and baddies.

Welcome back to 1 out of 5 – Would Recommend, where this week I discovered the sequel to a previously profiled flick on Amazon Prime and just had to inflict it up my readers share it with you all. It is Sinister Squad, the 2016 sequel to 2015’s Avengers Grimm and a mockbuster of Suicide Squad.

After the shattering of the Magic Mirror and the rending of reality in Avengers Grimm, monsters from the fantasy world are finding their way onto Earth. Alice, a mysterious Earth native who has experience with the fantasy lands, has recruited Tweedledee & Tweedledum, the Mad Hatter, Goldilocks, & the Pied Piper of Hamelin to be her agents and assistants in imprisoning these mystical monsters in a black site called Looking Glass. They’ve captured the Big Bad Wolf, Rumpelstiltskin (who has lost his powers, sanity, and name actor after his defeat in the last flick), Bluebeard, The Queen of Hearts, and the Cannibal Witch. Unfortunately, a siege by a militant cult of whackos called Death’s Messengers force the jailers to ally with their prisoners to save their own skins – and the world. 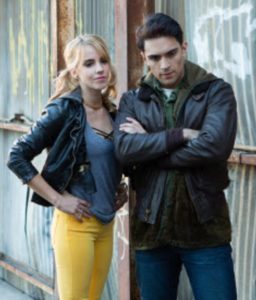 The undisputed masters of the mockbuster, the good people at The Asylum. The third entry in this loose trilogy, Avengers Grimm: Time Wars debuted this year.

Against all odds, The Asylum has created a more compelling cinematic universe here than some major studios. While the movie is everything you’d expect a mockbuster that steps down from the star power of Casper Van Dien and Lou Ferigno, I’d argue that its an improvement over Avengers Grimm in the sheer fun department. They even give Rumpelstiltskin a sensible explanation for transforming from a Loki wannabe into a Joker wannabe, more than anyone expected from this flick. 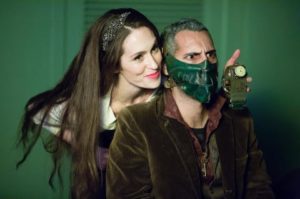 Alice’s exploding watches are actually more in line with the original Suicide Squad comics than anything in their movie.