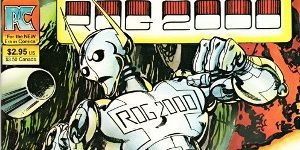 Hey there all, I’m back with a RETRO REVIEW (finally, some might say).  This week I have pulled from the comic book vault The Complete Rog 2000, dated July 1982, and published by Pacific Comics.  It magazine sized, i.e. 8 and 1/2 by 11 inches, rather than comic book sized.  The contents are reprints of the Rog 2000 strip that originally ran in the Charlton Bullseye fanzine and then as back-up stories in Charlton Comics’ E-Man comic book.

Let’s start with the front cover: 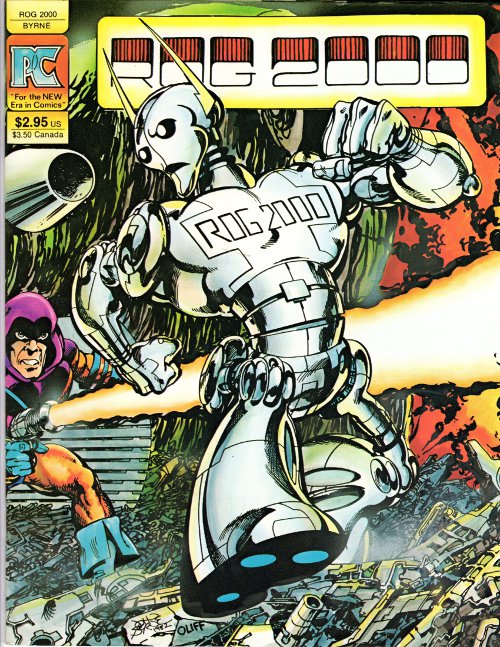 It is pencilled and inked by Rog 2000’s creator, artist John Byrne.  And it actually is a full wrap around cover, so take a look at the reverse side, i.e., the back cover, as well: 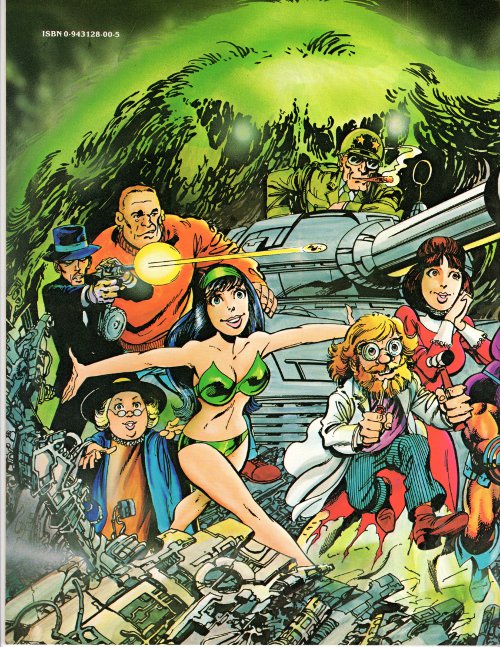 As I mentioned, this book/magazine reprints five (5) stories.  The first which originally appeared in The Charlton Bullseye fanzine put out by the CPL Gang is entitled; “The Coming of the Gang” and it was written by Roger Stern, pencilled by Byrne and inked by both Byrne and Bob Layton.  It runs just six (6) pages and introduces the reader to the robot, Rog 2000, as well as, the members of the CPL Gang.

Following that is another eight (8) page story, entitled; “That was no Lady”, written by Cuti and pencilled and inked by Byrne.  Immediately thereafter is seven (7) page story entitled: “Withering Heights” with script by Cuti and art by Byrne.

A pretty nice package collecting all of the Rog 2000 stories in one place.  The series is not a serious comic by no means, but it is highly entertaining and a chance to see John Byrne’s early artwork before he hit it big at Marvel Comics, and later at DC Comics.

If you can find it, I say, definitely pick it up!  That’s it for this week’s RETRO REVIEW.  Please tune in next week for a new Fabulous Find, or who knows, maybe to mess with you another RETRO REVIEW.  You just never know!