1 Out of 5 – Would Recommend: Cool Cat Saves The Kids 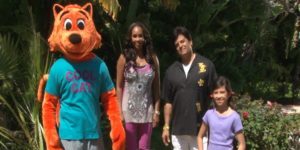 Welcome back to 1 out of 5 – Would Recommend, where we genuinely thought that Sharknado 2: The Second One would be the low point of Vivica A. Fox’s career. Today, we’re being proven wrong by 2015’s Cool Cat Saves The Kids. 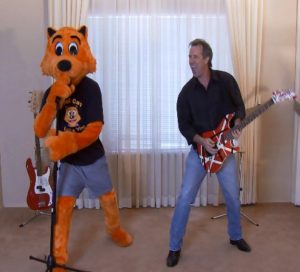 The man himself. And Derek Savage too.

Derek Savage, a Hollywood based novelist and screenwriter. He created the character of Cool Cat, whom he has written at least six picture books about, and also written the novels Devil President and Midnight Stripper. He’s better at filmmaking than a James Nguyen, possibly even Tommy Wiseau-good (this column grades on a curve), and his heart is in the right place.

Also, Cool Cat is credited as an associate producer, which is odd. Where can I sell my movie memorabilia collection?

Cool Cat Saves The Kids is to children’s films as The Room is to romantic melodrama, which is really the only reason to watch it. It’s approved by the Grand Rapids, MI-based Dove Foundation as family friendly, proving that they’re OK with a human male having sexual relations with an anthropomorphic cat as long its in the bounds of marriage. 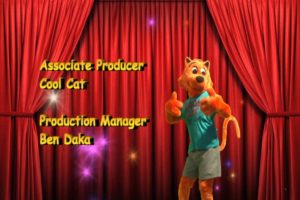 NEXT WEEK: It is ungodly hot as I write this, so I’m picking 2009’s SyFy original film Ice Twisters out of my “to be watched” file.