1 out of 5 – Would Recommend: Icetastrophe 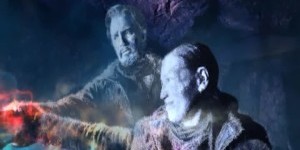 Welcome back to 1 out of 5 – Would Recommend, where SyFy originals get further than art house pictures. In honor of winter finally deciding to get started, we’re watching the 2014 disaster movie (in several sense of that phrase) Icetastrophe. 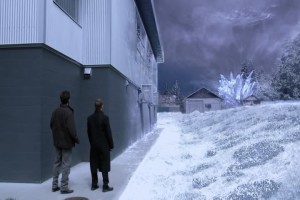 Damned Kryptonians, always moving in and wrecking the property values.

A mysterious meteorite crashes near a small town, sending waves of deadly flash freezing ice in all directions! It’s up to an astrophysics grad student and a local handyman to save the town before everyone in it is turned into human popsicles. Standard “This person is missing in the disaster” or “This person is a coward in the face of danger” drama is added to taste.

The Artist Formerly Known as the Sci-Fi Channel. It’s the kind of low budget, bad CGI schlock that anyone who’s ever heard of their original features has come to expect.

This is not a good movie. It’s a rehash of The Day After Tomorrow’s disaster, there is approximately zero science in the fiction, it beats you over the head with its Christmas setting, and its plot is paint by numbers from start to finish. That having been said, it’s a fun little ride not unlike the disaster movies of the 1970’s and is a fine way to waste an afternoon. It’s on Netflix, so go forth and enjoy it with my blessing. 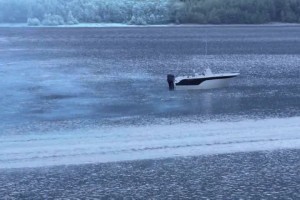 NEXT WEEK: We start counting down to Batman V. Superman: Dawn of Justice by examining the last attempt to bring Wonder Woman to live action, the 2011 NBC Wonder Woman pilot.

Category: TV & MoviesBy Chris WalkerMarch 8, 2016Leave a comment
Tags: 1 Out of 5 Would RecommendIcetastrophe