1 out of 5 – Would Recommend: Legends of the Superheroes 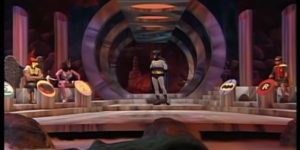 Well, there were actually two specials to air under this title. The first, “The Challenge”, saw the Justice League face off against a team of supervillains who’ve activated a doomsday device! They’ve got an hour to locate the baddies hideout and shut it off, but the villains will do everything in their power to stop them – will our heroes succeed?
The second, “The Roast”, saw the JLA come together to be roasted in the style of the Friar’s Club by Ed McMahon, their allies, their families, and their enemies.

The specials were produced and directed by TV industry veteran Bill Carruthers (who cut his teeth on the Soupy Sales Show in his native Detroit) under TV Hall of Famer Joseph Barbera for NBC.

The specials are utterly cheeseball and low budget, but that’s their charm – they are intentional comedies! If you want something for serious, watch “Crisis on Earth X” on the CW – the first half aired last night (and is streaming on their app), the second half will air tonight. 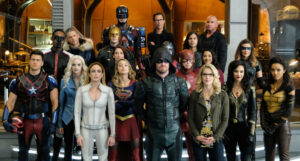 Fun Fact: Crisis on Earth X will clock in at 18 superheroes, beating Legends’ record of 11.