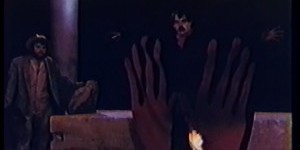 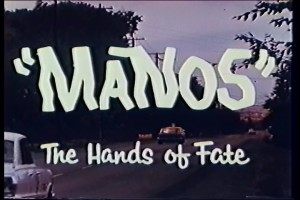 Welcome back to 1 out of 5 – Would Recommend, where there’s no such thing as “too obscure”. Today we’re talking about a gem rescued from the annals of obscurity by Mystery Science Theater, “Manos” The Hands of Fate!

A family of three (father Michael, mother Margaret, and little daughter Debbie) get lost in the desert while driving to their family’s vacation destination. They opt to stay at a strange house run by the Igor-esque Torgo, and no good comes of it.

Harold P. Warren, an El Paso, TX fertilizer/insurance salesman and actor who made the film on a bet. As seen in previous installments of this column, writing/directing/producing/starring in a motion picture is not always a wise idea for amateurs, and Warren proves no better at it than anyone else profiled within these pages.

“Manos” The Hands of Fate was rescued from obscurity by a 1993 episode of Mystery Science Theater 3000 (available on MST3k’s official YouTube channel) and has since become a mainstay of “Worst Movies Ever Made” lists. It is a cult classic and eminently worth watching, although solitude is not recommended and ditching sobriety might help it along. In addition to the classic MST3k episode, the film is also subject of a RiffTrax Live, available on VOD, that makes the whole thing easier to take. Whether you watch it riffed or unriffed, you should check out Manos just to say you did. 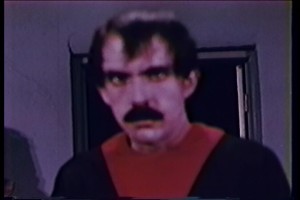 I think the movie needs glasses.

This movie was used as a crucial, murder-solving clue on CBS’ Sherlock Holmes police procedural Elementary earlier this year. For real .

NEXT WEEK: Roger Corman brings a classic superheroine to life in 1996’s Vampirella!

Category: TV & MoviesBy Chris WalkerMay 26, 2015Leave a comment
Tags: 1 Out of 5 Would RecommendManosMST3KRiffTraxTorgo