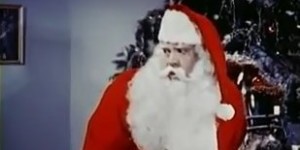 Welcome back to 1 out of 5 – Would Recommend, where Santa Claus is coming to town! We’re ending our Christmas schlocktravaganza with my personal favorite take on the Father Christmas mythos, 1959’s Santa Claus!

On Christmas Eve, Santa Claus does battle with the demon Pitch for the goodness of the world’s (ok, Mexico’s) children! It is significantly less epic than that makes it sound. 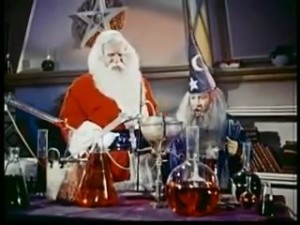 Santa may be King Arthur in this movie, BTW.

Well, as alluded to above, this film was actually produced in Mexico, where the “Santa Claus” concept wasn’t as big of a deal as it was in America (which explains some stuff you’ll see under Five Reasons to See It). It was distributed in America by K. Gordon Murray, whose business model was to cheaply buy the rights to foreign family films, dub them with similar thriftiness, and release them on the matinee circuit. He released 70 movies in 15 years and died of a heart attack while fighting the IRS, making him one my film industry heroes. 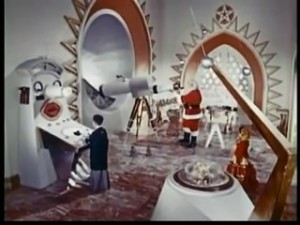 Containing a Command Center worthy of the Power Rangers.

As you can no doubt see, this movie has the most batcrap insane take on the Santa Claus mythology ever seen in a Christmas movie. When that’s combined with shoddy dubbing and a not-so-great flick to start with, you get a Christmas miracle. It’s worth watching on its own, but there are Mystery Science Theater 3000 (which cuts Vulcan) and RiffTrax Live versions available as well.

NEXT WEEK: I’m not wholly certain yet, as it will depend on what Santa Claus and Merlin put in my stocking. Either it will be a Roger Corman knock-off of Star Wars or a classic of so bad its good I’ve been waiting for a special occasion to break out.

Oh, and I almost forgot: 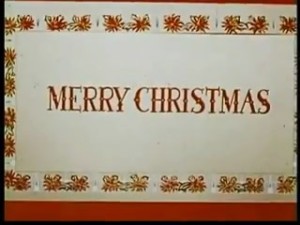