1 out of 5 – Would Recommend: Street Fighter The Animated Series 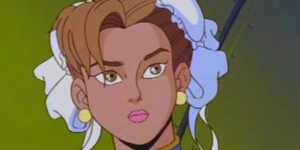 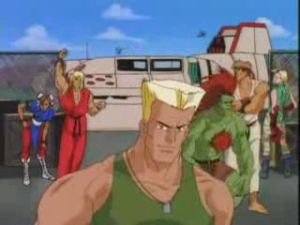 Welcome back to 1 out of 5 – Would Recommend, where this week I discovered a childhood favorite was on Amazon Prime – 1995’s Street Fighter: The Animated Series!

Colonel William Guile, one of the world’s top martial artists, has been dishonorably discharged from the military and is traveling the world living off the underground fighting circuit…at least, that’s what the public believes. In reality, he’s leader of a top secret unit called “Street Fighter”, uniting the world’s finest martial artists to battle the super criminal forces of Shadaloo!

Some production company called InVision Entertainment that doesn’t even seem to have a Wikipedia entry. It aired as part of the USA Action Extreme Team alongside Mortal Kombat: Defenders of the Realm, Savage Dragon, WildC.A.T.S., Ultraforce, and Double Dragon. 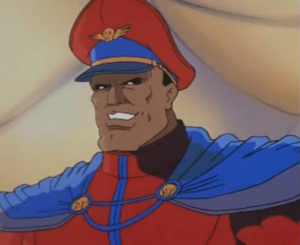 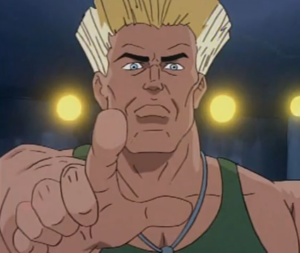 This is pure 90’s cartoon cheese, and I wouldn’t have it any other way. While not as fun as the movie from which it takes inspiration (which I hold in the same regard as 1966’s Batman: The Movie and 1980’s Flash Gordon), it definitely has its moments. A great, low effort show to keep on in the background for nostalgic 90s kids.

Come Back Next Week for a New Installment of Strange times & Places!