1 out of 5 – Would Recommend: Street Fighter 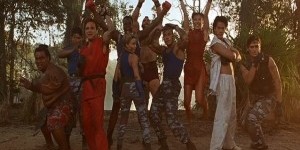 Welcome back to 1 out of 5 – Would Recommend, where today we’ll try to change your mind about 1994’s Street Fighter movie. This film is generally regarded as one of the worst video game adaptations out there…and it’s not a great adaptation of its namesake series. But it is funny – on purpose! Probably!

The same kind of intentional, straight faced ridiculousness you find in 1966’s Batman: The Movie  and 1980’s Flash Gordon (both, unlike this film, written by the late Lorenzo Semple, Jr.). It takes the sillier elements of the Street Fighter franchise and of the stop-the-megalomaniac action movie and plays them even bigger than usual, resulting in something that is hilarious without being aware of its wackiness. Not that this movie does it nearly as well as Semple’s work, but its reputation as a “bad” movie seems somewhat undeserved. 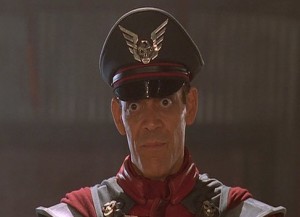 The Craziest of Crazy Eyes

Just try watching the movie with a fresh pair of eyes, trying to see it as an action movie parody rather than a failed attempt at a straight action movie. Heck, watch Batman: The Movie beforehand to put yourself in the right headspace. Prove us wrong, World! 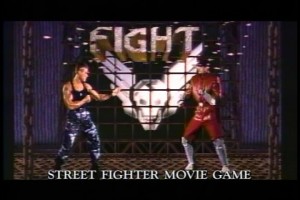 The film also inspired Street Fighter: The Movie, the game, a rare video game based on a movie based on a video game. For bonus points, it’s actually a Mortal Kombat rip-off.